Malta: Maltese Foundations And Potential Benefits When Re-Domiciling A Foreign Foundation To Malta 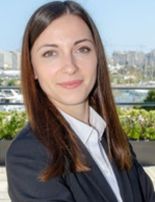 Malta foundations are governed by the 'Civil Act' and the 'Voluntary Organisations Act' and are constituted as a legal entity. Under Maltese law, a foundation can be set up either as a private foundation or a purpose foundation, and can have any legal and lawful purpose, not only social or charitable.

The main difference between trusts and foundations is that in the case of a trust the settlor settles assets to a trustee to hold for the benefit of the beneficiaries, a foundation entails the creation of an entity with separate legal personality distinct from founders, administrators and beneficiaries.

What are the Potential Tax Advantages in Relation to a Malta Foundation?

Malta foundations can; either be treated as a company which is resident and domiciled in Malta and will therefore benefit from the full imputation system of taxation, OR the administrators may irrevocably elect for the foundation to be treated as a trust for tax purposes.

Election to be treated as a trust gives rise to beneficial private asset planning opportunities, in particular, when the Founder and beneficiaries are not resident and/or domiciled in Malta:

Re-domiciliation of Foreign Foundations to Malta

A foundation formed and incorporated or registered under the laws of a state within the European Union or the European Economic Area, with legislation which is similar in nature to Maltese legislation, can be redomiciled to Malta.

If a foreign foundation is governed by a law which does not provide for continuation, such a foundation may be redomiciled to Malta, if authorised to do so by its instrument of constitution or statute and having filed a request to the Malta Registrar to register as being 'continued' in Malta.

Continuation rules can also be applied to foundations incorporated or registered under the laws of other countries, if the Maltese Minister of Justice approves this action by 'notice' in relation to a specific country. Such a decision is likely to be reviewed from time to time.

Continuation, in Malta, of a foreign foundation requires the adoption of Maltese law to govern the statute from the time of registration. Compliance with all matters relevant to the specific legal form of foundation is required as well as compliance with any other applicable law relating to the foundation's activities or administration.

A Malta foundation may re-domicile to continue in any state within the European Union or the European Economic Area, as long as it is authorised to do so by its instrument of constitution or statute. After the relevant procedures have been followed, the Registrar will terminate the registration of the foundation in Malta.

The Advantages of 'Continuation' of a Foundation – Permitted under Maltese Law

Up until the end of 2018, the only way to re-domicile a foundation from a foreign country to Malta was for the foreign foundation to establish a Malta foundation, appoint its assets to it and unwind the pre-existing foundation.

ARTICLE TAGS
Malta Wealth Management Wealth & Asset Management
POPULAR ARTICLES ON: Wealth Management from Malta
An Analysis: Trusts Vs. Foundations
Carey Olsen
Trusts and foundations are both effective vehicles for asset protection, succession planning and charitable endeavours.
Deeds - Types And Advantages
Simcocks
A deed or any other written agreement provides evidence of the transaction it relates to.
Establishing And Administering An Isle Of Man Foundation (2 Of 3)
Dixcart Group Limited
This is the second in a three-part series we have produced on Foundations, building up to a webinar hosted by experts who can help you to meet your clients' needs.
Why Choose A Maltese Foundation?
Dixcart Group Limited
This Article begins by reviewing a number of generic reasons to use a foundation and then considers the specific characteristics and benefits that can be provided by a Malta foundation.
Key Benefits Of Using BVI Structures
Harneys
Companies incorporated in the BVI are, by most measures, the most popular offshore holding structure in the world
Family Business Regulations In The UAE
BSA Ahmad Bin Hezeem & Associates LLP
A family business is any business in which two or more members of the same family are involved and most of the ownership or control lies within such a family.
FREE News Alerts
Sign Up for our free News Alerts - All the latest articles on your chosen topics condensed into a free bi-weekly email.
Register For News Alerts
Article Tags
Malta Wealth Management Wealth & Asset Management
Related Articles
Why Choose A Maltese Foundation? Dixcart Group Limited
Practical Considerations For Asset Managers In Light Of COVID-19 Outbreak Camilleri Preziosi Advocates
Malta Foundations Mamo TCV Advocates
All Foundations And Associations To Submit Beneficial Ownership Information By 30th June 2019 Mamo TCV Advocates
Re-Domiciliation Of Foundations To Malta Mamo TCV Advocates
Mondaq Webinars
US Magistrate Judges on the Art of Settlement
JAMS
Webinar Chicago United States
Current Issues in the Mediation of Bankruptcy Disputes
JAMS
Webinar Chicago United States
More Webinars
Comparative Guides
Artificial Intelligence
Aviation Finance
Aviation Regulation
Blockchain
Corporate Tax
More Guides
Mondaq Advice Centres
Global
Trademarks in SAARC Countries
Global
Investment Immigration
More MACs
Upcoming Events
Mondaq Social Media