A Russian pseudo-governmental entity claims that it is the rightful owner of the Stolichnaya trademark and that as a result, U.S. distributors who sell the product are acting in violation of established trademark rights.  The problem arises from the fact that the original owner — the Russian Federation – is no more.

Following the collapse of the former nation state, a new mark owner emerged named Federal Treasury Enterprise Sojuzplodoimport ("FTE").  However, FTE's claim to own the mark was originally dismissed on grounds that it did not represent the original government owner.

Undeterred, FTE attempted to have the rights transferred to it from the now defunct Russian Federation through an "Official Decree."  These extraordinary efforts were met with skepticism by a New York Federal Judge.  Last week, the case was argued before the Second Circuit Court of Appeals with the Russians arguing that the U.S. trial court should have believed the Russian lawyer who testified that the "Official Decree" route was the legitimate method to get the trademark rights into new hands.

This YouTube Video shows marching Stoli bottles as soldiers in the Russian Revolution.

Can a trademark be transferred to another?

Trademarks are more than words (or symbols).  They are words (or symbols) connected to specific goods and services.  It is often said in trademark law that "there are no rights in gross in words."  As a result, trademarks cannot always be freely assigned. 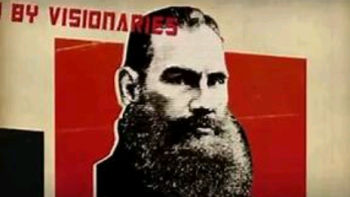 Trademarks can be transferred under certain conditions.

A trademark may not be assigned apart from the goodwill it symbolizes.  This basic premise is known as the anti-assignment in gross rule.  A transfer of rights in a mark may accompany the sale of a business or even that portion of the business (specific assets) to which the mark applies.  Such assignments should be reduced to writing and recorded with the U.S. Patent and Trademark Office.

It is for this reason that any attempted assignment of a pending federal trademark application filed based on an intent to use the mark in the future is void.  Because the mark has not been used in connection with goods and services in commerce, it is incapable of being transferred – there is no goodwill to anchor the rights that are the subject of the assignment.  Such an effort to transfer may be referred to as a "naked assignment."  In the case of a business that goes under before assigning its assets, it was difficult to properly "assign" the rights in any marks as presumably the goodwill formerly associated with the mark was extinguished with the business.  In the case of an invalid trademark assignment, the assignee is without rights and the assignor has abandoned the mark "as to the world."

A mark owner may lose all rights in a mark by failing to police use of the mark by third-parties including authorized licensees, under certain circumstances.  Although not a true "transfer," the effect of so called "naked licensing" is possible abandonment of the owner's rights in the mark and/or a break in the chain of continuous use for purposes of priority.

So will an "Official Decree" be found sufficient to transfer goodwill from a dissolved nation-state to a new entity?  It sounds like a longshot.  But I think most U.S. consumers do expect the product to originate with a Russian – and not a U.S. entity.