by Michael Lee
Gibney, Anthony & Flaherty, LLP
To print this article, all you need is to be registered or login on Mondaq.com.

Guess some people at the United States Trademark Trial and Appeal Board were really excited about the new season of The Walking Dead.  In an about-face, after initially refusing to register the ZOMBIE CINDERELLA trademark the  Trademark Office is now letting it through saying it does not conflict with the DISNEY'S CINDERELLA mark. 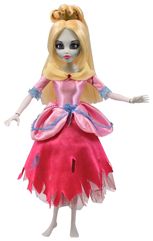 The applicant in this case, United Trademark Holdings, Inc.,  applied for the mark ZOMBIE CINDERELLA for "dolls".  The company puts out a line of dolls that take some fairytale princess...made famous but not owned by Disney....and turns them into zombies.  Some of these undead princesses include Zombie Snow White, Zombie Belle and Zombie Pocahontas under the toy line named "Once Upon a Zombie".  Initially the Trademark Office refused to register the trademark saying that it was confusingly similar to the DISNEY'S CINDERELLA mark.  But the Trademark Office had a change of heart after the applicant filed an appeal.

The applicant argued that the story of Cinderella and her evil stepsisters, her fairy godmother and the glass slippers has existed since at least 1697 and the story is an established part of our culture and not just the Disney version. The Trademark Office cited to nine other doll lines that use the name "Cinderella" and held that the mark is weak.  The court found that while the dominant part of the mark, the term CINDERELLA was similar, the preceding language, "Walt Disney" was very different from "Zombie". Therefore, due to these combination of factors, the mark was permitted to be registered.  While initially facing death, the ZOMBIE CINDERELLA mark has been brought back to life. 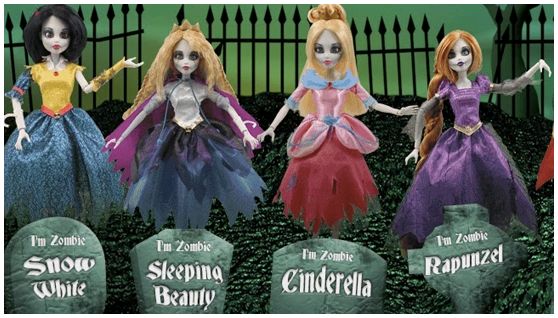