In 57-page decision that includes an exhaustive review of the evidence, the Board reversed a genericness refusal of the proposed mark DOCK BLOCKS for "modular floating non-metal docks" due to a mixed evidentiary record of uses of the term by Applicant. However, the Board affirmed a Section 2(e)(1) mere descriptiveness refusal because Applicant's Section 2(f) evidence for this highly descriptive term fell "far short" of establishing acquired distinctiveness . In re Dock Blocks of North America, LLC, Serial No. 88320379 (September 8, 2022) [not precedential] (Opinion by Judge Chritopher Larkin). 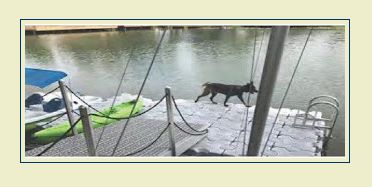 Genericness: The Board, in agreement with applicant and Examining Attorney April Roach, found that the genus of the goods is "modular floating non-metal docks." Applicant did not appear to dispute that "dock" and "blocks" are each individually generic for the goods, but it argued that the examining attorney had failed to provide "any examples where the combination mark having the constituent terms 'dock blocks' is used by any third party in association with their products." The Board, however, found that argument unavailing: "The fact that there is no evidence of third-party use of the precise term [DOCK BLOCKS] is not, by itself, necessarily fatal to a finding of genericness." Mecca Grade Growers, 125 USPQ2d at 1957.

In Mecca Grade Growers [MECHANICALLY FLOOR-MALTED], Empire Tech. [COFFEE FLOUR], and Gould [SCREENWIPE), the Board looked to the applicant's own use of the proposed mark in finding each mark to be generic names for the involved goods. Here, Applicant uses "Dock Blocks" both as a compound noun and as an adjective modifying "floating dock systems" in its public-facing materials. The former is a generic use of the term, while the latter is not.

Although the evidence "strongly suggests" that DOCK BLOCKS is an apt generic name for the goods, the limited record evidence of genericness of the proposed mark as a whole created a doubt as to whether consumers would perceive DOCK BLOCKS as a whole as generic. Resolving that doubt in applicant's favor, the Board reversed the refusal.

Acquired Distinctiveness: Since the applicant sought registration under Section 2(f), mere descriptiveness was not an issue. The only issue was whether applicant carried its burden of showing that DOCK BLOCKS has acquired distinctiveness. It didn't.

The Board first found that DOCK BLOCKS, "at the very least, highly descriptive. In fact, it is "far closer to the generic end of the "scale ranging from generic to merely descriptive," and so applicant's burden of proof was "commensurately high."

Applicant did not provide any survey results, but rather relied on circumstantial evidence. Although applicant's use of the term since 2011 was exclusive, it provided almost no information for the years 2011-2015. Its advertising expenditures of $524,000 for the period 2015-2019 were "quite modest" and it was unclear how these expenditures resulted in exposure of the proposed mark to consumers. Its claim of $2.5 to 3.0 million in annual sales was vague and unspecific, and the numbers were not put in context of market share. Applicant's evidence of media coverage was minimal.

The record here shows that Applicant has numerous competitors in the floating dock market, but . . . Applicant provided no "context as to how the raw numbers Applicant provided compare in the marketplace," and we thus have been forced to "analyze the evidence regarding consumer recognition, Applicant's modest advertising expenditures, and modest sales in a vacuum."

The Board concluded that applicant's Section 2(f) evidence "falls far short of carrying its heavy burden of showing that its highly descriptive proposed mark DOCK BLOCKS has acquired distinctiveness," and so it affirmed the mere descriptivenesss refusal.

TTABlogger comment: The dog is named "Rigatoni," or "Toni" for short.