The USPTO refused to register the mark FLOREO for "real estate management services for properties owned by third parties" and for "reservation of temporary accommodations for vacation real estate properties that are owned by third parties," finding confusion likely with the registered mark FLOURISH HOMES & Design (shown below) for "Providing temporary housing accommodations" [HOMES disclaimed]. The Board found that the services are either related or overlapping. But what about the marks? Applicant Unsalted argued that the marks differ in sound and appearance, and that the Spanish word "floreo" has many translations and meanings and in any case has not been significantly used in almost 200 years. How do you think this came out? In re Unsalted Vacations LLC, Serial No. 90312784 (January 12,  2022) [not precedential] (Opinion by Judge Christoper Larkin). 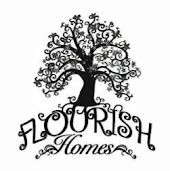 Unsalted's argument regarding the many meanings of "floreo" was undercut by its own advertising advertising flyer, in which it proclaims, "our belief is that together we can flourish."

Applicant's silence is a tacit admission that its use of the word "flourish" in its flyer as a "bookend" to "Floreo" was not happenstance, but was instead intended to associate Applicant's Spanish-language mark "Floreo" with the English word "flourish."

The Board acknowledged that "flourish" is not the only translation of "floreo," but "it is the translation that Applicant alludes to in its specimen." The Board found that "the existence of meanings of 'floreo' in addition to 'flourish' does not preclude the application of the doctrine of foreign equivalents to Applicant's mark because 'flourish' is the literal and direct translation most likely to be associated with it."

The Board also noted that previous cases have suggested that when the foreign word is obscure, a consumer may not stop and translate it. However, the record here did not show that "floreo" is an obscure Spanish word. Applicant Unsalted again undermined its own argument by submitting website evidence that "[t]he term 《floreo》 is regularly used and occupies the 40.584 position in our list of most widely used terms in the Spanish dictionary," and that "'floreo' is 'Regularly used' in Mexico, the country of origin of numerous Spanish speakers in the United States, and in the polyglot United States."

Given Applicant's own implicit translation of the word "floreo" as "flourish" in its specimen, and the word's presence in modern Spanish-language dictionaries, we cannot find on this record that "floreo" is used so infrequently today that a Spanish speaker in the United States would not stop and translate it.

The question, then, was whether the similarity in meaning between the marks at issue outweighed their differences in sound and appearance. The Board found that the word FLOURISH is the dominant element in the cited mark. Examining Attorney Danielle L. Anderson did not address the applicant's arguments regarding the dissimilarity of the marks in sound, but she did dispute that the dissimilarity in appearance is sufficient to makes the marks dissimilar overall despite their similarity in meaning. She pointed out that Unsalted's proposed mark is in standard character form, and "can be displayed in any form, including the stylization and design used in the registered mark." The Board agreed.

As to the dissimilarity in sound, "Applicant's argument . . . assumes that the cited mark will be verbalized as 'Flourish Homes, . . . which ignores 'the penchant of consumers to shorten marks.'"

In that instance, the cited mark will be verbalized simply as "Flourish," which is at least somewhat similar in sound to "Floreo" because both marks begin with a syllable pronounced identically in the manner of the English word "floor." But even if the cited mark is verbalized as "Flourish Homes," we disagree with Applicant that "FLOREO and FLOURISH HOMES have very different sounds," 4 TTABVUE 10, because of the aural similarity between "Floreo" and the dominant word "Flourish" in the cited mark. The marks are, at most, somewhat more dissimilar than similar in sound.

The Board concluded that, although the differences in sound and appearance outweigh the similarities,"the marks are not so dissimilar in those means of comparison to make confusion unlikely where they have essentially the same meaning."

And so the Board affirmed the refusal to register.

TTABlogger comment: I would have reversed based on the differences in sound and appearance. Florio seems like a surname to me. How about you?