by Alexander B. Englehart and Michael D. West
Oblon, McClelland, Maier & Neustadt, L.L.P
Your LinkedIn Connections
with the authors 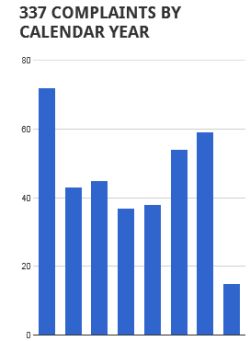 On October 26, 2018, the International Trade Commission (the "Commission") issued the public version of its opinion ( part 1 and part 2) in Certain Non-Volatile Memory Devices and Products Containing the Same (Inv. No. 337-TA-1046). In the opinion, the Commission reversed in-part and affirmed in-part ALJ Dee Lord's Initial Determination (ID), and found a violation of Section 337.

By way of background, this investigation is based on a March 7, 2017 complaint filed by Macronix International Co., Ltd. and Macronix America, Inc. (collectively, "Macronix") alleging violation of Section 337 by way of unlawful importation into the U.S., selling for importation, and/or selling within the U.S. after importation certain non-volatile memory devices and products containing the same that infringe one or more claims of U.S. Patent Nos. 6,552,360 ("the '360 patent"); 6,788,602 ("the '602 patent"); and 8,035,417 ("the '417 patent").  See our April 6, 2017 post for more details on the Notice of Investigation.

On October 9, 2018, the Commission issued a notice reversing in-part and affirming in-part ALJ Lord's ID, and issued a limited exclusion order and cease and desist orders. In particular, after examining the record of investigation, the Commission determined to review the finding that Macronix had failed to satisfy the domestic industry requirement, the findings of infringement and invalidity as to the '602 patent, as well as issues concerning remedy, public interest, and bonding. As a result of the Commission's review, the Commission determined to (1) reverse the ID's finding that the accused products do not directly infringe the asserted claims of the '602 patent; (2) affirm the ID's indirect infringement and invalidity findings as to the '602 patent; and (3) reverse the ID's finding that Macronix failed to establish a domestic industry in the process of being established.

Having found a violation of section 337, the Commission issued a limited exclusion order ("LEO") and cease and desist orders ("CDOs") directed to Respondents' infringing products.

Finally, in considering the public interest factors, the Commission determined that none of the public interest factors weighs against issuance of remedial orders in the investigation. With respect for the first factor, the public health and welfare, the Commission determined that the infringing products are "not unique components of medical products, pharmaceuticals, or other products integral to the delivery of healthcare or the maintenance of public safety." The Commission reasoned that there was evidence that shows that there are alternative devices and alternative suppliers. Regarding the second factor, competitive conditions in the United States economy, the Commission concluded that any effect on the competitive conditions in the United States economy is insufficient to bar entry of an exclusion order in this investigation because there are alternative suppliers. The Commission reasoned that Respondent's market share on the accused products was insignificant. Concerning the third factor, the production of like or directly competitive article in the United States, the Commission determined that third parties could replace the excluded devices. Lastly, as to the fourth factor, United States consumers, the Commission found that any market void that will be created by excluding Respondents' products can be adequately filled by Respondents' competitors.