As a follow-on to our client alerts "México Projects: Get Ready, Get Set . . ." and "México Projects Part II: Off to the Races!," this alert summarizes one of the next steps of the Constitutional reforms opening both the oil and gas and electricity sectors to private investment: the kickoff of so-called Round Zero. Round Zero is PEMEX's opportunity to identify assets it wishes to exploit following the implementation of the reforms.

Round Zero has two main goals. The first is to make Petróleos Mexicanos (PEMEX) an "empresa productiva del Estado" (a productive State enterprise). The second is to increase the investment in exploration and extraction of oil and natural gas in Mexico through tenders. Specifically, Round Zero is the process through which the Mexican Government will assign to PEMEX certain assets and exploratory areas. Prior to the Constitutional reforms, PEMEX was charged with the exploration of the entire Mexican territory. Pursuant to Transitional Article Six of the Constitutional reforms, on March 21, 2014, PEMEX, through its Strategic Investment Committee (Comité Estratégico de Inversiones), filed before the Ministry of Energy (SENER) the list of fields that PEMEX would like to retain. This list has not been made available to the public. Even though the list was not publicly disclosed, the commonly held view is that the fields identified by Pemex should be those in which it has the technical and financial capabilities to explore and, consequently, exploit. Per the criteria set forth in such Transitional Article Six, fields that will be excluded from the list are those in which PEMEX does not have such capability, including those located in deep-waters of the Gulf of Mexico or unconventional fields.

The SENER will issue its decision as to which of the oil and gas fields filed in PEMEX's proposed list will be granted to PEMEX for development in mid-September 2014. The remaining fields and areas not assigned to PEMEX in Round Zero will be offered through bidding processes (on a yet to be proposed calendar) to private and foreign companies beginning December 20, 2014. Naturally, international oil and gas companies will be keenly awaiting this determination. Some analysts are already assuming that at least four fields will be included in the list. The reason is that these four fields (Cantarell, Ku-Maloob-Zaap, Abkatún-Pol Chuc and the littoral of Tabasco) represent 75% of the total existing known inventory for production of crude oil in Mexico. Additionally, SENER has confirmed that PEMEX is seeking to maintain 83% of Mexico's probable reserves, keeping all of its current fields under production, and 31% of prospective resources. According to SENER and based on estimates of the Energy Information Administration (Administración de Información Energética), PEMEX will relinquish resources of almost 9 billion barrels of crude oil and more than 376 trillion cubic feet of gas to the government for allocation to third parties. Some of the fields included in the list put forth by PEMEX are located, according to SENER, in the deep-waters of the Gulf of Mexico, the platform of Yucatán, the basins of the Southeast, Tampico Misantla, Burgos, Sabinas and Chihuahua. 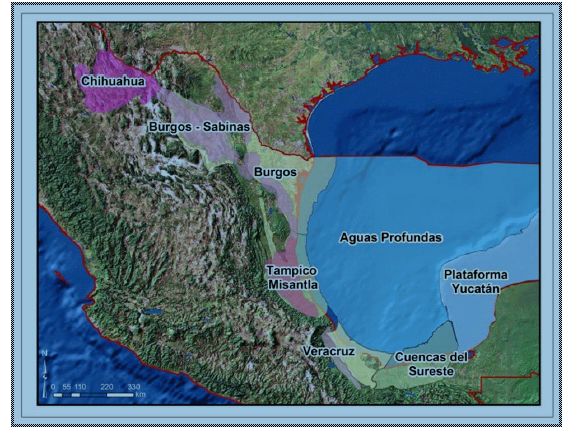 By the end of this April, it is expected that Mexico's Federal Congress will enact secondary legislation to implement several of the Constitutional reforms, including regulations regarding the bidding process for those fields to be tendered to third parties and the type of contracts to be used for these fields.