United States: The Law Is An Ass, RCRA Edition

Late last month, the 9th Circuit Court of Appeals ruled that a public water supplier could be liable in a citizens' suit brought under the imminent and substantial endangerment provisions of RCRA, where the plaintiff alleged that the groundwater used by the supplier had been contaminated by the disposal of hexavalent chromium by a wood treatment facility upgradient of the supplier's well field.

Blaming the victim doesn't quite cover this. The law, as Mr. Bumble said, is an ass. 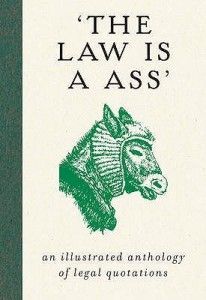 The majority opinion actually thought that this was a relatively simple and straightforward case. The statute makes liable those who "contribute" to the "transportation" of a solid waste that causes an endangerment. The defendant was manifestly transporting a solid waste, i.e., hexavalent chromium, through its pipes. The plaintiff alleged that this created a substantial endangerment.

Not so simple, said Judge Tashima in dissent. As Judge Tashima noted, the 9th Circuit, in the Hinds Investments case, held that RCRA:

requires that a defendant be actively involved in or have some degree of control over the waste disposal process to be liable under RCRA.

While the majority tried to distinguish Hinds on the ground that it applied only to generator liability, and not transporter liability, I think that Judge Tashima has much the better of the argument. I won't even get into how bizarre it is that a public water supplier might be found liable for creating an imminent and substantial endangerment when the basis for the claim is that the defendant supplied water that complied with Safe Drinking Water Act standards. The law is twice an ass.

I have no idea whether the City of Vacaville has any stomach for further litigation, or whether the Supreme Court would ever take this case, but I'm reasonably confident that, were SCOTUS to hear it, its views would not be the same as those of the 9th Circuit majority.