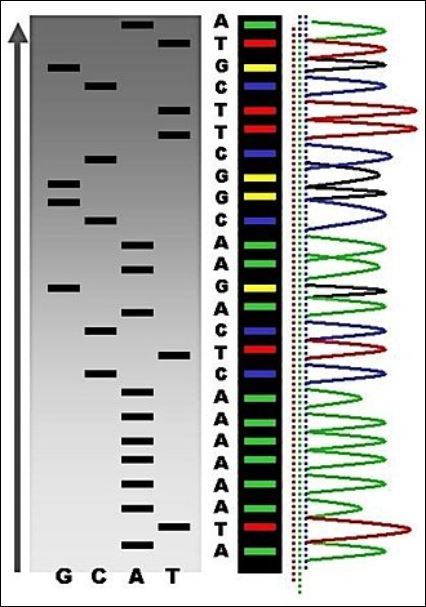 Applicant's own usage of the proposed mark is evidence of its descriptiveness. "[W]hile it may be a truism of patent law that 'a patentee may choose to be his own lexicographer and use terms in a manner other than their ordinary meaning,' Bell Atl. Network Servs., Inc. v. Covad Commc'ns Grp., Inc., 262 F.3d 1258, 59 USPQ2d 1865, 1870 (Fed. Cir. 2001), descriptive usage of such terms by the trademark applicant in its patent filings can be, and in this case is, probative."

While the Board, in Empire Tech., Tekdyne, and Int'l Game Tech., considered the patent filings of the trademark applicant and third parties as proof of mere descriptiveness, we pause here to specifically add such evidence to the list (that is, dictionaries, newspapers, surveys, websites, publications, advertising material directed to the goods or services, and the textual matter contained in an applicant's own specimen of use) of the types of evidence from which mere descriptiveness may be obtained.


The Board first found, based on industry articles made of record and on the identification of goods and services in the subject application, that microbiologists are the relevant consumers for purposes of determining the descriptiveness of the proposed mark.

Examining Attorney John M. Wilke maintained that "the proposed mark is used by applicant to describe the process of gene sequencing by binding used in connection with applicant's reagents and analyzers and also in applicant's biological analysis services and product development services, i.e. that they feature the use of DNA sequencing based on binding sites.

Applicant argued that SEQUENCING BY BINDING is a coined term that has no recognized meaning other than as Applicant's mark; that it does not describe the goods and services with "any degree of particularity; that there is no evidence of third-party descriptive use, and no evidence of the need of competitors to use SEQUENCING BY BINDING descriptively

The Board, however, did not agree that the proposed mark is suggestive, and instead found that it "immediately describes the function and purpose of Applicant's goods and services:"

The Board therefore affirmed the refusal to register.

For 'The TTABlog' blog please add a link back to the blog at the end of the article (Remember to change the article ID)...

ARTICLE TAGS
United States Intellectual Property Patent Trademark
POPULAR ARTICLES ON: Intellectual Property from United States
Fair Use And Fanatic Fans
Global Advertising Lawyers Alliance (GALA)
While my seats afforded me only a so-so sight-line to the stage, I had no trouble seeing the ocean of cell phones, in the hands of adoring fans, simultaneously recording (without authorization)...
Demand Letters: Overview Of Risks And Strategic Considerations For Trademark Holders
Haug Partners
In the event of potential infringement, an intellectual property attorney will generally consider sending a demand letter to put the potential infringer
No Trademark Protection In Book Or Movie Titles?!?
Weintraub Tobin Chediak Coleman Grodin Law Corporation
Generally, the title to a single motion picture is not entitled to trademark protection. This is the same for the title to single books, songs and other singular creative works
Trade Secrets 2019 Litigation Roundup And 2020 Trends
Gibson, Dunn & Crutcher
Gibson Dunn & Crutcher LLP attorneys, in Part 1 of a two-part series, highlight 2019 developments in trade secret litigation and say 2020 will see similar trends.
File When Ready! Criteria For Determining If An Invention Should Be Patented
Harness, Dickey & Pierce, P.L.C.
It may come as a surprise that even patent attorneys don't believe every invention should be patented.
Coping When Your Brand Name Becomes Mud
Cowan Liebowitz & Latman PC
What can you do to protect your goodwill if you unknowingly select an unfortunate brand name, or through no fault of your own...
FREE News Alerts
Sign Up for our free News Alerts - All the latest articles on your chosen topics condensed into a free bi-weekly email.
Register For News Alerts
Article Tags
United States Intellectual Property Patent Trademark
Similar Articles
Powered by mondaq AI
MATCH
73%
On Patents, Trademarks, And Descriptiveness Stites & Harbison PLLC
Related Articles
The USPTO Dismisses Key Argument Of Inter Miami In Their Trademark Match Versus Inter Milan Dennemeyer Group
Federal Circuit Holds PTAB Cannot Cancel Claims As Indefinite In IPR; Where Claims Cannot Be Construed, PTAB's Authority Limited To Denying Institution Or Saying So In Final Written Decision Squire Patton Boggs LLP
PTAB Cannot Invalidate Challenged Claims For Indefiniteness In An IPR Foley & Lardner
Racketeering And Trade Secret Theft Added To List Of Charges Against China's Huawei Winston & Strawn LLP
Competitor Standing In PTAB Appeals Pursued To SCOTUS Ropes & Gray LLP
Comparative Guides
Anti-Corruption & Bribery
Cartels
Enforcement of Foreign Judgments
International Arbitration
Merger Control
Mondaq Advice Centres
Global
Trademarks in SAARC Countries
Global
Investment Immigration
United States
Advertising and Marketing
United States
Telemarketing
More MACs