Regarding FCPA enforcement actions against individuals in 2019, the DOJ charged or unsealed charges against twenty-six individuals, while the SEC brought cases against only five individuals, including three who were also charged by the DOJ.

Until shortly before the end of 2019, the matter relating to MTS remained the largest combined penalty against a corporation in 2019. However, in early December, the DOJ and SEC announced enforcement actions against Ericsson, resulting in one of the largest penalties in FCPA history—topping out at $1.06 billion. With increasingly complex settlements, often involving a mix of inter-agency credits and global settlements, there seems to be a lot of debate and inconsistency in how to calculate the "largest enforcement action of all time." We take a "money out the door approach"—netting the payments for credits between the DOJ and SEC but counting payments made to foreign authorities. By this count, Ericsson comes in second behind Petrobras ($1.7 billion). The Ericsson settlement's action's arguably recordbreaking size appears to be attributable to the breadth of the allegations, which spanned five countries and sixteen years, and Ericsson's failure to obtain full cooperation or remediation credit, discussed in further detail below.

In the Statement of Facts, to which Ericsson admitted in the DPA, the DOJ described the following bribery schemes: 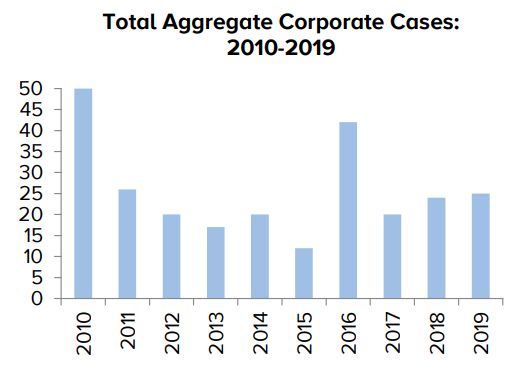 In accordance with these charges, the DOJ charged Ericsson with two counts of conspiracy—one for violations of the anti-bribery provisions and one for books-and-records and internal control violations. Ericsson's Egyptian subsidiary pleaded guilty to one count of conspiracy to violate the FCPA's anti-bribery provisions. In total, they agreed to pay a total criminal penalty of $520,650,432. Ericsson also entered into a settlement agreement with the SEC pursuant to which it agreed to pay disgorgement and prejudgment interest totaling $539,920,000.

All said and done, Ericsson's payment will tip just over the $1 billion mark, at $1.06 billion, putting it in a lonely club with Petrobras and Odebrecht/Braskem. Unlike in the Petrobras and Odebrecht/Braskem matters where the penalties were divvied up between the U.S. and foreign authorities, the entirety of this penalty will go to the U.S. Treasury. In this way, Ericsson could lay claim to the largest FCPA enforcement action in which all penalties only went to U.S. authorities. Also, based on media reports, the Swiss authorities are investigating Ericsson for corruption-related offenses, which could result in even larger penalties against the company.

The Ericsson matter certainly has some of the hallmarks expected in a large enforcement action—multiple, long-running violations and controls failure, involvement of several "high-level executive[s]" of LM Ericsson and Ericsson AB, and fairly high dollar values in both the bribes paid and business obtained. However, the matter would not have cracked the $1 billion level if Ericsson had obtained full remediation and cooperation credit, which in most cases accounts for a 25% discount.

According to the DOJ, Ericsson "did not disclose allegations of corruption with respect to two relevant matters, produced certain relevant materials in an untimely manner, and did not timely and fully remediate, including by failing to take adequate disciplinary measures with respect to certain executives and other employees involved in the misconduct." This seems like a pretty serious "what-not-to-do list" for companies trying to earn the cooperation and remediation credit, and perhaps Ericsson was lucky to have obtained even a 15% discount off the sentencing guidelines

In second place and still representing a considerably large settlement not to be overshadowed by late-comers, the MTS enforcement actions, brought by the DOJ and the SEC against Mobile TeleSystems, a Russian telecommunication services provider, its Uzbekistan subsidiary, Kolorit Dizayn Inc., and two related individuals stemmed from an alleged bribery scheme in the Uzbekistani telecommunications market. MTS represents the third FCPA enforcement action involving bribery schemes centered in Uzbekistan around the telecommunications market, after VimpelCom in 2016 and Telia in 2018. According to the DOJ and SEC, MTS made at least $20 million in illicit payments to an Uzbekistani government official from 2004 to 2012 to obtain and retain business. MTS allegedly obtained more than $2.4 billion in revenues from the scheme—which might explain why corporations are willing to engage in bribery to secure access to the lucrative Uzbekistani telecommunications market.

Notwithstanding the fact that it made admissions in the DOJ matter, MTS resolved the charges made against it by the SEC without admitting or denying the allegations. It agreed to pay a civil penalty of $100 million and retain an independent compliance monitor for at least three years. MTS also entered into a deferred prosecution agreement with the DOJ in which it admitted the facts alleged against it and agreed to a fine and restitution totaling $850 million. Consistent with the DOJ's policy on coordination of corporate enforcement actions, MTS's $100 million civil penalty paid to the SEC was credited by the DOJ towards its settlement. MTS's subsidiary, Kolorit, pleaded guilty to one count of conspiracy to violate the FCPA's anti-bribery and books-and-records provisions. It was ordered to pay a $500,000 criminal fine and $40,000,000 in criminal forfeiture (both of which were to be deducted from MTS's total penalty). Notably, the DOJ denied MTS the usual remediation and cooperation credit, giving it no discount from the U.S. Sentencing Guidelines and assigning it a penalty squarely within the range. 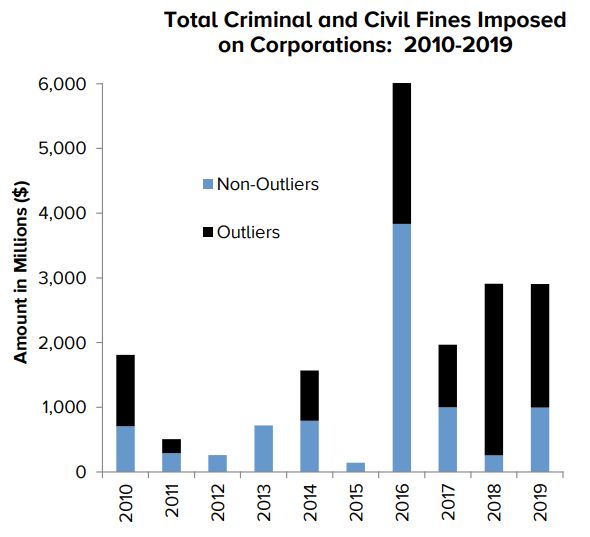