by Luke Jamieson
HLK
Your LinkedIn Connections
with the authors It's August and a time of year when many of us remember excitedly boarding planes destined for far or not-so-far away destinations as part of our school summer holidays.  We thought this would be a good excuse to look at some patented aviation innovations.  So here goes!

If you look out of the window seat, you will often see a prominent airline logo fixed to a strange looking part of the wing which points generally upward toward the sky.  These seemingly stylistic or aesthetic parts of an aircraft are actually crucial fuel-saving devices.  Depending on exactly how they are designed, these can be called "winglets", "sharklets", "raked wingtips", "wing fences" or "split tips".

The idea behind these devices can be found as long ago as 19th Century patent documents.  In particular, in  GB189703608A aviation pioneer Frederick Lanchester describes that "the extremities of the wings may be capped by 'planes' arranged normally to the wing surfaces and conformably to the direction of flight, in order to minimise the lateral dissipation of the supporting wave".  Later, in  GB190709413A, Lanchester shows some wingtip devices which look far more similar to those we see on airliners today (see A7 and A8  on FIG.1 below), although these are described as being for "lateral stability".

Anyhow, Lanchester was probably well ahead of his time, as these kinds of devices were not typically seen on commercial aircraft until the introduction of the Boeing 747-400 in 1989 and the McDonnell Douglas MD-11 in 1990.

Today's commercial aircraft spend about 98% of their total time with an onboard computer-based virtual pilot actually "flying" the aircraft rather than a human pilot.  Without the help of computerised control, it's hard to imagine that crews could safely cope with marathon ultra-long haul  20 hour flights from London to Sydney.

The origins of automatic flight control can be traced back to the work of serial inventor Lawrence Sperry in the early 20th century.   GB191510377A describes one of his earliest ideas in this area: a complex system which was able to automatically stabilise an aeroplane using a gyroscopic pendulum and a servo motor.  To see just how complicated this system was, take a look at Fig. 1 below!

Things may have come a long way since 1915, but gyroscopes still form an important part of automatic control in many present-day commercial aircraft.  It's also hard not to mention that Lawrence Sperry's company entrusted the handling and filing of this patent application to Haseltine Lake & Co. (now Haseltine Lake Kempner)! 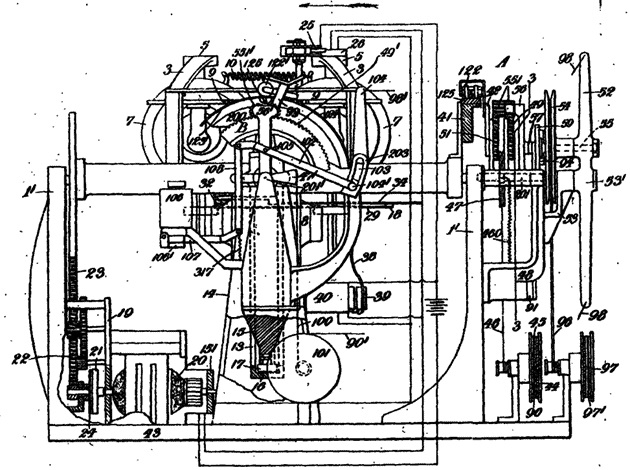 Before the Second World War, almost all commercial and military aircraft were powered by piston engines which drove propellers to generate thrust.  The introduction of the jet engine for military applications in the early 1940s was considered to be a game-changer.  However, the history of the jet engine for aviation purposes goes back much further.

As early as 1910, Georges Marconnet has designed and filed a patent application,  FR412478A, for what he believed was a new class of engines which worked by compressing air, subsequently mixing it with fuel, burning the fuel-air mixture and finally ejecting the burnt fuel-air at high-speed to produce thrust.  This is the key idea behind modern turbojet engines, although Marconnet called his invention a "reactor".  By 1925, Maxime Guillaume disclosed something in  FR534801A which looks much more like the turbojet engines which revolutionised the aviation world post-1945 (see below)... even if it does have a handle for starting the engine by hand! 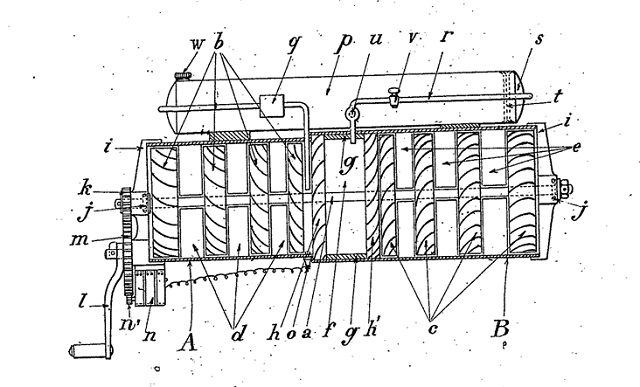 ARTICLE TAGS
UK Intellectual Property Patent Transport Aviation
POPULAR ARTICLES ON: Intellectual Property from UK
Trademarks And Brands: Key Considerations For M&A Transactions
Gowling WLG
A brand will not necessarily be crucial in every transaction (and some acquisitions may involve plans to promptly re-brand post-completion), but, where it is, there are some key considerations to bear in mind.
Tesco v Lidl
HGF Ltd
A decision of interest to the retail industry and retailers, but also to trade mark attorneys and lawyers on the everchanging topic of bad faith.
See You On The FROW: Estée Lauder Moves Into Fashion With $2.8 Billion Acquisition Of Tom Ford
Marks & Clerk
ighting off stiff competition from Kering (owner of Gucci, YSL, and others), Estée Lauder has announced the purchase of the Tom Ford brand - and for US$2.8 billion (£2.4 billion), no less.
Who's Laughing Now? Banksy "In Charge" Of Trade Mark Rights...
Marks & Clerk
Banksy's mark representing his 2002 graffiti of a monkey strapped with a blank sign, which in the original artwork reads "Laugh now, but one day we'll be in charge"...
Comparing The Value Of European Vs Unitary Patent Validation
HGF Ltd
The EPO's European patent system is on the brink of the biggest change in a generation – from 2023 it is expected that a new unitary patent (UP) will become available via the EPO.
The Unified Patent Court And Unitary Patent Are Almost Here – Steps Patent Owners Should Take Now
HLK
The Unified Patent Court (UPC) recently published a roadmap towards a 1 April 2023 start date for the UPC and Unitary Patent (UP) system, with the Sunrise period...
FREE News Alerts
Sign Up for our free News Alerts - All the latest articles on your chosen topics condensed into a free bi-weekly email.
Register For News Alerts
Article Tags
UK Intellectual Property Patent Transport Aviation
Related Articles
Gender Diversity At The UPC HGF Ltd
Côte d'Ivoire - The Next International Fashion Hub Marks & Clerk
Frasers Group Acquires Gieves & Hawkes - A Revival Of British Tailoring? Marks & Clerk
News On Plausibility At The EPO: G2/21 Oral Proceedings Kilburn & Strode
Prevention Is Better Than Cure Marks & Clerk
Mondaq Webinars
Modern Product Liability: Adapting to the Changing Risks for Product Manufacturers in the US and Europe
Cooley (UK) LLP
The New Swiss Data Protection Act - What You Need To Know
FABIAN PRIVACY LEGAL GmbH
More Webinars
Comparative Guides
Anti-Corruption & Bribery
Artificial Intelligence
Banking Regulation
Blockchain
Cartels
More Guides
Mondaq Advice Centres
UK
Coming to and Investing in the UK
Global
Trademarks in SAARC Countries
More MACs
Upcoming Events
The 2023 Sedona Conference On Global Intellectual Property Litigation
WilmerHale
Panel London UK
Mondaq Social Media