November marks World Vegan Month which, this year, happily coincided with the COP26 conference. Veganism is becoming increasingly popular for reasons of sustainability, as well as ethical reasons. Eating less meat is believed to be one of the key steps that individuals can take to reduce their own carbon footprint. The total number of vegans in the world is currently estimated to be around 79 million, with this number expected to grow in years to come. In the UK, market-research in 2019 found that 40% of meat-eaters were also seeking to reduce their meat consumption.

As a result, we were interested to see if patents relating to vegan technology were keeping pace with the rise in plant-based food and consumer veganism. To conduct our analytics, we looked at any published patent application that mentions the term "vegan" within the full description in the last 25 years. This yielded a result of a massive 2745 patent families, including 10457 applications and 2952 granted patents.

Vegan Technology is growing over time 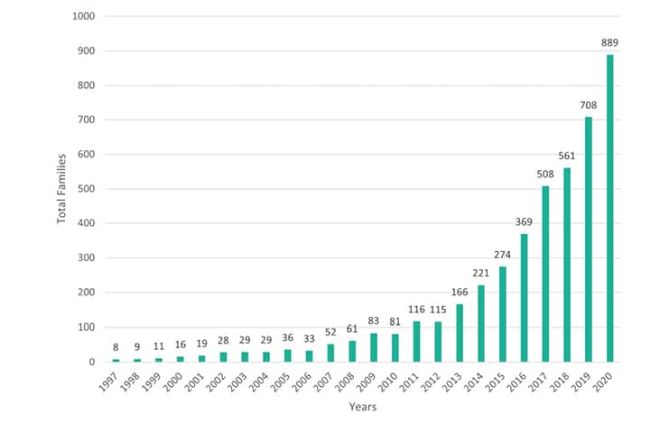 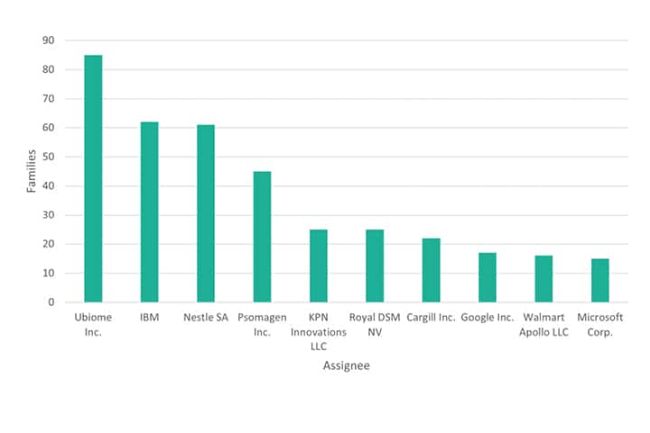 Unsurprisingly, an assessment of the keywords found the most common words to be related to "food" with other commonly appearing words relating to "protein" or "vegetable protein". Of specific vegan food types, further searching revealed that "vegan cheese" is mentioned in a whopping 40 patent families, with "vegan burger", "vegan chicken" and "vegan bacon" lagging behind on 12, 9 and 4 patent families respectively. 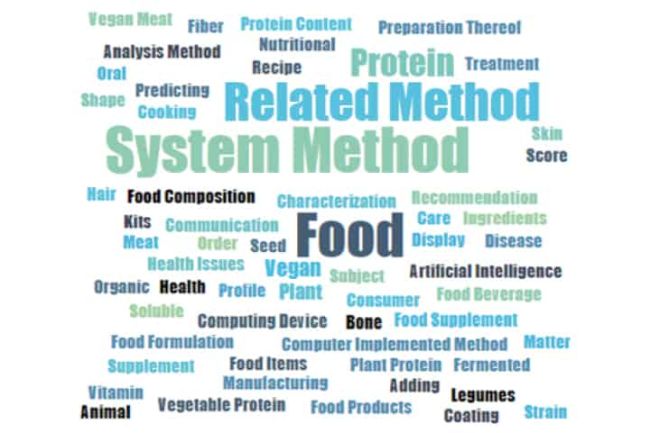 Finally, looking to the primary classification of vegan patents, we see that most patents are classified as lying within the chemistry field. This is followed by electrical engineering, instruments and mechanical engineering. 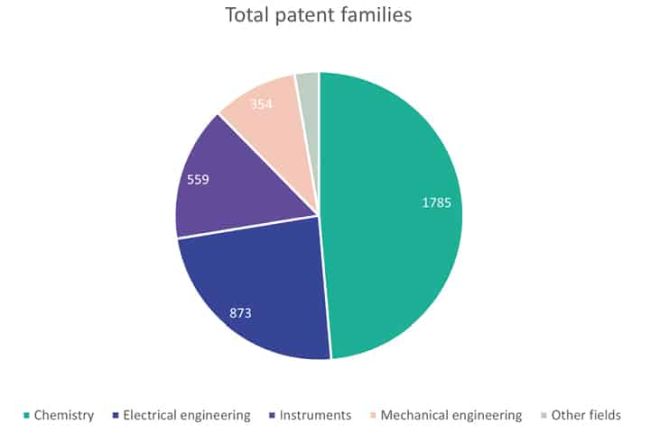 ARTICLE TAGS
UK Intellectual Property Patent
POPULAR ARTICLES ON: Intellectual Property from UK
UPC Could Open Its Doors In 2022
HGF Ltd
With news that the Austrian parliament has ratified the Protocol on the provisional application of the Agreement on a Unified Patent Court on 2 December 2020, the Unified Patent Court (UPC) opening in 2022 is becoming more likely.
Will The European Patent System Embrace Grace Periods?
Marks & Clerk
The European Patent Office is conducting a survey of European patent applicants, to assess the impact of the EPO's strict novelty requirement on applicants' disclosure and commercialisation strategies.
EPO Launches Consultation On Grace Periods
J A Kemp LLP
The EPO has launched a user consultation into the desirability of introducing a "grace period" into the European patent system.
Tarilian Laser Technologies – A Case Study In Due Diligence
HGF Ltd
When deciding whether to invest in a company, an investor will inevitably have to decide the value of the company.
EPO Board Of Appeal Finds "No Legal Basis" For Requirement To Adapt The Description To Conform To The Claims
J A Kemp LLP
Such amendments, whilst occasionally tedious, became an accepted part of practice at the EPO and had no noticeable impact on the scope of protection.
Start-Ups & IP, A Case Study: SleepCogni
HGF Ltd
Using SleepCogni as a case study, we look at some key ways that IP can help start-ups to develop their technology and secure investment. SleepCogni is a SleepTech start-up who have developed...
FREE News Alerts
Sign Up for our free News Alerts - All the latest articles on your chosen topics condensed into a free bi-weekly email.
Register For News Alerts
Article Tags
UK Intellectual Property Patent
Related Articles
As AI Powers More And More Medical Technology Don't Overlook Patenting Marks & Clerk
The Unitary Patent And Unified Patent Court Move Forward J A Kemp LLP
Insufficient Evidence To Support Change To UK Exhaustion Regime J A Kemp LLP
Balmain x Barbie - Not Just Your Traditional Collaboration Marks & Clerk
Pre- And Post-characterising Claims Dehns
Mondaq Webinars
UK Construction Law Update: What happened in 2021? What can we expect in 2022?
Charles Russell Speechlys LLP
Webinar London UK
New Legislation Paves the Way for the Future of Aviation
HarleyJames Law
Webinar Nassau Bahamas
More Webinars
Comparative Guides
Anti-Corruption & Bribery
Artificial Intelligence
Banking Regulation
Blockchain
Cartels
More Guides
Mondaq Advice Centres
UK
Coming to and Investing in the UK
Global
Trademarks in SAARC Countries
More MACs