Following the Windrush scandal in 2018, a review was undertaken and a report Windrush Lessons Learned Review by Wendy Williams - GOV.UK (www.gov.uk) was published in March 2020. The Review was critical of the immigration decision-making process, including the quality of some decisions made and the lack of engagement and empathy by Home Office casework decision makers. The review found that decisions were sometimes based on completing a checklist, rather than assessing and evaluating a case in its full context.

The criticism of the Home Office decision making does not come as a surprise for those who practice UK immigration law, or those who had their visa applications refused. The Home Office is a large organisation with limited resources, shortage of staff, complex internal structure, complicated immigration rules, and government policies to follow that not always support more immigration. All of this without a doubt impacts on the quality of the immigration caseworkers' decisions.

The new 'Ethical Decision-Making Model' is only a short guidance document, but it is good to see that the Home Office is acknowledging their shortcomings and is making some effort to improve. Home Office caseworkers frequently have discretion granted to them within the immigration rules, that allows them to request an additional evidence or seek clarifications from the visa applicant. If they use this discretionary power in each case where there is such an opportunity, it will lead to many more applications being granted. 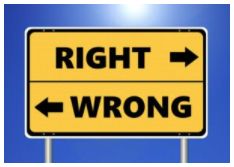 In response to the criticism in the Windrush Review, on 11th November 2021 the Home Office published The Ethical Decision-Making Model (publishing.service.gov.uk) guidance for the Home Office staff making decisions involving difficult ethical issues. The ethical issues are more likely to be encountered in family visa applications, but the principle of 'assessing and evaluating a case in its full context' apply across the board to all types of immigration applications.

The 'Ethical Decision-Making Model' makes it clear that it does not replace the existing immigration legislation, rules, or guidance, nor does it constitute a separate route to exercise discretion or grant leave. It states that its purpose is to encourage critical thinking in decision making. It encourages decision makers to think critically about exercising their discretion when such discretion is given to them, and to escalate an issue where it cannot be satisfactorily resolved within the current legal and policy framework.

1. What is it about the proposed decision that makes you feel uncomfortable?

2. Are you able to make a different decision by applying current rules and guidance that resolves the issue?

3. If you cannot satisfactorily resolve the issue, or do not feel you have the authority to take a different decision, you should discuss the case with someone. This can be with your line manager, team leader or a colleague.

4. If you feel the issue is not satisfactorily resolved, you can escalate the case through the escalation routes available to you for example Chief Caseworkers Unit for Asylum and Protection and Customer Services, the Safety Valve Mechanism for Immigration Enforcement, Guidance and Quality Team for HMPO and your regional command centre for Border Force.

The 'Ethical' model is to sit alongside the Home Office Values' and the 'Civil Service Code', which should guide all actions and define ethics. According to The Civil Service code - GOV.UK (www.gov.uk) Civil Servants are supposed to carry out their role with dedication and commitment to the Civil Service and its core values: integrity, honesty, objectivity and impartiality, that are defined as follows: 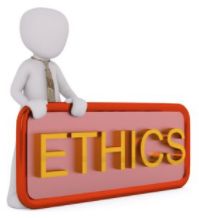 The 'Ethical' guidance is short and it looks good on paper, however, it remains to be seen how it will be implemented by the Home Office caseworkers making decisions on the visa applications. Will they look to grant the visas, or, will they look for reasons to refuse. Certainly the approach to look for reasons to grant can increase the number of successful applications. In many cases a simple request for an additional document or request for further information may result in a visa application being granted. The 'Ethical' guidance is something to bear in mind and cite in our cover letters for visa applications, to remind the Home Office caseworkers of their duties.

ARTICLE TAGS
UK Immigration General Immigration
POPULAR ARTICLES ON: Immigration from UK
Portugal Launches A Flexible New Digital Nomad Visa For Remote Workers
Giambrone & Partners
In recognition of the changing face of the workplace and the rise of remote working, together with increasing globalisation, we are pleased to announce that Portugal has introduced a digital nomad visa in October 2022.
Travel And Work Within The Schengen Area: British Citizens
Lewis Silkin
What is the difference between the European Union and the Schengen Area?
Can Work Start Date Be Delayed For Skilled Worker Visa – Helpful Changes To The 28 Days Rule
Thaxted Legal
In June 2022 we published an article about the troublesome ‘28 days rule' requiring migrant Skilled Workers to start work in the UK within 28 days of whichever was later...
The Quickest Ways To Get ILR In The UK
Richmond Chambers Immigration Barristers
In this first or two posts, we provide an overview of the quickest ways to obtain indefinite leave to remain (ILR) status in the UK. Other routes, such as the 5, 10, 20 year routes...
Updates To Immigration Rules
Envoy Global, Inc.
The UK introduced new changes under the Global Business Mobility route and the Hong Kong British National Overseas route and expanded visa-exempt travel.
Refusals On 'Not Conducive To The Public Good' Grounds
Richmond Chambers Immigration Barristers
Where an individual's presence in the UK is non-conducive to the public good, Part 9 of the Immigration Rules sets out that this is a mandatory ground for refusal or cancellation under the suitability...
FREE News Alerts
Sign Up for our free News Alerts - All the latest articles on your chosen topics condensed into a free bi-weekly email.
Register For News Alerts
Article Tags
UK Immigration General Immigration
Similar Articles
Powered by mondaq AI
MATCH
74%
The 'Ethical Decision-Making Model' Tool For Home Office Staff Richmond Chambers Immigration Barristers
49%
How To Chase A Delayed UK Visa Application Richmond Chambers Immigration Barristers
45%
UK Visa Processing & Decision Waiting Times Richmond Chambers Immigration Barristers
Related Articles
British Citizenship For Children Of Unmarried Parents Richmond Chambers Immigration Barristers
Extension Of The Services Mobility Agreement Envoy Global, Inc.
Exceptions To Appendix FM Partner & Parent Visa Requirements Richmond Chambers Immigration Barristers
Helpful Guidance Updates For Sponsors Of Workers Lewis Silkin
Escape The Economic Crisis In The UK By Retiring To Spain Giambrone & Partners
Mondaq Webinars
The New Swiss Data Protection Act - What You Need To Know
FABIAN PRIVACY LEGAL GmbH
Navigating the AI Legal Landscape
INQ Law
More Webinars
Comparative Guides
Anti-Corruption & Bribery
Artificial Intelligence
Banking Regulation
Blockchain
Cartels
More Guides
Mondaq Advice Centres
UK
Coming to and Investing in the UK
Global
Trademarks in SAARC Countries
More MACs
Curated Content
Most Frequently Asked Questions On Grenada Citizenship By Investment Program
Harvey Law Group
Upcoming Events
Mondaq Social Media