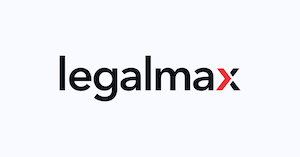 Kazakhstan: Customs Register Of The Republic Of Kazakhstan-2018. New Rules Of Operation

This alert will consider the amendments, which the Code introduces into the measures on protection of the right holders' rights for their intellectual property objects (hereinafter referred to as "IP objects"), which are established by the customs authorities.

The Code introduces the concept and regulation of a single customs intellectual property objects register of the Eurasian Economic Community member states (hereinafter referred to as "single CIPR of the EAEC"). In our view, the regulation peculiarities of the single CIPR EAEC are the following:

The amendments have also affected the regulating part of the CIPR of the RK. The novelties, which have been introduced by the Code since January 1, 2018, are provided herein below:

The right holder or his representative are allowed, with the customs authorities' permit, to take probes and (or) samples of the goods, while there is a resolution on suspension of their production, also for conducting investigation thereof, as well as to obtain a right to examine, photograph or register such goods in any other way. While taking probes and samples of the goods, including product examination, was performed by a customs authority official earlier.

ARTICLE TAGS
Kazakhstan Intellectual Property Copyright Patent Trademark
POPULAR ARTICLES ON: Intellectual Property from Kazakhstan
Charging Up: The Rapid Rise Of Battery Technology
Powell Gilbert
First developed in 1799 by the Italian physicist Alessandro Volta, battery technology can hardly be said to be new. Fast-forward two centuries, however, and batteries are front-and-centre of the...
Regarding Claims For Provision Of Information And Rendering Of Accounts Regarding Deliveries Abroad – The Decision Passed By The Higher Regional Court Of Duesseldorf, Docket No. I-2 U 25/19
Bardehle Pagenberg
The Defendant lodged an appeal against this judgment with the Higher Regional Court of Duesseldorf.
Best Of Both Worlds: Protect Your Brand And Grow Your Business!
Michael Kyprianou Advocates & Legal Consultants
In its latest published report[i] EUIPO, citing the earlier common project study in cooperation with the EPO[ii], it was found that small and medium-sized enterprises (SMEs)
EPO Approach To Priority Entitlement Clarified By Board Of Appeal In Case T0844/18
J A Kemp LLP
In a press communiqué dated 6 November 2020 the Technical Board of Appeal of the European Patent Office (EPO) issued its written decision revoking European patent number EP2771468 owned by the Broad Institute, Inc. and others.
How To Prove 'Passing Off'
Gowling WLG
'Passing off' does not have a statutory basis and doesn't need to be registered to be effective.
Brexit: What EU Rights Holders Should Know
Haseltine Lake Kempner LLP
The 31st of December this year sees the end of the Brexit transition period when EU trade mark and design rights will no longer extend to the UK.
FREE News Alerts
Sign Up for our free News Alerts - All the latest articles on your chosen topics condensed into a free bi-weekly email.
Register For News Alerts
Article Tags
Kazakhstan Intellectual Property Copyright Patent Trademark
Related Articles
Планируемые Изменения В Законодательстве Об Интеллектуальной Собственности Legalmax
Planned Amendments And Changes To The Intellectual Property Legislation Legalmax
Понятие И Условия Правовой Защиты Коммерческой Тайны И Ноу-хау GRATA International
The Concept And Conditions For Legal Protection Of A Trade Secret And A Know-How GRATA International
Naphtyzinum: ‘Soviet' Trademark Or Public Interest? GRATA International
Mondaq Webinars
Rise of Insolvencies & Restructurings Post Covid
PUNUKA Attorneys & Solicitors
Webinar Lagos Nigeria
Securitisation in Luxembourg – A Vibrant Market with a Flexible Toolbox
GSK Stockmann SA
Webinar Luxembourg Luxembourg
More Webinars
Comparative Guides
Mining
Mondaq Advice Centres
Global
Investment Immigration
Global
Trademarks in SAARC Countries
More MACs
Curated Content
A Framework For Examination Of Personal Devices Under The Turkish Competition Authority's New Guidelines – How It Converges With And Differs From The EU Practice
ELIG Gürkaynak Attorneys-at-Law
Digital Securities Business Is About To Bloom
Anderson Mori & Tomotsune
A Different Perspective To Employer`s Liability For Anti-Competitive Behaviors: Arçelik's Application For Leniency
ELIG Gürkaynak Attorneys-at-Law
Losing The Battle, Winning The War? – Ramifications Of The Newly Introduced Settlement Mechanism Under Turkish Competition Law
ELIG Gürkaynak Attorneys-at-Law
Upcoming Events
Mondaq Social Media