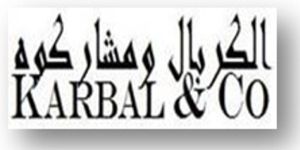 Libya Investment Libya is not only notorious for being one of the most stringent Middle East countries in enacting oil regulations but also is known for its rigorous negotiation tactics. The Libyan Petroleum Law no. 25 of 1955 divided concession areas into small exploration sections, not exceeding 75,000 square kilometers.

As a result of this planned Libyan strategy, in contrast to other Arab countries, many large and small companies commenced exploring the Libya desert. This enabled the Libya government to deal with many investors rather than coping with monopolistic domination by one or two investors with control of the entire concession areas.

In the 1960s and 1970s, the Libyan government began negotiations with various companies regarding a percentage amendment of the Libyan royalties. Many companies agreed to increase the royalties' percentage, which resulted in a subsequent profitable production-sharing agreement with the government. Yet, others refused and faced the ax of partial nationalization.

Forty-two years of the Kaddafi regime's apathetic attitude and incoherent economic development strategies left Libya as one of the least developed of the oil-producing countries. Further, the Kaddafi's regime's obliteration response to the February 2011 Libyan uprising resulted in more devastation of the already dilapidated infrastructure.

In this atmosphere of underdevelopment, ignorance, and destruction, which was inherited by the New Libya leaders, they were required to seek quick solutions to hasten the rebuilding and rushed to enacting new economic laws. Yet, there was hesitation by the lawmakers for their decision concerning the legal framework under which foreign companies will operate in the New Libya.

However, in July 2012, the Libyan Minister of Economics issued decree no. 207 for the year 2012, slightly amending 2012 decree no. 103. Decree no. 207 of 2012 organizes the legal framework of foreign investment in Libya. Foreign investment is allowed in all economic sectors except certain areas that are strictly limited to Libyan citizens. For foreign companies, the decree also details the form of the legal entities, i.e., limited liability, joint venture, a branch of a foreign company, and representative offices.

As for the oil and gas sectors, the Ministry of Economics decree no. 207 of 2012 granted oil and gas companies the right to open a branch in Libya directly. A branch of a foreign office means that the mother company totally owns the shares of the company. The only restriction is that a manager of the Libyan branch of the foreign company, or his deputy, must be a Libyan citizen.

Decree no. 207 of 2012 allowed oil companies to open branch offices engaging in the following activities:

As for tax regulations, the New Libya witnessed a change in both personal and corporate tax laws. Before the revolution and subsequent downfall of the old regime, corporate tax was set at a flat rate of 20% of the net profit as per the Income Tax law no. 7 of the year 2010.

The new government, in 2012, has amended the same law by canceling a 4% tax on the net profit, which was known as the Jihad tax. All tax returns should be filed with the Tax Department no later than four months from the end of the company's fiscal year. Tax filing should be certified by an external auditor (certified accountant).