Nigeria: Federal High Court Determines Jurisdiction To Hear A Suit That Seeks To Interrogate The "Operations" Of A Foreign Company

On February 2, 2021, the Federal High Court (FHC) handed down its judgment in a high-profile jurisdictional challenge concerning whether, and to what extent, it can interrogate the "operations" of a foreign company - Suit No. FHC/L/CS/1946/2019 - Ifidon-Ola and Exoro Energy Holding Limited v Seven Energy International Limited & 13 Ors.

The decision will be of great interest to foreign companies with proprietary interests in Nigeria, as well as legal and financial advisers who routinely advise on corporate structures and set-ups involving foreign holding companies with Nigerian subsidiaries.

The Defendants challenged the jurisdiction of the FHC and the propriety of the suit, on the basis that the suit was procedurally defective, because, the Applicant failed to obtain requisite leave of the FHC before initiating the suit. More importantly, the Defendants contended that the FHC lacks the powers to interrogate the propriety of the allegations against the 1st Defendant (being a foreign company), and its directors, because the jurisdiction of the FHC by the provisions of section 251 (1) (e) of the Constitution of the Federal Republic of Nigeria 1999 (as amended) (the Constitution), is limited to disputes concerning the "operations" of companies incorporated under the Companies and Allied Matters Act (CAMA). 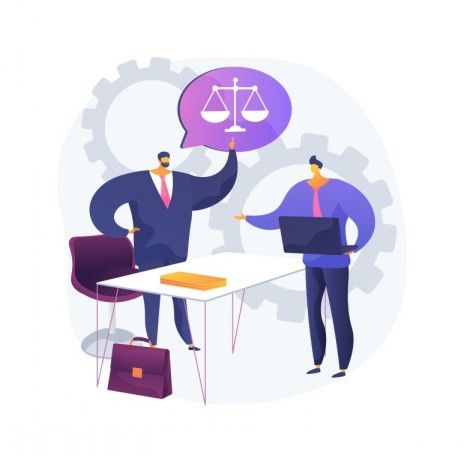 In a well-considered and landmark judgment, Honourable Justice Prof. C.A Obiozor, relying on the Supreme Court's decision in UBN Plc v. Sogunro,1  held that the suit which purports to be a derivative action was incompetent because the Applicant failed to seek leave of court before filing the suit. The judge particularly noted that the Applicant's attempt to apply for leave after commencing the suit is tantamount "to putting the cart before the horse", as leave of court cannot be retrospectively sought in derivative actions.

Although the above finding was sufficient to dispose of the suit, the FHC went a step further to decide the important question of the jurisdictional remit of the FHC over a foreign company, finding that:

(ii)     The action essentially interrogates the "running", "management" and "operations" of a foreign company, incorporated under the laws of Mauritius, and is therefore outside the FHC's jurisdictional remit.

(iii)     To the extent that the 1st Defendant is a foreign company, its regulation and operations do not qualify as "operations" of companies under CAMA, as envisaged by the Constitution.

This historic decision is a welcome development, as it reflects the legislative intent underpinning the scope and extent of the jurisdiction of the FHC, in so far as it relates to jurisdiction to entertain questions arising from the "operations" of companies incorporated under CAMA. The decision also clarifies the point that questions relating to the "operations" of foreign companies, should not be subject to the jurisdiction of the FHC, even when such foreign companies have Nigerian subsidiaries, or have proprietary interests in Nigerian assets.

ARTICLE TAGS
Nigeria Corporate/Commercial Law Corporate and Company Law Directors and Officers Shareholders
POPULAR ARTICLES ON: Corporate/Commercial Law from Nigeria
The Nigeria Startup Act 2022: Highlights Of Its Framework And Notes On Its Prospects
Olaniwun Ajayi
On 19 October 2022, the President of the Federal Republic of Nigeria gave his assent to the Nigeria Startup Bill 2021 (the Bill), effectively signing it into law as the Nigeria Startup Act 2022 (the Act).
The Companies And Allied Matters Act 2020 – What You Need To Know - Part 12 – Directors Under The Cama 2020
Udo Udoma & Belo-Osagie
The Companies and Allied Matters Act Laws of the Federation of Nigeria 2004 was initially made law in Nigeria in 1990 as a decree of the military government.
20 Innovations In The Companies And Allied Matters Act 2020
Udo Udoma & Belo-Osagie
It is now possible to have single shareholder/single director companies. This is available to small companies
Current Procedure For Company Registration In Nigeria
Resolution Law Firm
Primarily, the Corporate Affairs Commission is given the responsibility of registering companies in Nigeria.
Regulatory Compliance Checklist For Startups In Nigeria
Pavestones Legal
Startups wishing to operate with ease and avoid sanctions from regulators must pay attention to compliance and ensure that they understand regulations in countries in which they operate.
ESG Tracker SADC Region October 2022
Herbert Smith Freehills
There are so many ESG-related publications and developments that it is hard to keep abreast of them all.
FREE News Alerts
Sign Up for our free News Alerts - All the latest articles on your chosen topics condensed into a free bi-weekly email.
Register For News Alerts
Article Tags
Nigeria Corporate/Commercial Law Corporate and Company Law Directors and Officers Shareholders
Similar Articles
Powered by mondaq AI
MATCH
53%
Effect Of Requirement For Registration Of A Foreign Company In Nigeria Fred-Young & Evans
50%
Foreign Companies Doing Business In Nigeria: Has The Decision In CITEC INT'L ESTATES LTD V. INT'L INC & ASSOCIATES Sounded A Final Death Knell? – Abdulkabir Badmos S.P.A. Ajibade & Co.
49%
Legal Framework For Foreign Companies To Carry On Business In Nigeria Fred-Young & Evans
45%
The Right Of Foreign Companies To Sue In Nigerian Courts And The Enforcement Of Contract By Foreign Companies: Johnson Bryant
44%
How Foreign Companies And Offshore Investors Can Establish In Nigeria Lex Artifex, LLP
Related Articles
Regulatory Compliance For Startups In Nigeria The Trusted Advisors
"Shine Your Eyes" - Are Disclosure Letters In Acquisitions The Real Deal? TNP
The A-Z Of Registering A Foreign Owned Business In Nigeria Sidebrief Inc.
Getting A Business Registered In Nigeria, Application To Approval Sidebrief Inc.
The Role Of A Company Secretary Olisa Agbakoba Legal (OAL)
Mondaq Webinars
The New Swiss Data Protection Act - What You Need To Know
FABIAN PRIVACY LEGAL GmbH
Navigating the AI Legal Landscape
INQ Law
More Webinars
Comparative Guides
Aviation Finance
Corporate Governance
Dominance
Enforcement of Foreign Judgments
Insurance
More Guides
Mondaq Advice Centres
Global
Trademarks in SAARC Countries
More MACs
Upcoming Events
Mondaq Social Media