Mexico: Can Two Patents For The Same Invention Be Obtained Under Mexican Patent Law?

by Sergio Olivares, Jr. and Mauricio Sámano
OLIVARES
Your LinkedIn Connections
with the authors 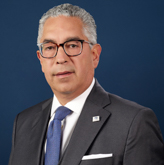 The Mexican IPL is clear on the fact that it is not possible to obtain two patents for the same invention. However, there are certain scenarios in which this situation could in fact occur. Sergio Olivares, Jr. and Mauricio Sámano explain the situation.

As we mentioned in a previous publication, one of the objections that most applicants who seek to protect their pharmaceutical, chemical, and biotechnological inventions in Mexico have been forced to deal with is a double patenting objection. A double patenting objection is raised when an Examiner considers that the matter claimed in a patent application is already covered by a previously granted patent, in order to avoid the issuance of more than one patent(s) for the same invention.

In this sense, it is important to clarify that the Mexican IPL does not have a specific provision that prohibits double patenting. However, the Mexican Institute of Industrial Property (hereinafter referred to as 'IMPI') applies the criteria applied by most patent systems, which is that two patents cannot be granted for the same invention. The basis for the criteria applied by the IMPI is that an applicant has no legitimate interest in the proceedings that lead to the granting of a second patent for the same subject matter if he already possesses one granted patent for said matter. Unlike US patent law, which expressly defines double patenting and specifically mentions that there are two different types of double patenting rejections ('same invention' type double patenting and 'non-statutory' type double patenting), the IPL does not expressly define double patenting. This can lead to a series of different interpretations with each Examiner giving their specific prohibitions, creating an inherent uncertainty around the double patenting issue.

Notwithstanding the above, it is also worth mentioning that, nowadays, there are certain considerations that Examiners apply when issuing a double patenting objection. Specifically, Examiners analyze the scope of the issued patent, as well as the scope of the matter that the applicant is pursuing in the subsequent patent application and verify whether there is an overlap in the scope of protection. In other words, if the issued patent protects a series of chemical compounds and the subsequent patent application claims a series of chemical compounds wherein some of these compounds fall within the scope of the compounds claimed in the senior case (issued patent), the Examiner will issue a double patenting objection.

Similarly, it is important to consider that a selection invention would be an exception to this criterion, namely, if the applicant demonstrates that a specific chemical compound that is sought to be protected in the patent application and which falls within the scope of the chemical compounds granted in the senior case, has a surprising and unexpected technical effect, which could not have been deduced from the senior case, or from any state of the art documents, it is very likely that the Examiner will not issue a double patenting objection. In this case, it is possible that the Examiner will request the respective experimental evidence that demonstrates said surprising and unexpected technical effect. Said experimental evidence could be presented as an annex to the response to an office action.

Considering the lack of specific definitions in the Mexican IPL and the lack of Examiners' guidelines on how to address a double patenting objection, this particular objection has been a subject of discussion in Mexican patent practice.

With respect to the above, we felt it was important to discuss a very unusual Patent Prosecution case in which two patents were granted for essentially the same invention. The scenario, in this case, was particularly unique since this invention was developed jointly by two companies which filed a US non-provisional application. Afterwards, each company filed its own PCT application which later entered their respective national phases in several countries, such as Mexico.

When the application that our firm was handling (hereinafter referred to as Document A) reached substantive examination, the Mexican Examiner cited as relevant prior art, for novelty purposes, a certain Mexican patent (hereinafter referred to as Document B) in the name of another company which had the same international filing date as that of our clients' patent application. The situation was even stranger when we realized that Document A and Document B claimed priority of the same provisional US application. Even more unusual, the description of Document A and Document B was identical.

"Article 17. The prior art on the filing date of the patent application or, where applicable, the recognized priority date, shall be used to determine whether an invention is new and involves an inventive step. Furthermore, in order to determine whether an invention is new, the prior art shall include all patent applications filed in Mexico prior to said date and still pending, even if the publication referred to in Article 52 of this Law occurs at a later date."

For clarity sake, Article 52 of our domestic law establishes the following:

With respect to the above, it is important to point out that the nature of Article 17 is to determine that it is not possible to have two patents for the same invention. In this regard, Article 17 establishes that it is possible to cite as prior art documents (only for novelty purposes), applications that were filed in Mexico at an earlier time. Specifically, Article 17 mentions that in Mexico, it is possible to cite as prior art, an application filed in Mexico that has an earlier priority date even though said application was not published at the time the second application was filed. This was not the case in our clients' application because both Documents A and B shared the same priority date and even more, they had the same priority number. In this sense, the Examiner's interpretation of our domestic law was also incorrect because he based his objection on the fact that Document B was filed before IMPI at an earlier date than Document A and overlooked the fact that the date triggering the legal effects in Mexico is that of the priority date and not that of the filing date in Mexico. This is also explained in Article 40 of our domestic law which mentions the following:

"Article 40. Where a patent is sought after having been applied for in other countries, the filing date in the country of first filing may be recognized as the priority date, provided that filing in Mexico occurs within the periods specified by international treaties or, failing that, within 12 months of the application for a patent in the country of origin."

Therefore, in this very particular case, it was possible to have two patents for the same invention.

In the end, Olivares prevailed and the Mexican Institute of Industrial Property issued the notice of Allowance for Document A.

However, one advantage that we see is that both Examiners and their Supervisors are open to having telephone conversations or faceto- face interviews with patent agents and attorneys, which simplifies and expedites the prosecution of patent applications in Mexico. In our particular case, these interviews were essential for obtaining the grant of document A instead of facing a rejection which would have cost the client more money and delayed the issuance of their patent application.

Another great advantage of the Mexican patent system is that currently, IMPI has Patent Prosecution Highway (PPH) agreements with several other patent offices around the world, such as the USPTO, EPO, SIPO, KIPO, CIPO, JPO, among others. Requests for PPH examination are an attractive option for applicants that seek to protect their inventions in Mexico because it is possible to obtain a Notice of Allowance for a corresponding Mexican application approximately 2 to 3 months after the PPH request is filed.

Also, an additional recent amendment to our domestic law that was published on March 13, 2018 and which will become in force on April 27, 2018 contains several modifications for patents and designs. Among the most interesting changes is that the term of protection for designs has changed to a term of 5 years, with five possible renewal periods, that could last up to 25 years, instead of the previous one 15-year term. Another very interesting modification is that after being published, all patent, utility models and design applications will be open for public inspection. Previously, it was only possible to consult the file wrapper when the patent application issued.

We are confident that the above amendments to our domestic law along with the International treaties that are currently under negotiation (for example TPP and the Free Trade Agreement with the European Union) will help in continuing to shape our patent system into a more mature one.

Originally published by The Patent Lawyer.