by Himanshu Mohan
Khurana and Khurana
To print this article, all you need is to be registered or login on Mondaq.com.

Kim Kardashian West, the popular American media personality, described by her critics and admirers of being 'famous for being famous' was recently in news this June after receiving a wave of backlash on social media against the decision to name her new shapewear line "Kimono" which is also a traditional Japanese robe garment. 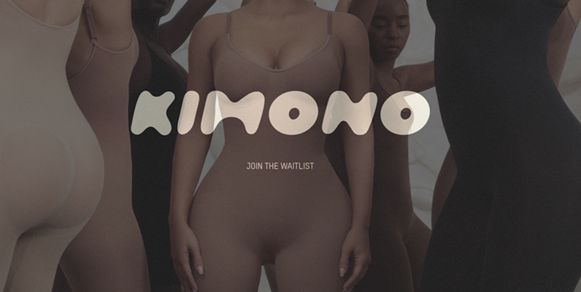 The issue is related to Kim's lingerie brand, KIMONO-a new line of shapewear and the wider problem of fashion's cultural appropriation. The brand website explains that Kimono is "a new, solution focused approach to shape enhancing underwear" and "fueled by her (Kim's) passion to create truly considered and 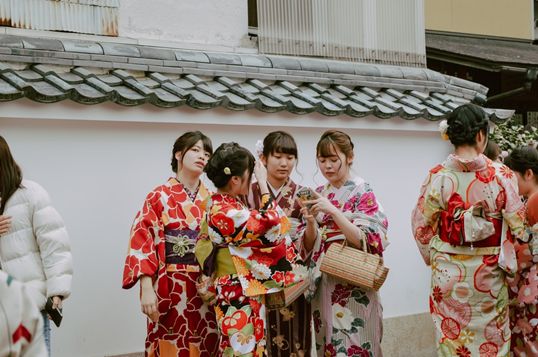 highly technical solutions for everybody". [1] The name of the brand is obviously a clever (some would say deliberately inventive) play on words with Kardashian's first name, but a huge uproar has erupted online with regards to the fact that the brand is named after the traditional Japanese garment, the venerable 'Kimono'. Following the launch of her brand, Kardashian came under public outrage, both in America and Japan and primarily on social media platforms labelling it as "cultural appropriation" with people expressing their dissatisfaction and disapproval with the fact that the so-called shapewear Kardashian shared in photo promos looks nothing like an actual 'kimono' in the first place.

West explained the mark as serving the dual purposes of being a play on her name and showing respect for the Japanese culture. In fact, Kimono is Japanese for a traditional long, baggy garment that has been worn by Japanese women for centuries. Kardashian's effort caused an uproar among the Japanese community in Japan and here in the United States. The community accused Kardashian of trying to exploit a centuries-old Japanese tradition for commercial gain. [1]

Although the immediate controversy has now subsided, Kardashian's truncated effort has renewed debate around the larger issue of "cultural appropriation" and its intersection with trademark law.

The controversy also prompted the mayor of Kyoto, Daisaku Kadokawa, to issue a statement [1] urging Kardashian to drop the trademark of Kimono for her shapewear brand. In his letter, he wrote, "Kimono is a traditional ethnic dress fostered in our rich nature and history with our predecessors' tireless endeavors and studies and the same should not be monopolized, He also went on to emphasise that the city is aiding in Japan's initiatives to get "Kimono Culture" registered to UNESCO's Intangible Cultural Heritage list because the rich culture and heritage behind the garment shouldn't be monopolized.

Although the original Trademark application has now been voluntarily amended [1] omitting the terms, 'Kimonos' and 'Robes' under the Goods and Services category for the word mark, a search on the USPTO website clearly shows the trademark application containing the two generic terms under the 'KIMONO' word mark.

In fact, the word 'kimono' has been applied and registered 34 times in the USA. In Australia, Hasbro Inc, the large toy company, has registered the word 'kimono' for 'toys and games and dolls in Japanese national dress'. Mayer Laboratories had registered the name 'kimono' for contraceptives in 2007. It would seem that Hasbro and Mayer have avoided the accusation of cultural appropriation. [1] To be valid, a trademark needs to be distinctive enough to perform its dual identifying and distinguishing functions. Trademark law provides three categories of distinctiveness for trademarks: inherently distinctive, descriptive, and generic.

Inherently distinctive marks (fanciful, arbitrary or suggestive) are inherently capable of acting as source identifiers. Descriptive marks, on the other hand, describe an aspect of the good or service they are used to identify. Descriptive marks are only valid if they have "acquired distinctiveness" or "secondary meaning," meaning that consumers have come to associate the mark with the product or service it identifies. A generic mark refers to "what" the good or service is, and, as such, is not capable of acting as a source identifier for that good or service. [1]

In India, such an application would be hit by Section 9(1)(b) of The Trade Marks Act, 1999 which provides for Absolute grounds for refusal of registration as the mark consists exclusively of indication and/or characteristic of the good or services, particularly, the word mark. 'Kimono' for a traditional 'Kimono' dress.

The phrase 'cultural appropriation' is defined by the Oxford Dictionary as "the unacknowledged or inappropriate adoption of the customs, practices, ideas, etc. of one people or society by members of another and typically more dominant people or society." In the trademark world, culture and trademarks have always had a rocky relationship. Westernized and European-centric designers have historically been accused of stealing traditional designs, music, dances and hair styles for their own use and profit, while the minority groups from whom they took receive little more than an acknowledgement. [1] Hence, corporations need to be more sensitive and aware than they have ever been when it comes to applying intellectual property (IP) to a print, shape, saying, or concept that is associated with a particular set of values, expression, and/or ethos of a group of people. [2]

Appropriating 'cultural' symbols has been attempted in the past too. In the 90s, India had to fight a dogged battle against some American companies to protect the name 'Basmati' rice despite significant claims to GI-tagging. Those American companies in fact managed a trademark on 'Kasmati' rice and it took the Indian government a lot of legal expense and cross-country effort to protect its turf. The words 'khadi' and 'yoga' have seen pitched battles too. German company Khadi Naturprodukte almost managed an EU trademark not too far back on 'khadi' and it took a lot of legal wrangling to negate the foreign entity. It would surprise many to know that the US Patent and Trademark office has reportedly issued 150 yoga-related copyrights, 134 trademarks on yoga accessories and 2,315 yoga trademarks. [3]

The lesson for brand owners, celebrities and entertainers may be that selecting a name derived from another culture involves more than just ascertaining whether it is available and registrable under a country's Trademark Law. Consideration should be given to cultural sensitivities and the likely reaction in the marketplace to whether the name will be deemed offensive or inappropriate and ultimately bad for business. [1]

ARTICLE TAGS
India Intellectual Property Trademark
POPULAR ARTICLES ON: Intellectual Property from India
Patent Law in India
Anand & Anand
The Patents Act 1970, along with the Patents Rules 1972, came into force on 20th April 1972, replacing the Indian Patents and Designs Act 1911. The Patents Act was largely based on the recommendations of the Ayyangar Committee Report headed by Justice N. Rajagopala Ayyangar. One of the recommendations was the allowance of only process patents with regard to inventions relating to drugs, medicines, food and chemicals.
International Regime Of Intellectual Property Laws And Its Importance In Trade
Khurana and Khurana
Protection of intellectual property protection is done by granting the inventors the sole right to exploit their innovation, which includes
Copyright Law In India- Everything You Must Know
Vaish Associates Advocates
Indian copyright law is at parity with the international standards as contained in TRIPS.
Moral Rights Under Copyright Law
Intepat IP Services Pvt Ltd
In the year 1957, the Government of India commissioned a certain Mr. Sehgal to create a bronze mural for the Vigyan Bhavan, the most prominent International Convention Hall in Delhi.
Patents Law In India - Everything You Must Know
Vaish Associates Advocates
The presentPatents Act, 1970 came into force in the year 1972, amending and consolidating the existing law relating to Patents in India
Intellectual Property Laws In India- Everything You Must Know
Vaish Associates Advocates
With the rapid globalisation and opening up of the Indian economy, "Intellectual Capital" has become one of the key wealth drivers in the present international trade.
FREE News Alerts
Sign Up for our free News Alerts - All the latest articles on your chosen topics condensed into a free bi-weekly email.
Register For News Alerts
Article Tags
India Intellectual Property Trademark
Related Articles
International Aspect Of Patents For Microorganisms (Budapest Treaty 1977) Khurana and Khurana
Patent (Amendment) Rules 2020 Come Into Force Khaitan & Co
Patent Lapsed Due To Agent Error Is Restored By IPAB Obhan & Associates
Bombay High Court- Plex v Zee, Who Is Streaming? Khurana and Khurana
Trademarks Comparative Guide Obhan & Associates
Mondaq Webinars
Global Investigations During the Covid 19 Pandemic
The Law Offices of Panag & Babu
Webinar New Delhi India
Patent Filing, Prosecution, and Enforcement in India
LexOrbis
Webinar New Delhi India
More Webinars
Comparative Guides
Alternative Investment Funds
Blockchain
Cartels
Cybersecurity
Enforcement of Foreign Judgments
Mondaq Advice Centres
India
Trademarks
India
Insolvency
India
Arbitration, Litigation and Conciliation
Global
Trademarks in SAARC Countries
Global
Investment Immigration
More MACs
Curated Content
A Different Perspective To Employer`s Liability For Anti-Competitive Behaviors: Arçelik's Application For Leniency
ELIG Gürkaynak Attorneys-at-Law
Losing The Battle, Winning The War? – Ramifications Of The Newly Introduced Settlement Mechanism Under Turkish Competition Law
ELIG Gürkaynak Attorneys-at-Law
Upcoming Events
Mondaq Social Media