India: Lost In The Crowd! – The Life Of Generic Trademarks

It is the intention and rather the duty incumbent upon every individual and/or business to ensure that their brand is striking, stands out amongst the public and has attributes to easily become familiar with the target audience. However, this is where budding businesses must tread with caution, as a brand becoming too familiar may lead to Genericide!

'Generic' trademarks are those which with constant use, become so popular in the daily use of language by the public, that the mark is no longer associated with the particular business entity, and instead assumes the meaning of a particular good and/or service itself. In such cases, a mark which is originally granted registration on the basis of its distinctive character, becomes generic and eventually loses its distinctiveness. This process is known as genericization. Some examples of generic trademarks include - Aspirin, Band-Aid, Cellophane, Velcro, and Thermos; all of which have gained a generic status due to extensive use of the term, in a manner where it is interchangeably used in everyday conversation for a product identical in nature, and not necessarily associating it with the original brand.

Inversely, a mark which is originally 'generic' in nature, is not eligible to be protected by Trade Marks law at all, unless the Applicant successfully justifies that the said mark has acquired a secondary meaning in connection with its business. For example - a proprietor engaged in the business of perfumes, would not succeed in obtaining registration for the word mark "perfume" as the same is evidently a generic term in the context of its business. The same, if granted protection, would monopolize the entire trade and forcefully drive out the competitors from the market. However, if the proprietor sufficiently shows cause that the term "perfume" has indeed acquired a secondary meaning, then the same may be granted protection under the Trade Marks law.

While the term trademark genericide is not defined within the Trade Marks Act, 1999, the same refers to a process of the loss of distinctiveness in a given mark over a period of time, as a result of which the mark starts to be used "generically" in the context of certain goods or services. The term Band Aid is also another example of generic trademark- it was originally acquired and registered by Johnson & Johnson. However, the mark has been used so frequently that the term Band Aid has now become synonymous with "adhesive bandages".

The genericization of a trademark grants free pass to other competitors in the trade to ride upon the goodwill and fame garnered by the original business entity. Much like the example of Xerox, wherein even though photocopies can now be made with machines from Canon, Ricoh or Toshiba, consumers still continue to use the term Xerox which has assumed the meaning of photocopying.

The law with respect to the interests and rights of a business entity that lost its trademark to genericide, continues to remain gray.

The word mark 'App Store', coined, registered and acquired by Apple Incorporation was not granted protection in the Australian Courts, for becoming generic, within one year of its registration.1 The Federal Court of Australia dismissed Apple's appeal, stating that "the App Store must not be taken as not being capable of distinguishing the designated services as Apple's services." Some other examples include the term 'Escalator', which was originally registered by Otis, but the same lost its protection due to becoming generic. The mark 'Aspirin', which was originally adopted by a company named Bayer, also met the same fate owing to the mark being used too commonly.

Further, the Madras High Court in the case of Mr. A.D.Padmasingh Isaac and M/s Aachi Masala Foods (P) Ltd vs. Aachi Cargo Channels Private Limited3, held that granting exclusive rights over a generic term to a single proprietor would be unfair to other proprietors in the trade and the same would be against the principles of natural justice. However, the Court acknowledged the use and registration of composite generic trademarks, which refers to the combination of a generic term with other terms. The same was also accepted by the Supreme Court in the case of Parakh Vanijya Private Limited vs. Baroma Agro Product and Others4, wherein the Court allowed the registration of a business entity looking to protect the mark 'Baroma Malabar', which was opposed by the appellant with 'Malabar Gold' as their registered trademark. In this case, the court also observed that the generic term 'Malabar' cannot be granted to one single business entity.

Currently, there are several registered marks that are enjoying exclusive rights under the trade marks law, but are highly vulnerable to genericization. For example, "Google" is slowly becoming synonymous with looking up information on the internet e.g. - 'Google it', 'Googling", etc.

Perhaps, the current trend of using trade marks as verbs while marketing ones' own brand helps gain instant traction, though, the same makes it highly vulnerable to fall prey to trade mark genericide, in the long run.

While some entities are busy harvesting the (rather, short term) benefits of their trade mark becoming borderline generic, several multinationals have indeed began recognizing the underlying issues that come with genericization of their trade marks and have taken active measures to prevent the same. For instance, Velcro IP Holdings LLC and trading as Velcro Companies, having the brand name VELCRO, in respect of "hook-and-loop fasteners" repeatedly urges the public to not use its trade mark interchangeably for the type of product, as they are at a high risk of losing their rights in the "trade mark". In 2017, the official YouTube page of the brand VELCRO posted a video trying to create awareness among the public.5 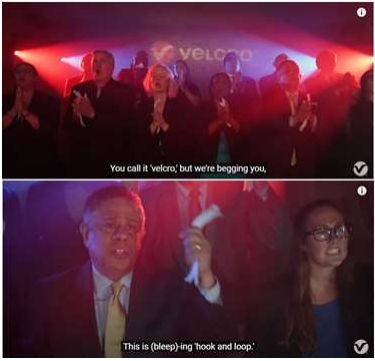 By way of another example, to counter the effects of the term 'Xerox' becoming vulnerable to becoming synonymous with 'the act of making copies of a document', Xerox Corporation came-up with "anti-genericide" advertisements to educate the people regarding its trade mark rights over the term 'Xerox'. For example, they introduced creative advertisements carrying taglines like - "You can't Xerox a Xerox on a Xerox. But we don't mind at all if you copy a copy on a Xerox® copier." and "When you use 'xerox' the way you use 'aspirin,' we get a headache.". Such efforts humorously and tactfully conveys to the consumers that their trade mark must not be interchangeably used. 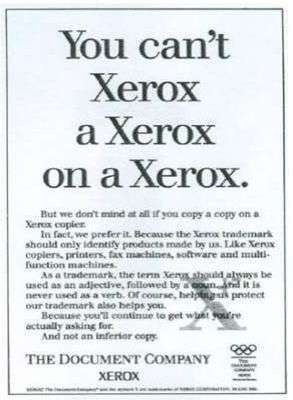 Another noteworthy strategy includes the case of Google, where they published "rules for proper usage"6 for all its trade marks, in order to prevent the use of "Google" as a common verb. However, the real test is the actual impact of the publication of such rules, in comparison to the strategy adopted by Xerox Corporation. For a message to have a wider outreach, the approach adopted by Xerox may reap the desired results in a better manner, as it is seldom that a user would voluntarily go into reading policies and other fine print of the like. 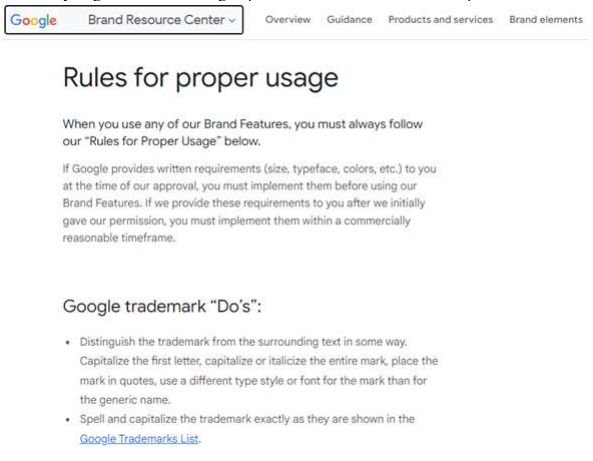 One of the main reasons behind Trademark Genericide, includes the continuous use of a trademark by the public to the point where it is used to denote a particular product rather than the source. Thus, the duties of a trademark owner do not end with the "due diligence" before adopting and registering a distinctive trademark, but also goes beyond the point of registration. In other words, preventing distinctive trademarks from becoming generic very much lies in the hands of the business, which must be duly practiced. In this regard, WIPO7 lays down certain useful guidelines to prevent trademark genericides, including:

Additionally, initiating appropriate legal action in a timely manner is as important, in order to protect one's trademark rights.

Therefore, it is pertinent for businesses to strike a balance while promoting their trademark, so that they are advertised to the extent that they become well known, but not generic. Indeed, it is the duty of the respective businesses to identify and adopt best practices that could possibly prevent the genericization of their trademarks. They must understand the consumer perception of their mark, and take appropriate steps to counter any practice that may lead towards trademark genericide.

7. Page 60, Making a Mark - An Introduction to Trademarks and Brands for Small and Medium-sized Enterprises (WIPO Publication) - https://tind.wipo.int/record/29006

ARTICLE TAGS
India Intellectual Property Trademark
POPULAR ARTICLES ON: Intellectual Property from India
Assignment And Licensing Of Copyright
S&A Law Offices
Copyright is a protection given to the creators of certain types of works as an acknowledgment to their intellectual input
Patent Law in India
Anand & Anand
The Patents Act 1970, along with the Patents Rules 1972, came into force on 20th April 1972, replacing the Indian Patents and Designs Act 1911. The Patents Act was largely based on the recommendations of the Ayyangar Committee Report headed by Justice N. Rajagopala Ayyangar. One of the recommendations was the allowance of only process patents with regard to inventions relating to drugs, medicines, food and chemicals.
Process: Trademark Registration In India
Intepat IP Services Pvt Ltd
Many entrepreneurs do not comprehend the importance of a TM search.
IP Violations On Social Media Platforms And The Role Of Intermediaries
Sujata Chaudhri IP Attorneys
The power of social media as a virtual platform for disseminating content created by an individual or entity is limitless. Social media is, by and large, ...
Difference Between Passing Off And Infringement Of The Trade Mark
Khurana and Khurana
A Trade mark may be defined as a lawfully protected abstract, word, symbol, color, mark, slogan or a mixture of those related to an organization or a selected product that differentiates it from the others accessible within the market.
Protection Of Movie Title As A Trade Mark – The 'Sholay' Protection
Shardul Amarchand Mangaldas & Co
In a recent judgement disposing of a long pending lawsuit, the Hon'ble Delhi High Court in Sholay Media Entertainment & Ors. v. Yogesh Patel & Ors has held that titles of films are eligible for protection as a trade mark...
FREE News Alerts
Sign Up for our free News Alerts - All the latest articles on your chosen topics condensed into a free bi-weekly email.
Register For News Alerts
Article Tags
India Intellectual Property Trademark
Similar Articles
Powered by mondaq AI
MATCH
61%
Protection And Enforcement Of A Well-Known Trademark ANM Global
46%
Can Hashtags Be Trademarked? Photon legal
57%
Burj Al Arab vs. Burj Noida: All Bets Are Off! Photon legal
56%
Can Keywords Infringe Trademarks? Photon legal
45%
Protection Of Movie Title As A Trade Mark – The 'Sholay' Protection Shardul Amarchand Mangaldas & Co
Related Articles
Can Hashtags Be Trademarked? Photon legal
Time To Retire The Lithium-ion Battery? Photon legal
8 Strangest Patents Ever (Part-I) Photon legal
Machines Cannot Think, Or Can They? Photon legal
Protection And Enforcement Of A Well-Known Trademark ANM Global
Mondaq Webinars
Global Life Sciences M&A: Market Overview and Trends
Dechert
Webinar London UK
Funding or insurance? Commercial Approaches for Litigation and Arbitration
Erso Capital Advisors LLC
Webinar California United States
More Webinars
Comparative Guides
Alternative Investment Funds
Artificial Intelligence
Aviation Finance
Aviation Regulation
Blockchain
More Guides
Mondaq Advice Centres
India
Trademarks
India
Arbitration, Litigation and Conciliation
India
Insolvency
Global
Trademarks in SAARC Countries
More MACs
Curated Content
Patenting 3d Bioprinting In India
Obhan & Associates
Under The Skin: Patentability Of Cosmetic Compositions And Treatments In India
Obhan & Associates
The Cords That Bind: Patenting Embryonic Stem Cell Related Inventions In India
Obhan & Associates
Reporting On Corresponding Foreign Patent Filings In India
Obhan & Associates