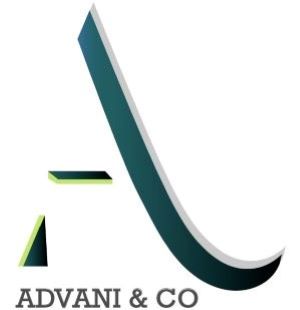 India: The End Of A Saga - The Conundrum Of Arbitrability Of Landlord-Tenant Disputes

by Hiroo Advani , Tariq Khan and Mahi Mehta
Advani & Co
Your LinkedIn Connections
with the authors

A long due controversy on arbitrability of tenancy disputes has finally been put to rest by the Hon'ble Supreme Court of India. A bench comprising of Hon'ble Justice N.V. Ramana, Justice Sanjiv Khanna and Justice Krishna Murari on 14 December, 2020 in the matter of "Vidya Drolia and others v Durga Trading Corporation" ('Vidya Drolia -II'),1 has overruled the ratio laid down in Himangni Enterprises v. Kamaljeet Singh Ahluwalia ('Himangi Enterprises')2 and held that the tenancy disputes are now arbitrable as the Transfer of Property Act, 1882 ('TP ACT') does not foreclose arbitration, save and except for those tenancy disputes which are governed by rent control legislations as specific forums have been given exclusive jurisdiction to decide the special rights and obligations of the parties.

The Supreme Court also took a pro-arbitration stance by overruling the ratio in N. Radhakirshnan v Maestro Engineers and ors.3 and held that while deciding an issue of public policy or public interest, reference to dispute resolution mechanisms cannot be held foreclosed.

THE JOURNEY SO FAR

Over the years, various conflicting judgments were pronounced by various High Courts in India on the issue whether disputes arising under a special statue/general statue can be a subject-matter of arbitration. The string of judgments have been interpreted below-

After analysing the aforesaid jurisprudence, a coordinate bench of the Supreme Court in the case of Vidya Drolia v. Durga Trading Corpn,11 ('Vidya Drolia- I') observed that the above issue needs to be authoritatively decided by a larger bench. Upon such reference, the Supreme Court in the instant case of Vidya Drolia -II has overturned the decisions of Himangi Enterprise and HDFC bank ltd. to hold that the landlord-tenant disputes are arbitrable except when they are covered by specific forum created by rent control laws. The Court held further that:

Landlord-tenant disputes governed by the Transfer of Property Act are arbitrable as they are not actions in rem but pertain to subordinate rights in personam that arise from rights in rem. Such actions normally would not affect third-party rights or have erga omnes affect or require centralized adjudication. An award passed deciding landlord-tenant disputes can be executed and enforced like a decree of the civil court. Landlord-tenant disputes do not relate to inalienable and sovereign functions of the State. The provisions of the Transfer of Property Act do not expressly or by necessary implication bar arbitration. However, landlord-tenant disputes covered and governed by rent control legislation would not be arbitrable when specific court or forum has been given exclusive jurisdiction to apply and decide special rights and obligations. Such rights and obligations can only be adjudicated and enforced by the specified court/forum, and not through arbitration.

The Booz Allen Case marks the difference between right in rem and right in personam. It was observed that the right in rem is a right exercisable against the world at large and is not amenable to arbitration, whereas in case of rights in personam, an interest is protected against a specific individual and is referable to arbitration. Further, the Court opined that matters relating to tenancy issues are matters related to public policy as it considers protection of the tenants as a 'class' and therefore, should be adjudicated by courts or public forums and not by arbitration.

Further, the Bombay High Court in its decision in Kingfisher Airlines Limited v. Prithvi Malhotra Instructor 12 narrowed down this principle by holding that rights in personam would not be arbitrable as a matter of public policy if a statute vests exclusive jurisdiction upon a particular court or tribunal.

Finally, the Apex Court after analysing the above principles, referred on the reasoning given by the Booz Allen Case 'that subordinate rights in personam arising from rights in rem have always been considered to be arbitrable' and basis the same, the Court explicitly held that the disputes under the TP Act are arbitrable as they are not actions in rem but pertain to subordinate rights in personam which arises from rights in rem.

In view of the above interpretation, the Court laid own a four-fold test for determining when the subject matter of dispute in an arbitration agreement is not arbitrable:

(1) when cause of action and subject matter of the dispute relates to actions in rem, that do not pertain to subordinate rights in personam that arise from rights in rem.

(2) when cause of action and subject matter of the dispute affects third party rights; have erga omnes effect; require centralized adjudication, and mutual adjudication would not be appropriate and enforceable;

(3) when cause of action and subject matter of the dispute relates to inalienable sovereign and public interest functions of the State and hence mutual adjudication would be unenforceable; and

(4) when the subject-matter of the dispute is expressly or by necessary implication non-arbitrable as per mandatory statute(s).

The Court clarified that these tests are not watertight compartments; they dovetail and overlap, albeit when applied holistically and pragmatically will help and assist in determining and ascertaining with great degree of certainty when as per law in India, a dispute or subject matter is non-arbitrable. Only when the answer is affirmative that the subject matter of the dispute would be non-arbitrable.

'EXISTENCE' or 'VALIDITY' of an Arbitration Agreement?

To determine the concerned issue, it is important the analyse the law laid down by the Court while interpreting section 11(6A) of the Act. Section 11(6A) of the Act restricts the examination by the courts of an application under section 11(4), for the appointment of an arbitrator, to the 'existence of an arbitration agreement'. The same principle was affirmed by the Supreme Court in the decision of M/s Duro Felguera S.A. v. M/s Gangavaram Port Limited 13 wherein the court interpreted these terms to mean that the courts are restricted to determining only the existence of an arbitration agreement.

Later the Supreme Court in Reckitt Benckiser (India) Private Limited v. Reynders Label Printing India Private Limited and Others14 reiterated the above position, that the courts should delve into only the existence of an arbitration agreement rather than validity.

Interestingly, the observation of R. Nariman J. in the case of Garware Wall Ropes Limited v. Coastal Marine Constructions and Engineering Limited15 cannot be side-lined. Justice Nariman opined that an agreement becomes a contract only if it is enforceable by law. This enforceability by law would be decided on the basis of contract law which does not allow enforcement merely based on the existence of an agreement. Instead, contract law allows the courts to delve into the validity of an agreement. Thus, the decision in this case indicates that the examination of the validity of the arbitration agreement is also covered under the scope of section 11(6A).

a) Whether the arbitration agreement was in writing? or

b) Whether the arbitration agreement was contained in exchange of letters, telecommunication etc?

c) Whether the core contractual ingredients qua the arbitration agreement were fulfilled?

d) On rare occasions, whether the subject matter of dispute is arbitrable?

The Court overruled the ratio laid down in SBP v. Patel engineering ltd16 and further opined that, examination by the Court on the subject of arbitrability may not be appropriate at the stage of section 8 of the Act keeping in mind the principles of severability and Kompetenz-kompetenz, which prefers the tribunal as the first authority to determine and decide on all questions of non-arbitrability and jurisdiction, however, as an exception a party may approach the Court under Section 8 or 11 of the Act, if a prima facie case (summary findings) of non-existence of valid arbitration agreement is made out.

This judgment is a positive step in the right direction wherein a pro-arbitration stance has been taken by the Supreme Court which will eventually make arbitration more robust in India. The judgment puts an end to a long debate regarding arbitrability of the tenancy disputes in India. Further, by reiterating the ratio laid down in Avitel Decision17 the Court has clarified that is not open to a party to resist arbitration by taking bald pleas of 'fraud'.

It can be argued that this judgment may lead to some debate on the issue whether the question pertaining to arbitrability of the subject-matter of dispute should be determined at the stage of section 11 or by the tribunal under section 16 of the Act. Moreso, it will be really interesting to see the effect of the judgment on the pending matters which are already filed in the court as parties may file section 8 applications requesting to refer the matter for arbitration.

All in all, this judgment reaffirms integrity and efficacy of arbitration as an alternative dispute resolution mechanism in India.