The much-awaited Competition Law Review Committee (CLRC) Report was presented to the Hon'ble Union Minister of Finance and Corporate Affairs on 26 July 2019. The aim of forming this committee was to review The Competition Act, 2002 (Act) and suggest a robust competition regime, by taking inputs from key stakeholders and suggest changes in both substantive and procedural aspects of the law.

Out of the key recommendations listed out above, the CCI, to much satisfaction of the Government of India, has already implemented a 'green-channel route' whereby combinations which do not have overlaps at a horizontal level or any vertical linkages or any complementary connections, are deemed to be approved as on the date of making of a notification to the CCI, in terms of the CCI's rules and regulations notifying such transactions.

While most of the other recommendations are also salutary and in line with the requirements of all stakeholders including the CCI, the government, business, civil society participants and consumers; some of these recommendations if adopted will have far reaching consequences and may cause irreparable harm to the CCI as an institution and the positive impacts that it has sought to achieve.

Similarly, the day-to-day functioning of the officers of the DG Office is supervised by the DG with no direct or indirect interference from the officers' cadre or the members of the CCI. The CLRC unfortunately, has recommended that the office of the DG should be 'formally folded' into the CCI as an investigation division. This singular recommendation could have an unfathomable impact. Firstly, by adopting a direct reporting mechanism for the officers of the DG's Office, the independence and impartiality attributed to these officers will be significantly compromised. In the current set-up, post the issuance of a prima facie order under Section 26(1) of the Act, the CCI is mandated to cause an investigation into such anti-competitive practices by the DG Office. This set-up was envisioned by the framers of the Act to ensure a checks-and-balances mechanism whereby both the regulator and its investigative arm would exert certain positive controls on how an investigation may be carried out by the DG's Office. This set-up was in contrast to the prevailing mechanism adopted under the erstwhile Monopolies and Restrictive Trade Practices Commission's (MRTP Commission) practices. In the MRTP Commission, the DG of Investigation was under its direct supervision and therefore, the role played by it and its effectiveness were significantly compromised.

It appears that the CLRC is recommending a structure which was similar to the one adopted in the MRTPC regime and had not yielded any significant positive impact, and this would yet again distort the institutional separation. The most recent decision of the Hon'ble Delhi High Court in the case of Competition Commission of India v. M/s Grasim Industries Ltd.2 appears to suggest far greater independence to the Office of the DG than is currently exercised. For instance, the Hon'ble Delhi High Court's judgement indicates that the powers of the DG can be expanded to cover violations that may be beyond the prima facie order in terms of Section 26(1) of the Act. This is in line with the judgement of the Hon'ble Supreme Court of India in the case of Excel Crop Care Ltd. v. Competition Commission of India and Ors.3, wherein it was held that while the starting point of an investigation would be the allegations of the complaint, if other facts also get revealed and are brought to light, the DG would be well within his powers to include those as well in the DG Report.

This amicable settlement of a dispute may be filed only after the receipt of the DG Report and within a prescribed time frame before a passing of the final order in the matter. Further, the CLRC has recommended that an order granting or rejecting a settlement application should not be appealable to the Hon'ble NCLAT. This recommendation is in line with the framework adopted by the European Union, the United Kingdom and Singapore. While the introduction of a settlement mechanism is praiseworthy, the framework will be successful only if either the orders of the CCI approving / rejecting the settlement application are open to an appeal or the offer of settlement is without the parties accepting direct violation of Section 3(4) or Section 4 of the Act. This suggested modification to the process will have far reaching effects in making the settlement framework robust.

CCI's power of review: Prior to 2007, Section 37 of the Act conferred the power of review to the CCI. The CCI could exercise powers of review and recall in respect of orders from which an appeal was allowed, but no appeal was preferred. However, Section 37 of the Act was repealed by The Competition (Amendment) Act, 2007. Thereafter, the Hon'ble Delhi High Court in the case of Google Inc. & Ors. v. Competition Commission of India held that the CCI has inherent powers to review and recall its orders as it was a cardinal rule of interpretation. However, in 2018, a division bench of the Hon'ble Delhi High Court expressed misgivings about the judgement in Google for the reason that the substantive review power which vested with the CCI earlier has been repealed. While this question of law is pending adjudication in the Hon'ble Supreme Court of India, the CLRC ought to have recommended that the powers of the CCI to review and recall its own order should be reinstated given that in the absence of these powers, the parties very often have to resort to the writ jurisdiction of the Hon'ble High Courts. It may be noted that all other regulators like the Central Electricity Regulatory Commission and the National Consumers Disputes Redressal Commission have powers to review their orders. From a practitioners stand point, this proposal, if adopted by the CLRC would have beneficial in respect of (a). curtailing pendency of various writs pending at Hon'ble High Courts; (b). timely adjudication of disputes which may currently be in challenge because of certain procedural lapses; and (c). would offer the parties and the CCI, an opportunity to readdress certain issues that may have inadvertently been incorrectly decided by the CCI.

Dedicated Competition Law Appeal Bench: The CLRC has very rightly recommended that a dedicated bench of the NCLAT should hear appeals under the Act. Unfortunately, the erstwhile appellate authority, i.e. the Hon'ble Competition Appellate Tribunal (COMPAT) was set-up exactly for this purpose which the Government of India failed to appreciate. It may be noted that since the COMPAT was scrapped in 2017, the rate of disposal of appeals arising under the Act has reduced very significantly. The scrapping of the COMPAT has been a significant impediment in paralyzing the final adjudication of disputes arising out of the Act.

This is a critical juncture in the life of the Indian competition regulator. It is imperative that the Government of India assess each recommendation properly before moving any motion to implement it. Any missteps taken in haste may backfire and may become a significant impediment to the development of a robust yet industry friendly regime. Experience suggests that the disbandment of the COMPAT was one such move and the recently implemented 'green channel' also appears to have significant concerns resulting in industry not using it for merger control notifications even though it is available. Such steps may be a spoke in the wheel to our Prime Minister's initiatives like Make in India and may be a stumbling block in ensuring better ease of doing business in India.

1 Kanika Chaudhary Nayar and Rudresh Singh are counsels with L&L Partners Law Offices. They can be reached at kchaudhary@luthra.com and rudreshs@luthra.com. Views are personal. 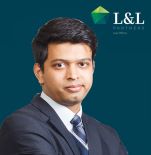