Germany: The Right Of Prior Use Of A Manufacturing Supplier: Can A Merely Indirect Act Of Prior Use Legitimize A Direct Act Of Use? "Schutzverkleidung für funktechnische Anlagen" – CoA Düsseldorf, docket no. I-15 U 49/16

According to the Higher Regional Court of Düsseldorf, a supplier who supplied all components of a patented device to a customer may, due to its right of prior use arising from this, also be entitled to assemble the device by itself. This presupposes that the former assembly into the protected entire device at the customer's site was "certainly predictable and [could be] easily accomplished". If the assembly is protected by a method claim, it is additionally required that the supplied means can "in technical and economic respects only be reasonably used in accordance with the patent". 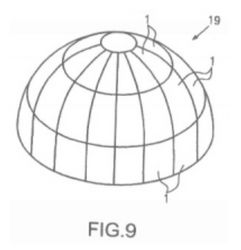 After the date of filing of the patent-in-suit, the Defendant built a so-called spheric radome for a third party, i.e. a dome-shaped covering made of plastic, which is permeable to microwaves and serves as a weather protection. For this purpose, it manufactured the necessary segments and assembled them into a dome.

The spheric radome and the method used for erecting it indisputably realize a device and a method claim of the patent-in-suit. The plaintiff asserted claims against the defendant for injunctive relief, information, rendering of accounts, recall as well as determination of residual redress and damages. The defendant brought a countercomplaint.

It was disputed between the parties whether a right of prior use existed in favor of the defendant. The defendant particularly referred to some radomes erected by third parties before the reference date for which it had manufactured and supplied entire "construction kits" consisting of the components (segments) and suitable composite strips. These radomes, however, were indisputably assembled by third parties only, never by the defendant itself. Accordingly, the plaintiff held the opinion that there could be no right of prior use for the direct use of the technical teaching of the patent-in-suit under attack now. It stated that the mere manufacturing of components, which perhaps constituted an indirect use of the teaching in accordance with the patent-in-suit, could in any case not give rise to a right of prior use for a direct use of the patent-in-suit.

The decision of the Higher Regional Court of Düsseldorf

The Higher Regional Court substantially dismissed the complaint and substantially allowed the countercomplaint. The Court found that the defendant had indisputably realized the technical teaching of the patent-in-suit, but that it was entitled to use it due to a right of prior use existing in its favor pursuant to Sec. 12 (1) German Patent Act (PatG). The Court stated that the right of prior use followed from the supply of a construction kit for a radome consisting of the radome segments and appropriately cut fabric strips. It was decisive in this regard that the assembly in accordance with the patent by the customer was (i) certainly predictable for the defendant, (ii) easy, and (iii) the only reasonable approach in technical and economic respects.

The reasons for the judgment contain a textbook examination of the right of prior use; the distinguishing element of the present case relates to the specific scope of protection of this right. This is because at the relevant time, the defendant did not perform the construction of protective coverings which is under accuse now, but merely the manufacture and sale of components including a connection solution for a protective covering.

Applying this to the specific case, the Senate affirmed a right of prior use both with respect to the device and the method claim on the following grounds:

The decision of the Higher Regional Court of Düsseldorf strengthens the position of the suppliers and is essentially convincing. According to the requirements laid down by the Senate, it is basically irrelevant for the relevant question of "deepening" whether the original supplier or the previously supplied third party manufactures the patented device.

However, the question is whether the original supplier may actually begin manufacture in addition to all supplied third parties, i.e. appear on the market as an additional player, or if it is only allowed to replace such a player. The Senate does not expressly deal with this question; however, in the end it considers a coexistence of original suppliers and its customers admissible.

The grounds for the decision are contradictory in this regard. On the one hand, the Senate justifies its conclusion by stating that the supplier is not only allowed to supply its previous customers but also any other third party and therefore also itself. On the other hand, it refers to the Desmopressin decision of the German Federal Court of Justice, according to which "replacing [the distribution partners] without increasing their number" is covered by the right of prior use.

In the Desmopressin decision, the German Federal Court of Justice did not specify whether increasing the number of distribution partners constitutes a deepening of the interference with the intellectual property right or not, because in that case, the distribution partners were only replaced. From the point of view of the supplier, it is therefore advisable, until this question clarified (leave to lodge an appeal on points of law was granted in the present case) to give up (individual) previous customers in the case of a change from supplying to own manufacturing in order to avoid deepening of the interference with the intellectual property right in this regard. However, not only the requirements under patent law but also those under antitrust law should be observed here.

ARTICLE TAGS
Germany Intellectual Property Patent
POPULAR ARTICLES ON: Intellectual Property from Germany
The Very Hungry Apple-Killer
Dehns
Apple have made no secret of their ambitions to broaden their empire beyond their historic hardware and software offering
Trade Secret Escapes
Haseltine Lake Kempner LLP
In the UK, the law of confidential information has been built up over many years and existed, until very recently, in a mixture of a carefully developed body of common law...
How Do You Protect Software?
Logan & Partners
Any contractual provisions contrary to these exceptions are of no effect.
All Eyes On Germany As The UK Says "No" To The Unitary Patent System
Dennemeyer Group
In contrast to last year's promises, yet unsurprisingly, it has been revealed that the UK Government will not participate in the Unified Patent Court (UPC).
EPO, EUIPO And UK IPO Advice In Relation To Coronavirus Outbreak
J A Kemp LLP
The European Patent Office (EPO), European Union Intellectual Property Office (EUIPO) and the UK Intellectual Property Office (IPO) have published advice on measures being taken in view of the...
Comments On UPC Announcement Of The German Constitutional Court
Bardehle Pagenberg
Additional Comment on the IP Report "Unitary Patent and Unified Patent Court – Is it all over or is there a Plan B?": The decision by the German Constitutional Court regarding the UPC complaint.
FREE News Alerts
Sign Up for our free News Alerts - All the latest articles on your chosen topics condensed into a free bi-weekly email.
Register For News Alerts
Article Tags
Germany Intellectual Property Patent
Related Articles
Company Size Matters: European SMEs And Innovative Performance Dennemeyer Group
German Constitutional Court Allows Complaint Against The Ratification Of The UPCA Dennemeyer Group
German Constitutional Court Delays UPC Gowling WLG
Business as Usual? Der Brexit und seine Auswirkungen auf Rechte des geistigen Eigentums Bardehle Pagenberg
Business As Usual? The Effect Of Brexit On Intellectual Property Rights Bardehle Pagenberg
Comparative Guides
Anti-Corruption & Bribery
Cartels
Enforcement of Foreign Judgments
International Arbitration
Labour and Employment
Mondaq Advice Centres
Global
Trademarks in SAARC Countries
Global
Investment Immigration
More MACs
Upcoming Events
Mondaq Social Media