The General Court's 18 July 2017 decision in Chanel v EUIPO, case T-57/16, demonstrates that broad protection may be available for brands' monograms in Europe, in this case Chanel's intertwined "C".

The dispute which led to the Chanel v EUIPO case

In 2010, an individual named Li Jing Zhou registered the following "ornamentation" as a Community design: 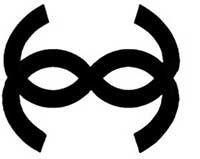 Three years later, Chanel filed an action for invalidity on the grounds that the above design lacked novelty and individual character, relying in particular on its own monogram, which had been registered as a trade mark in France since 1989:

Both the Cancellation Division and the Third Board of Appeal of the European Union Intellectual Property Office (EUIPO) rejected Chanel's action, on the grounds that Chanel's trade mark did not deprive the later design of novelty or individual character. Chanel appealed to the General Court.

Before the General Court, Chanel was successful. The General Court concluded that the contested design lacked individual character in light of Chanel's famous logo and overruled the Board of Appeal.

In its reasoning, the General Court restated the four-step test for the assessment of the individual character of a design, which it said must consider:

Based on the above four steps, the General Court found that:

The General Court's conclusion on the similarities of the designs was partly influenced by:

What does this mean for monogram rights?

The General Court's decision seems to broaden the protection granted to Chanel's monogram at the European level.

In other cases, the EUIPO has repeatedly rejected oppositions filed by Chanel on the basis of its same trade mark, notably against the registration as a trade mark of the following signs:

In contrast, the French IP Office usually tends to permit broad protection for well-known logos. For example, it has refused to register the following signs on the basis that the public would immediately associate it with Chanel's logo, despite additional elements (written and figurative) or differences between the intertwined letters:

Likewise, French judges have held that the use of a design composed of two letters "o" intertwined, and affixed on fashion accessories, infringed Chanel's trademark rights on its well-known monogram9, and although it could be argued that the use of combined letters as an ornament does not qualify as trade mark use and thus as an infringement10.

The General Court's 18 July 2017 decision is arguably a landmark judgment. Apparently aligning the CJEU's approach with that of the French courts, the decision indicates that throughout the EU, strong protection is now available to the owners of well-known brands consisting of monograms. It strengthens the case for well-known brands such as Chanel seeking the cancellation of designs based on prior trade mark rights.

The approach could be criticized for permitting an indefinite monopoly for the use of two interlocked characters (a design) in a logo, despite the fact that design protection is limited in term. On the other hand, brands that are recognizable by reference to a device arguably should be protectable under trade mark law.

However, it can be noted that the French office denied any likelihood of confusion between Chanel's logo and the following sign which, when seen horizontally, is almost identical to Chanel's logo.

In this respect it should be underlined that when assessing the merits of a trademark opposition, the examiner can only analyze the application as filed and cannot extrapolate on the use of the sign horizontally or vertically as the General Court did in the aforementioned case (INPI, 16 January 2009, No 08-2523).

ARTICLE TAGS
France Intellectual Property Trademark
POPULAR ARTICLES ON: Intellectual Property from France
Copyright Infringement – Link Available Here
Charles Russell Speechlys LLP
The internet is held together by links and frames. They let users jump from page to page without having to run new searches, and allow images and videos from one website to be viewed via another.
Five Reasons Why Companies Should File Patents Directly In The UK
Taylor Vinters
The UK Intellectual Property Office sets the standard for patent filing and prosecution and is emulated by many other countries, yet it is often overlooked by overseas patent applicants.
Key IP Trends To Watch For In 2020
Dennemeyer Group
A new decade is upon us, and its first two months have veered between ordinary and chaotic. Somewhere in the middle of that spectrum lie a handful of developments relevant to the field of Intellectual Property.
Geographical Indications In The UK Post Brexit
Walker Morris
The end of the transition period is fast approaching and producers should be aware of the new rules that will come into force from 1 January 2021 surrounding the protection of GIs within the UK.
Technology IP: The Cyprus Tax Incentives
Antoniou McCollum & Co.
Cyprus offers technology companies the potential of an effective tax rate of 2.5% on profit resulting from exploitation of their intellectual property, such as computer software, patents and other intangible assets.
Brexit And Trademarks And Designs
Bardehle Pagenberg
We have previously presented news and analyses regarding the effects of Brexit on trademark and design law.
FREE News Alerts
Sign Up for our free News Alerts - All the latest articles on your chosen topics condensed into a free bi-weekly email.
Register For News Alerts
Article Tags
France Intellectual Property Trademark
Related Articles
Protecting And Maximising Trademark Rights In France: Five New Developments In French Law Gowling WLG
Administrative Invalidation And Revocation Actions Now Available Fross Zelnick Lehrman & Zissu, PC
World Intellectual Property Day 2020: Innovate For A Green Future August Debouzy
Journée Mondiale De La Propriété Intellectuelle 2020 : Innover Pour Un Avenir Vert August Debouzy
COVID‑19 Impact On IP Owners And Litigants In France And The EU – Deadlines, Extensions And Operations Of Courts And IP Offices Hughes Hubbard & Reed LLP
Mondaq Webinars
Global Investigations During the Covid 19 Pandemic
The Law Offices of Panag & Babu
Webinar New Delhi India
Patent Filing, Prosecution, and Enforcement in India
LexOrbis
Webinar New Delhi India
More Webinars
Comparative Guides
Anti-Corruption & Bribery
Aviation Regulation
Corporate Tax
Cybersecurity
Enforcement of Foreign Judgments
Mondaq Advice Centres
Global
Investment Immigration
Global
Trademarks in SAARC Countries
More MACs
Curated Content
A Different Perspective To Employer`s Liability For Anti-Competitive Behaviors: Arçelik's Application For Leniency
ELIG Gürkaynak Attorneys-at-Law
Losing The Battle, Winning The War? – Ramifications Of The Newly Introduced Settlement Mechanism Under Turkish Competition Law
ELIG Gürkaynak Attorneys-at-Law
Upcoming Events
Mondaq Social Media