We are pleased to present the latest edition of our Bermuda Public Companies Update which features a recap of significant transactions involving Bermuda public companies listed on the NYSE and Nasdaq for the period of H2 2018.

Despite volatility, especially in Q4, the major US stock exchanges had a busy year for IPOs in 2018. The total reached 190, a rise of 19% on 2017 and a 32% increase by proceeds to US$47 billion. Healthcare and technology sectors dominated the US exchanges in 2018 by deal number and proceeds, with ten IPOs raising US$1 billion or more.

2018 as a whole saw M&A deal volume up 25% on 2017, despite a year on year decrease in M&A volume in H2. The US was the fastest growing transaction market, accounting for 44% of all global M&A activity, and deal values soared by 57%. The energy and power sector led the way, followed by technology and healthcare.

The M&A activity among Bermuda public companies that marked the first half of 2018 continued into the second half. Notable transactions announced included the LVMH Moët Hennessy Louis Vuitton acquisition of Bermuda-incorporated Belmond Ltd. for US$2.6 billion, and Apollo Global Management's agreement to acquire Bermuda insurer Aspen, also for US$2.6 billion. The latter is part of an ongoing M&A trend in the insurance/reinsurance market. Both topics are featured in this issue.

There was one IPO in H2 2018 – Bermuda incorporated and UK headquartered biotechnology company Urovant Sciences Ltd. completed an IPO in the amount of US$140 million on Nasdaq in September. Fixed income and secondary offerings by a number of other companies, including Norwegian Cruise Line Holdings' US$962 million ordinary shares offering, brought the total value of Bermuda company securities offerings on NYSE and Nasdaq in 2018 to US$13.2 billion.

In general, market activity focused on the insurance, biotech and shipping sectors. We have included details of the transactions referenced above as well as other market developments in this edition of our update, along with statistical information about the Bermuda public companies market which we hope will be of interest to our legal colleagues, clients and Bermuda market followers. 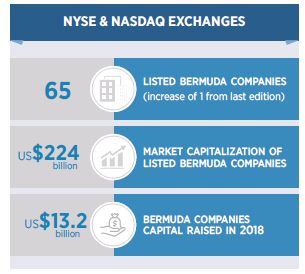 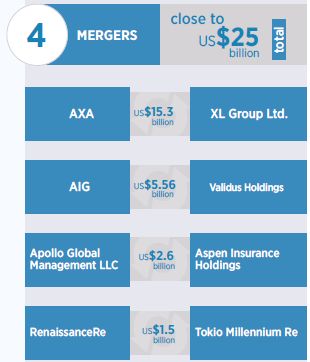 The second half of 2018 saw further M&A activity in Bermuda's insurance/ reinsurance sector as the market continues to consolidate and remains attractive to private equity investors. The trend is towards divergence into large-scale, multi-disciplinary organisations and smaller, niche specialists. Despite the consolidation, the number of insurance-reinsurance companies in Bermuda continues to grow, as new companies are regularly added to the register, and the jurisdiction remains a key player in the global market. 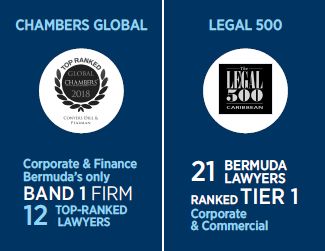 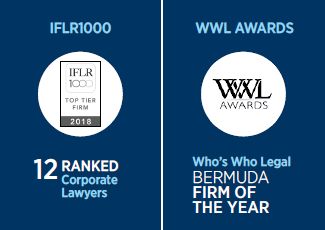