Canada: Chipping Away At Official Marks

The Federal Court of Appeal, which now stands, upheld a Federal Court decision that Ontario's use of its official mark "emPOWERme" is confusing with Quality Program Service Inc.'s (QPS) earlier registered trademark, "EMPOWER ME".

QPS has operated a program to increase energy efficiency awareness for communities in British Columbia since 2012. In April 2013, QPS filed a trademark application for use of the mark "EMPOWER ME" in connection with energy awareness, conservation and efficiency services.

In November 2013, Ontario launched its emPOWERme website as a way to educate the public about the province's electricity system and the value of energy conservation. After sending multiple cease and desist letters, QPS commenced an action in October 2016 claiming that Ontario was infringing its mark. In response, Ontario requested that the Registrar of Trademarks give public notice of Ontario's adoption and use of "emPOWERme" as an official mark under s. 9(1)(n) of the Act and took the position that it was immune from infringement claims because of its official mark. 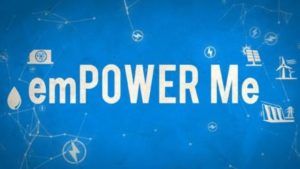 The Court took a narrower reading of section 9(1)(n) of the Trademarks Act, finding that ownership of a published official mark does not provide the public authority any particular protection or immunity against claims for trademark infringement.

What's so special about official marks?

These super-trademarks freeze the rights of any pre-existing trademark holder, such that they cannot subsequently broaden their use without the public authority's consent.

The official mark regime is intended to allow governmental agencies to easily protect marks used in relation to public services, and has few limitations. This has permitted a broad range of official marks to exist: for example "Happy Holidays", "Winter Wishes" and "Season's Greetings" are all registered as official marks.

The decision is part of a broader judicial trend of balancing the strength of official marks against the rights of commercial parties. The initially expansive interpretation of s. 9(1)(n) has been narrowed by the courts, ensuring that businesses can have confidence their existing rights will be protected—the prohibition against adopting a mark resembling an official does not extinguish the exclusive rights of a registered trademark owner. Instead, a public authority that chooses to adopt an mark that is confusing to a prior registered trademark does so at its peril.

*Thanks to Melissa Wells for her assistance in preparing this article.