Canada: Canadian Federal Court Of Appeal Affirms That Use Of Variant Was Use Of Registered Mark

The recent Federal Court of Appeal decision in Geox S.P.A. v. De Luca considered whether modifications to the appearance of a trademark went beyond the scope of the registration. The Court also highlighted important factors for brand owners to consider when licensing and refreshing a corporate logo.

The Use of Variants 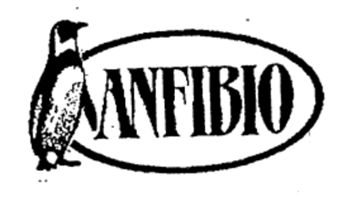 Following the usual procedure, the Registrar required Mr. De Luca to submit an affidavit proving his ANFIBIO & Design mark had been used in association with shoes and boots during the preceding three years.

Mr. De Luca asserted that during the relevant time the mark had been used in the following updated form under license by Chaussures De Luca, a company that he had founded and previously owned:

In response, Geox argued that the mark used by Mr. De Luca's licensee, Chaussures De Luca, was not registered trademark and, in any event did not constitute use by or for the benefit of Mr. De Luca himself.

When considering the use of variations of a trademark, the test is whether the differences between the registered mark and the variation are "so unimportant that an unaware purchaser would be likely to infer that both, in spite of their differences, identify goods having the same origin". In this case, because the dominant features of the mark-the penguin design and the word ANFIBIO-were retained in the updated logo, and the mark remained recognizable, the Registrar held that the use of the updated logo constituted use of the registered mark.

With respect to licensing, subsection 50(1) of the Trademarks Act provides that use of a mark by a licensee is deemed to have the same effect as use by the owner, provided that the owner has direct or indirect control over the character or quality of the goods or services under the license.

A trademark license does not need to be written to be valid. The Federal Court noted that one way a trademark owner can demonstrate the requisite control under subsection 50(1) is to have a written license agreement which expressly imposes a quality standard. The quality control clause in Mr. De Luca's license agreement was integral in establishing his control over the quality of the goods produced by the licensee in association with the trademark.

Given the Federal Court of Appeal's approval, this case is a timely reminder of three important lessons: