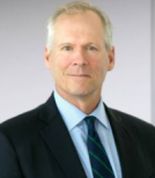 On December 19th, 2019, the Supreme Court of Canada (SCC) handed down its judgments in the Bell-NFL-Vavilov trilogy of cases ("Vavilov")1 that significantly altered the approach to judicial review of administrative decisions. The majority provided much needed clarity and simplification to the method of determining the applicable degree of judicial deference when an administrative decision is appealed to a court, commonly known as the "standard of review". The majority also provided additional guidance for reviewing courts to follow when conducting reasonableness review.

The new Vavilov framework will likely benefit lawyers (who will hopefully spend less time arguing about standard of review in court) as well as future law students, who now have a more streamlined analysis to apply on their final exams. I expect, however, that the new framework will be much to the chagrin of current law students, who may have just learned the old, confusing approach to the standard of review analysis outlined in Dunsmuir,2 only to see it get largely replaced in Vavilov.

The Two Standards of Review: Reasonableness and Correctness

Since Dunsmuir, the standard of review analysis has required reviewing courts to determine whether the administrative decision needs to be "correct", or whether it only needs to be "reasonable". This general framework remains largely unchanged in Vavilov.

When a decision is reviewed on a correctness standard, the court will not show any deference to the administrative decision maker, and may substitute its own decision if the court would have come to a different conclusion.

Conversely, when a court conducts a reasonableness review, the question is whether the decision falls within a range of possible, acceptable outcomes which are defensible in respect of the facts and the law (even if the reviewing court would have decided the case differently). The court must "consider the outcome of the administrative decision in light of its underlying rationale in order to ensure that the decision as a whole is transparent, intelligible and justified".3

Vavilov sets out a higher level of default deference in most cases when compared to the prior Dunsmuir framework. The default standard of review is now reasonableness. This is a substantial departure from Dunsmuir, which mandated a contextual analysis to determining the appropriate standard of review, dependent on factors such as the presence or absence of a privative clause in the applicable legislation and the degree of specialized expertise of the tribunal.4

Both the majority and the minority in Vavilov agreed that the contextual approach in Dunsmuir had become confusing and should be replaced with a presumption that all administrative decisions should be reviewed on a reasonableness standard.5

The majority in Vavilov set out two types of situations where the presumption of reasonableness review can be rebutted.6 The first is where Parliament or the applicable provincial legislature has indicated an intention to depart from reasonableness review. This will be the case where the legislature (i) explicitly prescribes the standard of review in the statute, or (ii) has provided a statutory appeal mechanism from an administrative decision to a court. In the latter case, the majority is clear that statutory appeals on questions of law, including questions of statutory interpretation and those concerning the scope of the decision maker's authority, must now be reviewed on a correctness standard.7

The second type of situation where the presumption of reasonableness review will be rebutted is where the constitutional principle of the rule of law requires that the correctness standard be applied. This will be the case for certain categories of questions, including (i) constitutional questions, (ii) general questions of law of central importance to the legal system as a whole, and (iii) questions related to the jurisdictional boundaries between two or more administrative bodies.8

It is worth noting that a large number of administrative appeals end up in front of a court via statutory appeals on questions of law or jurisdiction. Vavilov now mandates that such decisions are to be reviewed on a correctness standard. Accordingly, while the default standard is ostensibly reasonableness, practically speaking, the result in Vavilov likely signals a shift away from reasonableness review of administrative decisions (which has long been the case under the Dunsmuir framework) and towards correctness review. This is a point that was emphasized by the minority in Vavilov, who went as far as to characterize the majority's reasons as "an encomium for correctness and a eulogy for deference".9

This new framework will hopefully streamline the process and greatly reduce the amount of litigation over the appropriate standard of review. It will also make the lives of law students easier in the future by replacing a framework that even the courts showed great confusion understanding and applying. The framework outlined by the majority in Vavilov is immediately more approachable and understandable than the old Dunsmuir framework. Vavilov clearly lays out which standard of review to apply in which circumstance. It will make future administrative law courses much more digestible and (hopefully) far less painful for both the students and professors.

But I expect that Vavilov was a terrible holiday gift for every current law student who still sees the name Dunsmuir in their dreams. After struggling for weeks with wrapping their heads around the old framework, which was confusing even for judges, it gets replaced right after they have written their exam.

Exams at Windsor Law (the author's alma-mater) ended on the 18th of December, a timeframe that is similar at many Canadian law schools. Hundreds of students woke up the day after the exam period ended to learn that the most confusing portion of a required course had now been replaced by a much simpler, easy to understand system. All those hours agonizing over trying to understand the logic behind the determination of a standard of review, something even the courts struggled with, wasted. Future students will not know this struggle, as they will get to rely on a much clearer framework that defaults to reasonableness with specific exemptions.

Professors who may also be grumpy about having to redo a significant portion of their course on such short notice, will likely be relieved in the long run. As when it comes time to talk about Dunsmuir, they no longer have to try and explain a framework that was confusing and vague. Dunsmuir will rightly go from the main event of the back half of all administrative law classes to a historical note in a similar vein to Pushoanathan v. Canada.

Rarely does such a significant portion of the curriculum get replaced, but what is a gift to future law students is an additional burden on current ones. With the advent of the Vavilov framework, an accurate set of CANs (Condensed Annotated Notes, for those who have not had to write an exam for a while) does not exist. For law students, this may be the biggest downside to this ruling. Third year law students who had put off taking admin law until their final semester, as the author did, will actually have to do the work now instead of relying totally on CANs. Good thing the SCC provided them with a much more straightforward framework.