Australia: Beer wars: Was it a case of passing off? Pacific Ale v Thunder Road Pacific

Stone & Wood's claims of passing off and Australian Consumer Law (ACL) contraventions against its rival in craft beer, Elixir, were rejected on appeal in Stone & Wood Group Pty Ltd v Intellectual Property Development Corporation Pty Ltd [2018] FCAFC 29. The Full Federal Court decided that Elixir's use of the name 'Thunder Road Pacific Ale' (later 'Thunder Road Pacific') for one of its craft beer varieties did not constitute passing off in relation to Stone & Wood's craft beer named 'Pacific Ale'. The Court also held that Elixir's use of the name did not constitute misleading or deceptive conduct or false or misleading representations under the ACL.

This recent decision holds significant implications for businesses as it suggests that, in certain circumstances, competitors may freely use similar, almost identical, phrases in marketing their goods and services.

The facts of the case

Stone & Wood's case was originally heard in the Federal Court in 2016 where the primary judge rejected each of its claims. This included a claim not pursued on appeal for the infringement of Stone & Wood's logo trade mark 'Stone & Wood Pacific Ale', which the Court rejected on the basis that 'Pacific Ale' was only a minor feature of the trade mark while 'Stone & Wood' was the "essential feature". As a result, the Court held that Elixir's use of the words 'Pacific Ale' and 'Pacific' was unlikely to deceive or cause confusion. 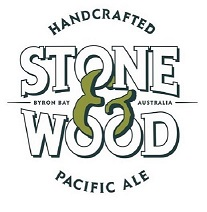 On appeal, Stone & Wood focused on its claim of passing off, believing that a finding of passing off would establish the ACL contraventions. It asserted its claims by arguing that:

Why was it not a case of passing off?

The tort of passing off is concerned with whether one business has misrepresented a connection or association with another business. This common law claim may provide protection for trade marks whether or not they have been registered with IP Australia.

The Court found that Elixir did not misrepresent any association for the main reasons below, which essentially indicate why a consumer is unlikely to confuse the two products. Each of the reasons was heightened by findings on the craft beer market as distinct from the mainstream beer market as they are more likely to pay attention to the identity, packaging and labelling of a beer in purchasing a premium product. 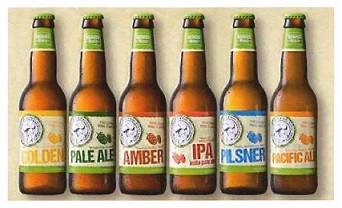 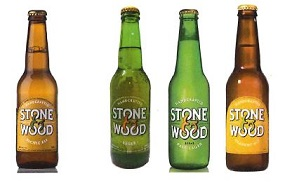 The Court found that the words 'Pacific Ale' are not used alone as a prominent branding reference in Stone & Wood's packaging and labelling. As a result, it was held that Stone & Wood does not have a substantial reputation in the phrase 'Pacific Ale' and that phrase does not distinguish its beer.

The Court concluded that the words 'pacific ale' and 'pacific' have taken on a descriptive and non-distinctive quality in relation to craft beer, that is, "the word is apt to connote or evoke imprecise senses that do not distinguish the product". Specifically, the words connote geography (Pacific Ocean), calmness and Australian and New Zealand hops. This is despite the fact that the words originally had no established meaning in the beer market and only took on these connotations following Stone & Wood's launch of its Pacific Ale.

What if Stone & Wood had registered the words 'Pacific Ale'?

Related to this matter are Stone & Wood's trade mark registrations.

While Stone & Wood's logo has been registered as a trade mark since 18 November 2010, the company only attempted to register the words 'PACIFIC ALE' (Word Mark) on 2 August 2011. Due to a series of deferments and adverse reports, the trade mark was not accepted for registration until 21 May 2015. Two months later, Intellectual Property Development Corporation Pty Ltd, who own Elixir's intellectual property, filed a notice of intention to oppose Stone & Wood's trade mark for the reasons that the words did not sufficiently distinguish Stone & Wood's products and it was too similar to a prior existing trade mark, 'Pacifico'.

This case, separate to the Federal Court proceedings, was decided by the Australian Trade Marks Office (ATMO) on 13 July 2017 in favour of Stone & Wood. The ATMO decided that the registration of the Word Mark could proceed, firstly, as the word 'Pacific' did not have a descriptive meaning before 2 August 2011, and secondly, as the existing trade mark 'Pacifico' was sufficiently distinct primarily due to the "foreign feeling" created by the '-o' ending. It was open to Elixir to appeal this decision, and the application is still currently afoot.

What does this mean for Australian businesses?

The case demonstrates that a business may use a competitor's phrase, even with the intention of benefitting from the success of the competitor's product, so long as:

and these elements together are unlikely to constitute passing off, misleading or deceptive conduct, or false or misleading representations.

This indicates that businesses should take special care in ensuring their names and phrases are unique and non-descriptive if they wish to avoid possible disputes with competitors who use a similar name or phrase.

Additionally, the case suggests the significance of registering both your image and text logo and your name/phrase as a word mark. If the ATMO ultimately concludes that the Word Mark can be registered, it may be possible for Stone & Wood's claim of trade mark infringement to succeed as its rights will have started from 2 August 2011.