New data from the NSW Law Society has showed that across the board men out-earn women, at every age.

The Society did not collect data on gender-diverse and non-binary solicitors.

Gender pay gap: Women paid less than their male counterparts at every age

Women consistently receive pay less than man regardless of age, years since admission and sector.

The gender pay gap is evident at all ages.

Male respondents admitted as a solicitor in the same year as their female counterparts reported earning more than women in all sectors of practice, including in female dominated sectors. 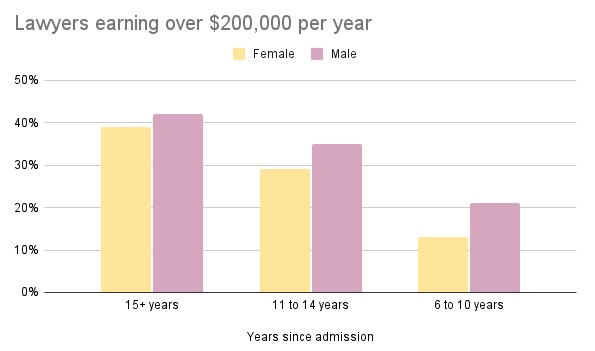 Female lawyers in NSW: A snapshot of women in law

Women were first allowed to practice law in New South Wales in 1918.

In 1970, NSW appointed its first female Local Court Magistrate, and its first woman to sit on the NSW Coroners' Court.

In 1987, the first woman got an appointment to the High Court, Mary Gaudron.

In 2017, the first female Chief Justice of the High Court was appointed, Susan Kiefel.

In 2017, women first outnumbered men in the NSW legal profession.

Despite landmark moments over the last 100 years, female solicitors are struggling to break the higher ranks, and are paid far less than their male counterparts.

Since 2017, female solicitors have outnumbered men, with the growth rate increasing annually.

More women work in corporate and government sectors, compared to their male counterparts. 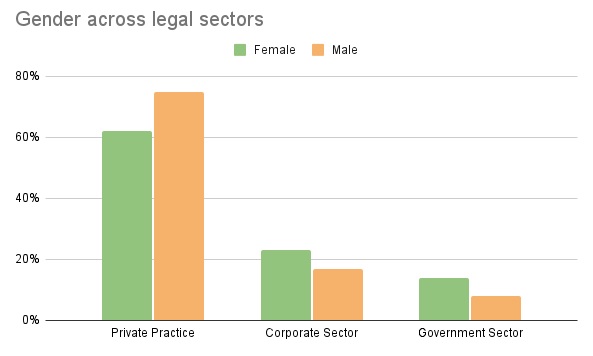 Seventy-five per cent of male solicitors work in private practice, compared to 62 per cent of women.

Despite dominating the corporate and government sectors, pay disparity is worst in these sectors.

The largest gender pay gap in the legal sector is within corporate practice.

More older men and less women in positions of power

There are far less older women in the legal profession then men.

The average age of female solicitors was 39.6 years, compared to 46 years for men.