The quantity of information available in the world has dramatically increased in the last 10 years.

Martin Hilbert of the University of Southern California calculated that there was 300 exabytes (an exabyte is one billion gigabytes) of data in existence in 2007. An IDC study predicts the growth of information by 2020 to be to 40,000 exabytes. 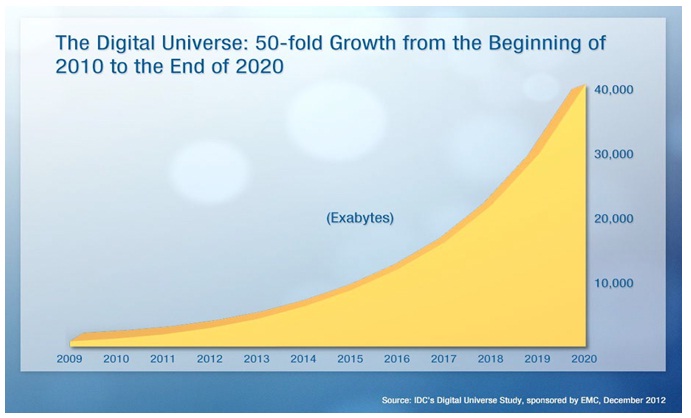 Some examples of the amount of data used today:

"all forms of communication, including the complete contents of private emails, cell phone calls, and internet searches, as well as all types of personal data trails-parking receipts, travel itineraries, bookstore purchases, and other digital 'pocket litter'" 3.