Australia: "Don't Be Afraid" – It's Only A Protest Song

Most Popular:  Article Australia, December 2021
To print this article, all you need is to be registered or login on Mondaq.com.

Australian band and environmental activists Midnight Oil recently released their latest climate protest song, Rising Seas, timed to coincide with the opening of the COP26 (26th Conference of Parties) climate change conference.  The band has publicly stated that the song is a protest against the Australian government's current stance on climate protections and emissions targets.

Protest songs and public commentary are not new.  Public criticism is not always comfortable to hear by those who are within its cross-hairs, and over the years there have been many attempts to suppress this discourse.

But in recent times, the focus in Australia has turned to intellectual property law, to test whether trade mark and copyright law can be used as a defacto means of suppressing public commentary.  Several recent Australian court decisions involving politicians, public companies and protest groups, have answered that question with a resounding "We shall not be moved".1

"Do you hear the people sing?"2

Most of us will be familiar with protest songs spanning many decades and musical genres, including songs on:

..... to name just a few.  Even the stage musical Les Misérables features a well-known protest song calling for rebellion on the streets of Paris.

Despite the popularity and prevalence of protest songs, under Australian law there is no constitutional right to freedom of speech, and accordingly any public protest (including in the form of song or placard) carries a risk that it could be susceptible to attack on various fronts.

"The times they are a-changin'"3

Recent attempts to apply intellectual property protections within the realm of public controversy have demonstrated that political intentions are largely irrelevant to copyright and trade mark law, as long as the commentary does not overstep the boundary between appropriate public commentary, and misrepresentation or misappropriation. The cases have highlighted that the primary purpose of intellectual property protections is to protect creativity, not to prevent public discourse of opinions.

"Well I heard it on the radio, and I saw it on the television"7

No protest sign is complete without a catchy pun or striking visual imagery, and the use of doctored logos by two protest groups recently resulted in action for trade mark and copyright infringement in Australian courts: 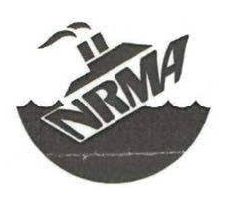 In both cases, it was held that the use of the doctored logos on protest materials did not constitute trade mark use, because the protestors were not using the marks to distinguish their own goods and services, but were instead using the logos to identify the target of their criticism.  Thus, the threshold question of "use as a trade mark" had not been established.

AGL also argued that Greenpeace had infringed copyright in its logo.  Greenpeace conceded that it had copied a substantial part of the logo.  However, Burley J ruled that the "fair dealing for the purpose of parody or satire" defence to copyright under section 41A of the Copyright Act 1968  (Cth) applied to materials on which Greenpeace had added the words "Australia's Greatest Liability" next to the AGL logo, with the phrase "presented by Greenpeace" appearing nearby.  The Court held that consumers would see the juxtaposition of AGL's corporate logo together with the use of a phrase designed to ridicule AGL as "darkly humorous". Other campaign materials which did not feature this phrase were held not to fall within the defence, because they lacked the necessary element of parody or satire.

"You don't know what you got till it's gone"8

It can be tempting to borrow from a well-known song, photograph or artwork to make a protest message memorable.  But when doing so, care must be taken not to overstep the bounds of what is permissible under the Copyright Act.

In 2019, Clive Palmer attempted to argue that his use of the song "Aussies not gonna cop it" in a multi-media political advertising campaign, did not infringe copyright in Twisted Sister's rock anthem (and protest song) "We're not gonna take it".  Katzmann J of the Federal Court was not persuaded by his arguments, finding that Mr Palmer had reproduced a substantial part of songwriter Dee Snider's music and lyrics without permission.9 (In fact, the Court found that Mr Palmer had initially sought permission to use the song and, when permission was not granted, he took steps to rewrite some of the lyrics and re-record the song, in defiance of the copyright owner's rights.)

Katzmann J also found that, with the exception of one advertisement which poked fun at politician Barnaby Joyce's ineligibility to hold public office in Australia due to a failure to revoke his New Zealand citizenship, none of Mr Palmer's advertisements fell within the scope of the parody or satire "fair dealing" defence under section 41A of the Copyright Act.  Similar to the ruling in the Greenpeace case, Katzmann J found that Mr Palmer's other ads containing criticism of his political opponents or their policies, did not attract the protection of any of the statutory defences to infringement under the Copyright Act.

It is important to remember that creators such as songwriters and artists also have moral rights under the Copyright Act, including the right not to have their work treated in a derogatory way.  If a song or other copyright work is adopted for use in a protest in a manner that is contrary to the creator's personal views or denigrating to their reputation, the creator may be able to assert their moral rights, separately from any other issues of substantive copyright infringement.  Although infringement of moral rights was not asserted in the Palmer case, there was evidence in that case that Mr Snider had, on at least two prior occasions, refused to allow the use of his song in association with high-profile political campaigns in the United States, because those campaigns did not align with his own political views and image.

"How do you walk with your head held high?"10

Protest songs and other commentary sometimes adopt a "name and shame" approach by placing a recognisable face firmly at the centre of their attack.

Under Australian law (unlike the United States), there is no right to control the use of one's personal image.  However, a body of law based on consumer protection legislation, has developed in Australia to ensure that the images of well-known personalities or companies cannot be misappropriated for the purpose of suggesting an endorsement or sponsorship of a particular message, where no such connection exists.

Whilst this argument might be understandable in the case of the unauthorised use of a celebrity's photograph to advertise a product, it is important to remember that in endorsement cases, context always matters.

That is, it is unlikely that members of the public would think that Mr Joyce had approved the use of his image, together with the phrase "New Zealander of the Year" in Mr Palmer's political advertisements for a rival political party.

Similarly, although Midnight Oil's official video for Rising Seas includes an extract from Australian Prime Minister Scott Morrison's infamous speech in Federal Parliament in February 2017 ("this is coal, don't be afraid") it is hard to see how the inclusion of this footage would cause the public to mistakenly believe that the Prime Minister had endorsed Midnight Oil's criticism of his political stance on fossil fuels.

"We don't need no thought control"11

Importantly, however, care must always be taken to ensure that any commentary is based in fact, and is not presented in a misleading way.  Misrepresentation or misattribution of facts or personal statements can give rise to liability for misleading and deceptive conduct under the Australian Consumer Law, or, in some circumstances, defamation or injurious falsehood.

In 1998 the Queensland Court of Appeal upheld an interlocutory ruling preventing the broadcast of the song Backdoor Man, which featured an unauthorised mash-up of recorded phrases spoken by Australian politician Pauline Hanson during interviews and public appearances.  The Court ruled, on an interlocutory basis, that the rearrangement of Ms Hanson's words without her permission to form statements that were crude or contrary to her own political views was likely to be defamatory, and could not be excused on the basis of the need for free and general discussion of public matters.

And don't forget that social media platforms such as Facebook, YouTube, Instagram and TikTok also have policies that permit the takedown of material which spreads misinformation.

"The answer is blowin' in the wind"12

For as long as there are public protests, there are likely to be evolving efforts to find new ways of applying existing laws to try to limit public criticism.

But as these recent Australian cases have demonstrated, even though there is no constitutional right to freedom of expression under Australian law, intellectual property laws are not the appropriate vehicle for shutting down public commentary, as long as protest songs and protest materials:

So maybe the time has come to shift these protests away from the courtroom and instead focus on the sharing of ideas to try to solve the world's crises.

Because in the immortal words of The Beatles: "We'd all love to change the world."13

9 This decision is currently on appeal to the Full Federal Court.