This week, we're launching a series of six-part posts reviewing the tenure of each of the current Justices of the Supreme Court. We'll be posting in order of length of service (although the Chief Justice is technically the senior Justice, we'll be proceeding by the date of each Justice's appointment). We begin with Justice Rita Garman, who took her seat on February 1, 2001. 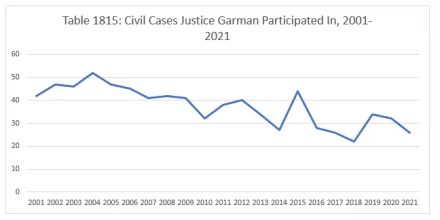 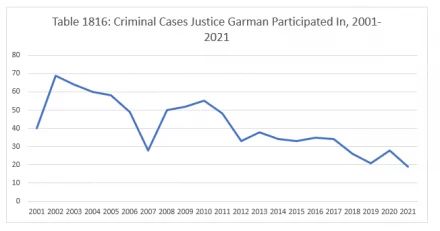 Join us back here next time as we continue our review of the data on Justice Garman.