In a dubiously precedential Order, the ruled on several discovery-related motions in this opposition to registration of the mark GROMEO  for "Planters for flowers and plants; Self-watering planters for flowers and plants." Opposer OMS claimed likelihood of confusion with, and likely dilution of, its registered marks MIRACLE GRO and GRO-formatives for fertilized, soil, pots, and containers.  OMS Investments, Inc. v. Habit Horticulture LLC, 2012 USPQ2d 1074 (TTAB 2022) [precedential] (Intelocutory Attorney Mary B. Miles). 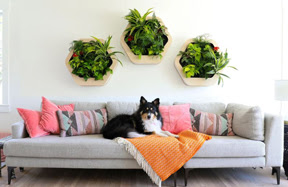 Applicant Habit [actually, applicant's name is Habitat Horticulture, but Opposer OMS misspelled it in the notice of opposition - ed.] moved to compel a deposition and to extend its time to respond to OMS's discovery requests. When Habit filed it reply brief, OMS claimed the reply should be stricken as untimely. OMS served its opposition on December 10, 2021 and claimed that the reply filed on December 31 was one day too late. Not so, said the Board. The opposition was not filed until December 11, so the reply was timely. See Island, LLC, 2021 USPQ2d, at *4 n.9, and see  Trademark Rule 2.127(a).

The Board then denied Habit's motion to compel because it was filed prematurely (OMS had not "clearly or unequivocally stated that it would not designate or produce a witness for the noticed deposition") and because Habit failed to make the required good faith effort to resolve the dispute prior to filing its motion. The parties were ordered to meet and confer forthwith in a good faith effort to resolve any disputes regarding the topics for examination (under FRCP 30(b)(6)), the designated witnesses, and/or the date and location of the deposition.

Finally the Board denied Habit's motion to extend the time for responding to OMS's discovery requests. Habit contended that is should not have to response to the requests until after the Rule 30(b)(6) deposition of Habit in order to "maintain the status quo," i.e., Habit noticed its deposition first. The Board rejected that argument, since discovery is not governed by the concept of priority and one party's discovery obligations are independent of the actions of the other party. [As a general proposition, okay, but that should not be an ironclad rule - ed.]

The Board then issued a new scheduling order.

TTABlogger comment: I don't understand how an order issued by a single interlocutory attorney, with no statement that it is issued "By the Board," can be precedential.