In seeking cancellation of a registration for the mark KIMBERLEY KAMPERS for campers, Petitioner moved for summary judgment on the grounds of non-ownership and abandonment, but it failed to meet its initial burden to make a prima facie case. The Board therefore denied the motion as to those grounds, but in light of Petitioner's evidence regarding nonuse during the three-year statutory abandonment period, the Board chose to consider nonuse (though unpleaded) as a separate ground for summary judgment, and it set a schedule for briefing that issue. Kimberley Kampers IP Pty Ltd v. Safiery Pty Ltd, 2022 USPQ2d 1036 (TTAB 2022) [precedential]. 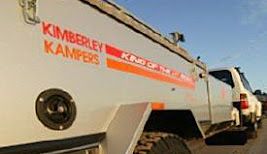 Petitioner claimed that it could meet its initial burden to prove a prima facie case "by showing that there is an absence of evidence supporting the nonmoving party's case." Wrong, said the Board. "[W]here, as here, 'the moving party will bear the burden of persuasion at trial, that party must support its motion with credible evidence—using any of the materials specified in [Fed. R. Civ. P.] 56(c)—that would entitle it to a directed verdict if not controverted at trial.'" (Emphasis by the Board). Here, Petitioner failed to meet its burden of production on either claim.

Non-ownership: Section 7(b) provides Respondent with a presumption that it owns the registered mark. Therefore, Petitioner cannot meet its initial burden merely by showing that Respondent lacks evidence to support its claim or by otherwise shifting the burden onto Respondent to prove ownership. The submissions by Petitioner purporting to show that it owns the mark were "inconclusive and insufficient to demonstrate the absence of a genuine dispute on the issue." [The Board doesn't say what the submissions were - ed.]

Nonuse: Nonetheless, the Board found that the parties' briefs and submissions "raise a question of Respondent's nonuse of its mark at the time of filing the underlying application that would render the registration void ab initio." Since the underlying application was filed under Section 1(a), Petitioner's allegation that the registered mark has never been used in commerce "necessarily included an allegation that the mark was not in use on the filing date of the application."

A claim of nonuse thus appeared to be supported by Petitioner's allegations as well as by certain of Respondent's interrogatory answers, which stated that it was "currently in the process of developing a product," and "has not yet commenced sales."

The Board observed that it is not its practice to consider an unpleaded claim on summary judgment. However, in this "unusual situation," it chose to do so.

[W]e find that the allegations within Petitioner's pleading of abandonment were sufficient to put Respondent on notice that Petitioner had alleged nonuse and that Respondent's use of its mark at the time the underlying application was filed was at issue. *** We therefore read the petition for cancellation as asserting a separate claim that the registration is void ab initio for nonuse.

The Board directed the parties to file briefs and submit evidence on the issue of nonuse.