United States: Precedential No. 21: TTAB Orders Cancellation Of OLD SCHOOL Registrations Due To Abandonment - Intent To Sell Mark Is Not Intent To Use

In an exhaustive and exhausting opinion, the Board granted petitions to cancel two registration for the mark OLD SCHOOL for various clothing items, on the ground of abandonment. The Board found that the registrant, despite claiming attempts to sell or license the mark, had discontinued use of the mark with an intent not to resume use. Vans, Inc. v. Branded, LLC, 2022 USPQ2d 742 (TTAB 2022) [precedential] (Opinion by Judge Marc A. Bergsman). 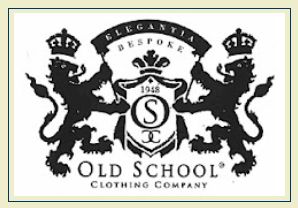 Under Section 45 of the Trademark Act, a mark shall be deemed abandoned "[w]hen its use has been discontinued with intent not to resume use. Nonuse for 3 consecutive years shall be prima facie evidence of abandonment. 'Use' of a mark means the bona fide use of such mark made in the ordinary course of trade, and not made merely to reserve a right in a mark." [Emphasis added]. Abandonment is a question of fact; a petitioner has the burden to prove abandonment by a preponderance of the evidence.

Nonuse: The Board combed through the record evidence in great detail [the opinion includes 250 footnotes citing to the record]. It noted that Branded "failed to introduce any credible documents showing use of the OLD SCHOOL mark to identify clothing or sale of clothing." Nor was there any evidence of advertising. Respondent's testimony regarding use was unpersuasive because of its inconsistencies, contradictions, and unspecific nature. Petitioner Vans thus established nonuse of the mark since 2008, a period of more than three years and thus prima facie evidence of abandonment.

Intent Not to Resume Use: A respondent, in order to prove an intent to commence or resume use, must provide evidence "with respect to either specific activities undertaken during the period of nonuse, or special circumstances which excuse nonuse." See Cerveceria, 10 USPQ2d at 1069. Here, Respondent Branded never intended to use the mark itself, but claimed that it always intended to license or sell it.

Here, however, Branded could not prove its intent to resume use of its mark on the basis of its intent to sell the mark, "especially where the evidence that it 'used' the mark at all is so vague, inconsistent and unreliable."

[H]olding a mark with no use, with only an intent to sell the mark at some time in the future, is not proof of present use or intent to resume use. Under these circumstances, the buyer, not the seller, would be the party resuming use and such use would not relate back to the seller and establish the seller's intent to resume use. Rather, any use commenced by the buyer of a mark not associated with a business or relevant portion thereof could, at best, establish only the buyer's going-forward priority rights based on its own, and proper, first use of the mark.

The Board held that "an intent to sell a trademark separate and apart from an ongoing business supports finding an intent not to resume use (i.e., no intent to resume use) by the seller." Indeed, such an intent is evidence of "trafficking in trademarks," which the Trademark Act seeks to prevent by deeming such an assignment invalid and the involved application or registration void.

Respondent Branded also claimed that there were efforts to license the mark. The Board observed that a bona fide license of a mark "involves use of a mark by the licensee that inures to the benefit of the licensor," and constitutes "use" attributable to the trademark owner. See Moreno v. Pro Boxing Supplies, Inc., 124 USPQ2d 1028, 1035 (TTAB 2017) ("It is well-settled that use of a mark by a licensee inures to the benefit of the trademark owner."); Quality Candy Shoppes/Buddy Squirrel of Wisc., Inc. v. Grande Foods, 90 USPQ2d at 1392.

However, because of the generality and vagueness of its testimony, the Board concluded that Branded failed to establish that it had an acceptable intent to resume use rather than an attempt to "reserve a right in the mark until the right deal to license [or] sell it outright came along."

Branded contended that it had been policing its marks, which showed its intent to resume use, However, there was no evidence of the issuance of cease-and-desist letters, nor of the commencement of any litigation. Branded filed a single trademark opposition in 2009, but then filed none for the next nine years, until after this proceeding had commenced. The found this evidence of enforcement efforts "not persuasive."

Conclusion: The Board found that Petitioner Vans established by a preponderance of the evidence that Branded failed to use its OLD SCHOOL mark after acquiring the mark in 2008, and intended not to resume use. Therefore, Branded abandoned the mark in the two registrations involved in these proceedings.