The Hook 'em Horns of the University of Texas earned a big win in a recent trademark opposition proceeding. This is an interesting sports trademark case.

The case, the Board of Regents of the University of Texas v. Kendall A. Beaver, was brought by UT against the owner of the following trademark application: 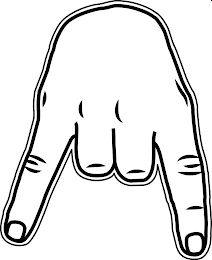 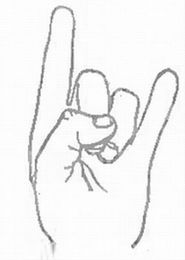 UT's goods included decals in Class 16; and t-shirts and shirts in Class 25. The notice of opposition grounds included a likelihood of confusion, false suggestion of a connection, and dilution. The complaint was thereafter amended to withdraw the dilution grounds and to add a count for lack of bona fide intent to use the mark on the applied for goods.

Applicant's infraction. Unfortunately for Applicant, it committed a trademark rules infraction that resulted in a severe penalty:

In Board proceedings, all parties must take and introduce its testimony during its trial testimony period. The Applicant failed to do so here. Instead, it attached evidentiary exhibits to its Brief submitted after its Trial Testimony period had ended.

The Trademark Trial and Appeal Board showed no mercy, and strictly applied its TTAB rules to the case. The Applicant had ample opportunity during its Trial Testimony Period to submit declarations, notices of reliance, and other forms of admissible evidence in support of its case. For the Board, Applicant's failure to do could not result in a replay or looking the other way. Accordingly, the Board granted Opposer's motion to strike the exhibits as untimely evidence. Furthermore, since the Applicant failed to submit any evidence during trial, any factual assertions in Applicant's brief were not considered.

Opposer's evidence. The University of Texas properly submitted evidence and testimony to support all of its claims, which was recognized by the Board. For each of the claims, Opposer, like all opposers in opposition proceedings before the Board, had the burden to present a prima facie case. The Board found it did so here. And while Applicant's have the opportunity to rebut an Opposer's initial showing, the Applicant here could not do so based on its rules infraction. In the end, the Board ruled in Opposer's favor, and refused Applicant's registration.

Editor's Note: The Applicant represented herself, and was apparently neither an attorney nor versed in TTAB rules of practice. The Trademark Board Manual of Procedure provides the basis for how to litigate or defend a trademark opposition. All applicants and their attorneys are encouraged to follow it. We discuss other helpful hints in an earlier article that may be found here.