The TTAB recently ruled on the appeals from the three Section 2(e)(1) mere descriptiveness refusals summarized below. No hints this time. Let's see how you do with them. Answer will be found in the first comment. 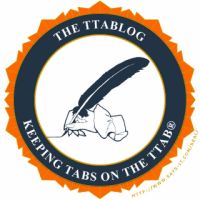 In re JHO Intellectual Property Holdings LLC, Serial No. 88784575 (September 10, 2021) [not precedential] (Opinion by Judge Cheryl S. Goodman). [Mere descriptiveness refusal of COGNITIVE CANDY for dietary supplement drinks, nutritional energy bars, and the like. Applicant maintained that "the lofty connotations of 'cognitive' are in stark contrast to the literal and colloquial connotations of 'candy,' creating an incongruous commercial impression."]

In re Commonwealth Care Alliance, Inc., Serial No. 88661627 (September 29, 2021) [not precedential] (Opinion by Judge George C. Pologeorgis). [Mere descriptiveness refusal of EL CUIDADO EXCEPCIONAL for consulting services in the field of health care insurance and for managed healthcare services. The English translation of the mark is UNCOMMON CARE. Applicant contended that consumers would not stop and translate the mark and, in any case, the translated phrase UNCOMMON CARE is registered by Applicant for the same services.]

In re Vans, Inc., Serial No. 88677016 (September 29, 2021) [not precedential] (Opinion by Judge Linda A. Kuczma). [Mere descriptiveness refusal of THE ORIGINAL CHECKERBOARD CO. ESTABLISHED SINCE SIXTY-SIX for "Belts; Bottoms as clothing; Footwear; Headwear; Jackets; Pants; Shirts; Shorts; Socks; Sweat Pants; Sweat Shirts; Tops as clothing." Applicant conceded that "ESTABLISHED SINCE SIXTY-SIX" is descriptive, but contended that "THE ORIGINAL CHECKERBOARD CO." does not convey qualities or characteristics of Applicant's clothing goods to consumers, but rather is a playfully suggestive unitary phrase that consumers will perceive as referring to Applicant's "specific and distinct brand identity" involving the "thrills and excitement associated with action sports and skate culture."] 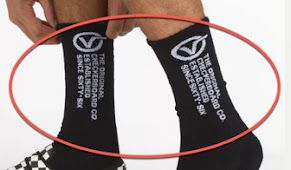 TTABlog comment: How did you do? See any WYHAs here? P.S.: