The CAFC affirmed the Board's decision in SFM, LLC v. Corcamore, LLC, 129 USPQ2d 1072 (TTAB 2018) [TTABlogged here], upholding the Board's entry of judgment as a sanction against Corcamore, LLC due to its misconduct. Corcamore contended that because SFM lacked standing to petition for cancellation, the Board erred in entering judgment. The appellate court, however, concluded that "SFM was entitled to bring and and maintain a petition under 15 U.S.C. § 1064, the statutory cause of action for cancellation of trademark registrations, and ... the Board did not otherwise abuse its discretion in imposing default judgment as a sanction." Corcamore, LLC, v. SFM, LLC, Appeal No. 2019-1526 (Fed. Cir. October 27, 2020) [precedential]. 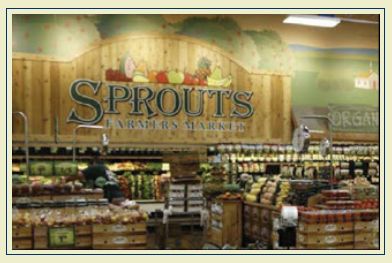 Sanction:  SFM, LLC petitioned for cancellation of Corcamore's registration for the mark SPROUT for "vending machine services," alleging priority and likelihood of confusion with its marks SPROUTS and SPROUTS FARMERS MARKET for "retail grocery store services." After setting out Corcamore's egregious antics, the Board tossed out its petition for cancellation.

Respondent has refused to cooperate in the discovery process for over sixteen months. Respondent's discovery violations are repeated, egregious and demonstrate Respondent's intent to thwart Petitioner's discovery of information and documents the Board has already determined are discoverable. There is no reason to assume that, given additional opportunities, Respondent will fulfill its obligations under the Federal and Trademark Rules and the Board's orders. Accordingly, Petitioner's motion for discovery sanctions in the form of judgment is granted under Trademark Rule 2.120(h).

The CAFC recited Corcamore's laundry list of improper behavior and found that the Board did not abuse its discretion in entering judgment as a sanction.

Entitlement to Bring Petition:  Corcamore relied on Lexmark International, Inc. v. Static Control Components, Inc., 572 U.S. 118 (2014), in contending that SFM lacked standing to bring the petition for cancellation. The Board, however, concluded that Lexmark applied only to civil actions under Section 43(a) of the Lanham Act and did not apply to a petition for cancellation. Instead, the Board relied on Empresa Cubana del Tabaco v. General Cigar Co., 753 F.3d 1270 (Fed. Cir. 2014), and ruled that SFM had standing because it sufficiently alleged a real interest in the cancellation proceeding and a reasonable belief of damage, as required under 15 U.S.C. § 1064. Corcamore contended that this was error.

The CAFC first pointed out that "this appeal does not involve the traditional legal notions of Article III standing. This appeal focuses instead on the requirements that a party must satisfy to bring or maintain a statutory cause of action, such as a petition to cancel a registered trademark under 15 U.S.C. § 1064." The court then agreed with Corcamore that Lexmark provides the applicable standard, but it found no substantive difference between the Lexmark standard and that of Empresa Cubana:

We hold that the Lexmark analytical framework is the applicable standard for determining whether a person is eligible under § 1064 to bring a petition for the cancellation of a trademark registration. However, because we discern no meaningful, substantive difference between the analytical frameworks expressed in Lexmark and Empresa Cubana, we do not agree that the Board reached the wrong result in this case.

The CAFC pointed out that, in Empresa Cubana, involving a petition for cancellation, it had addressed Lexmark only in passing and, in particular, did not address whether the  Lexmark framework applies to § 1064." Instead it relied on Ritchie v. Simpson, 170 F.3d 1092 (Fed. Cir. 1999) and Lipton Indus., Inc. v. Ralston Purina Co., 670 F.2d 1024, 1029 (CCPA 1982), and concluded that SFM had a cause of action under § 1064 because it demonstrated "a real interest in cancelling the [registered trademarks at issue] and a reasonable belief that the [registered trademarks] are causing it damage." Id. at 1274.

The CAFC found the Board's interpretation of Lexmark to be "unduly narrow."

The Lexmark  analytical framework applies to § 1064 and § 1125(a) because both are statutory causes of action. As Justice Scalia exhorted, the zone-of-interests requirement "applies to all statutorily created causes of action" and it "applies unless it is expressly negated." Lexmark, 572 U.S. at 129. The proximate-causation requirement generally applies to all statutory causes of action, even where a statute does not expressly recite a proximate-causation requirement. *** In view of the Supreme Court's instructions, we see no principled reason why the analytical framework articulated by the Court in Lexmark should not apply to § 1064.

The CAFC then concluded that, although the Board failed to apply the Lexmark framework, it reached the correct result. The appellate court saw "no meaningful, substantive difference in the analysis used in Lexmark and Empresa Cubana."

The zone-of-interests requirement and the real-interest requirement share a similar purpose and application. The purpose of the zone-of-interests test is to "foreclose[] suit only when a plaintiff's interests are so marginally r-lated to or inconsistent with the purposes implicit in the statute that it cannot reasonably be assumed that Congress authorized that plaintiff to sue." Lexmark, 572 U.S. at 130 (citation and quotation marks omitted). Likewise, a purpose of the real-interest test is to "distinguish [parties demonstrating a real interest] from mere intermeddlers or . . . meddlesome parties acting as self-appointed guardians of the purity of the Register." Selva & Sons, Inc. v. Nina Footwear, Inc., 705 F.2d 1316, 1325-26 (Fed. Cir. 1983) (citation and internal quotation marks omitted). Also like the zone-of-interests test, a petitioner can satisfy the real-interest test by demonstrating a commercial interest. *** Similarly, a party that demonstrates a reasonable belief of damage by the registration of a trademark demonstrates proximate causation within the context of § 1064.

Applying the Lexmark framework to SFM's petition for cancellation, the CAFC came to the same conclusion as the Board: "that SFM pleaded allegations sufficient to demonstrate a right to challenge Corcamore's registered mark under § 1064." SFM's allegations of likely confusion identified an interest falling within the zone of interests protected by § 1064. Likewise these allegations were sufficient to establish proximate cause because they demonstrate "SFM's reasonable belief of damage resulting from a likelihood of confusion between SFM's SPROUTS mark and Corcamore's SPROUT mark."

We therefore hold that the Board correctly determined that SFM falls within the class of parties whom Congress has authorized to sue under the statutory cause of action of § 1064. Cf. Lexmark, 572 U.S. at 137-40. We are not persuaded that we should disturb the result reached by the Board. In other words, SFM is entitled under § 1064 to petition for cancellation of the trademark registration to SPROUT.