United States: Local Regulation Of Fossil Fuel Pipelines (Or The Little City That Could)

by Jonathan M. Ettinger
Foley Hoag LLP
Your LinkedIn Connections
with the authors 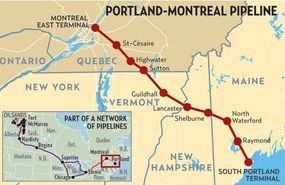 With all the attention focused on the Keystone pipeline and the disputes over local regulation of fracking, it's easy to overlook the small city of South Portland, Maine (population 26,000), which just prevailed in the First Circuit in a challenge to its regulation of an international oil pipeline that originates in Montreal and ends in South Portland Harbor.  (Full disclosure: I represented the city in this case.) 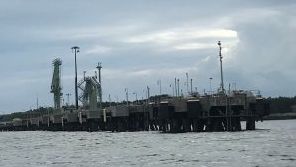 When Portland Pipeline Corporation ("PPLC")(whose parent company was owned at the time at the time by ExxonMobil, Shell, and Suncor) sought to change the pipeline's permitted use and transport crude oil south from Canada to be loaded onto ships at the terminus in southern Maine (as opposed to its historic use of transporting crude from ships north to Canada), the City passed its "Clear Skies Ordinance", banning the bulk loading of crude onto ships.  Of course, the pipeline owner sued to invalidate the ordinance, asserting a multitude of theories. 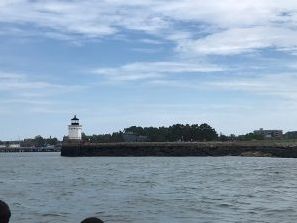 The trial court ruled at summary judgment  that the ordinance was not preempted by the Pipeline Safety Act, Rivers and Harbors Act of 1899, or the Transit Pipeline Agreement between the U.S. and Canada, did not violate the Equal Protection or Due Process clauses of the Constitution, and did not run afoul of state law. (See our earlier post on this.)  It later ruled  after a week-long trial that the ordinance did not violate either the Foreign Affairs or Commerce clauses of the Constitution.  Although PPLC appealed to the First Circuit, after the United States filed an amicus brief supporting the city's position (and after a brief trip to the Maine Supreme Judicial Court on a state law issue), PPLC dismissed that appeal,  leaving the judgment in place.  As a result, the city's ordinance stands, and the pipeline cannot be used to load crude oil (sourced from either the tar sands formation in western Canada or the Bakken formation in the U.S.) onto ships in South Portland Harbor.

Given the development of the tar sands crude oil formation in Alberta, there is currently little demand for oil imports to Canada, so the future of the pipeline is in doubt.  What is not in doubt is the city council's long-held power to protect the health and welfare of the residents. So add this to the growing list of decisions allowing local regulation of fossil fuel facilities.