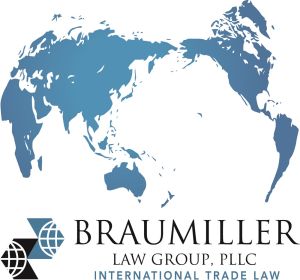 Iran
Iran is subject to a long-standing comprehensive embargo. As such, U.S. persons are generally prohibited from engaging in any transactions with Iran without authorization from OFAC and/or BIS.  Furthermore, Iran is the target of many "secondary sanctions" that penalize non-U.S. persons for engaging in transactions with Iran.  These secondary sanctions target a broad array of industries including Iran's energy, shipping, and automotive sectors, among others.

Under the Obama Administration, the U.S. and Iran agreed to the Joint Comprehensive Plan of Action ("JCPOA") wherein Iran committed to cease certain nuclear activities in exchange for the U.S. lifting certain secondary sanctions.  Meanwhile, the E.U., China, and Russia also agreed to lift most sanctions on Iran.  However, on May 8, 2018, President Trump announced that the U.S. would withdraw from the JCPOA and reimpose secondary sanctions that the U.S. had previously lifted under the agreement.  As such, non-U.S. companies would be sanctionable by the U.S. if they engaged in any proscribed transactions involving Iran.  Furthermore, in October 2019, the Trump Administration expanded secondary sanctions on Iran's metals, energy, and defense sectors, and imposed sanctions on various individuals and entities in China, Russia, Turkey, and other countries for engaging in certain transactions with Iran.

Cuba
Like Iran, Cuba is subject to a comprehensive embargo, where almost all transactions by U.S. persons involving Cuba require a license from OFAC or BIS.  Beginning in 2014, the Obama Administration initiated a policy shift away from sanctions and toward engagement and the normalization of relations with Cuba.  Throughout the Obama Administration, restrictions on travel were gradually rescinded to the point that U.S. persons could rather easily travel to Cuba including on cruise lines that offered travel between the U.S. and Cuba.  However, the Trump Administration reversed most of these changes by reinstating and expanding restrictions on travel to Cuba.  Some key changes under the Trump Administration included prohibiting people-to-people education travel and terminating cruise ship travel.

China
Unlike Iran or Cuba, China is not subject to a comprehensive embargo.  However, China has been a particular area of concern for OFAC and BIS, and the risks from doing business in China have increased as a result.  In May 2019, BIS added Huawei and many of its affiliates to the BIS Entity List, thus prohibiting most transactions with Huawei. In addition, in June of 2020, BIS expanded restrictions on exports for military end-uses or end users, which had only applied to Russia and Venezuela, to also apply to China.  These restrictions were also expanded to apply to a much broader range of goods, including common software products.  The definition of "military end user" under the military end user/end use rules is quite expansive and includes the national armed services, national guard, national police, government intelligence, and reconnaissance organizations, as well as any end user whose activities are intended to support military end uses.

Furthermore, beginning in June 2020, BIS began implementing measures to remove differential treatment of Hong Kong under the EAR.  In December 2020, BIS removed Hong Kong as a separate destination under the EAR.  In conjunction with BIS's measures, it is now prohibited to export U.S.-origin defense articles to Hong Kong without a license from DDTC.

For its part, OFAC has also implemented new restrictions on China including a ban on investing in Chinese entities that are deemed by OFAC to be connected to the Chinese military.   OFAC has published a list of these entities, which include prominent publicly traded companies, such as China Telecom and China Mobile, among others. Furthermore, as a result of the enactment of the Hong Kong Autonomy Act ("HKAA") on July 14, 2020, OFAC is authorized to sanction foreign persons involved in undermining the autonomy of Hong Kong, and foreign financial institutions that engage in certain transactions with such persons.

Russia
Since 2014, Russia has been the target of an expansive list-based sanctions program, in addition to export restrictions mostly aimed at Russia's energy and defense sectors.  Sanctions and export controls on Russia have only increased over the past 7 years, including under the Trump Administration.  Over the past year, additional individuals and entities have been added to OFAC's list of Specially Designated Nationals ("SDNs") and Sectoral Sanctions Identifications ("SSIs").  Furthermore, in February 2020, BIS expanded export restrictions on Russia by removing Russia from Country Groups A:2 and A:4 to D:2 and D:4.  As a result, certain license exceptions will no longer be available for exports to Russia.  Meanwhile, as noted previously, the expanded military end use/military end user restrictions implemented in April of 2020 also apply to Russia.  Given recent developments, such as the arrest of opposition figure Alexei Navalny and high-profile hacks on the U.S. government and private companies, we anticipate continued expansion of U.S. sanctions and export controls on Russia.

Under the Trump Administration, a succession of Executive Orders were issued expanding sanctions on Venezuela.  Beginning in August 2017, the Trump Administration imposed restrictions on providing credit to the Venezuelan government, including state owned entities like PdVSA.  These restrictions were later expanded to prohibit transactions related to purchasing Venezuelan debt.  In January 2019, PdVSA, Venezuela's state-owned oil and gas entity, was designated as an SDN.  As a result, U.S. persons are generally prohibited from engaging in transactions with PdVSA, or entities owned or controlled by PdVSA.  Finally, in August 2019, President Trump issued E.O. 13884, blocking (freezing) the property and interests of the Maduro government in the United States and within the control of U.S. persons.

Introducing the new Digital Magazine for June 2021. Get the inside scoop on the Braumiller Law Group & Braumiller Consulting Group "peeps." Expertise in International Trade Compliance.

Once you initially click, the best view will be "Full Screen" mode, which is located in the lower right hand corner of your screen.