by Saxon Guerriere
Gordon Rees Scully Mansukhani
To print this article, all you need is to be registered or login on Mondaq.com. 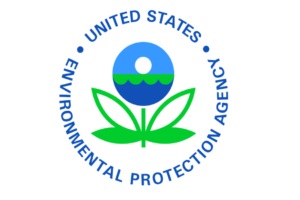 The United States Environmental Protection Agency ("EPA") is currently conducting a chemical risk evaluation of asbestos. The EPA's 310-page Draft Risk Evaluation for Asbestos (the "Draft") identified risks for a variety of potential asbestos exposures. The Draft found that acceptable cancer risks were exceeded for much work with automotive brakes and clutches. If these findings are adopted in the final evaluation, defendants can expect asbestos plaintiffs' counsel to trumpet the evaluation to juries, even though (as described below and detailed in the attached article) the analysis is flawed and inconsistent with both the scientific literature and legal standards regarding cancer causation.

The Draft looked at exposures to occupational mechanics, bystanders, and do-it-yourself mechanics. The only asbestos fiber type the EPA evaluated was commercial chrysotile, and the only potential causative diseases the EPA evaluated were mesothelioma and lung cancer. The EPA chose to evaluate acceptable cancer risks to individuals based on an Inhalation Unit Risk of 0.16 per fiber/cc.

The Draft found that acceptable cancer risks were exceeded for brake and clutch installation and removal for occupational mechanics at both high-end and central tendency exposure levels and for occupational non-users at all high-end levels. For brake repair and replacement performed indoors with compressed air, the Draft found that acceptable risk levels were exceeded for do-it-yourself mechanics and bystanders of do-it-yourself mechanics at high-end and central tendency levels. For brake work performed outdoors, the Draft found that acceptable risks levels were exceeded for do-it-yourself mechanics at high-end tendency levels when mechanic work was performed 30 minutes per day with 62 years of cumulative exposure starting at age 16.

While the final risk assessment has not been published, the conclusions found in the current Draft lead to concern that these findings will cause confusion or even improperly influence jurors in future asbestos trials. A finding by the EPA that working with and around asbestos-containing brakes and clutches leads to an unacceptable risk of mesothelioma and lung cancer would be used in the opening statements of every asbestos plaintiffs' attorney in the country. Although the assessment is based on many assumptions that are not realistic, excludes large swaths of relevant scientific and medical studies, and makes conclusions regarding cancer causation that are entirely out of line with all current legal standards, it would be complicated and difficult to explain in necessary detail to a jury. It would simply be another factoid that will be used to persuade jurors that there is no safe level of chrysotile asbestos exposure and that all exposures cause disease. Surely, many hours of drafting and many tons of ink will be spilt in attempts to keep the findings of the EPA out of the courtroom through pre-trial motions to exclude and motions in limine. This is a future that will soon become all too real if there are not considerable changes made between the current Draft and the EPA's final risk evaluation.