United States: EPA Publishes Third Round Of Final Area Designations Under The SO2 NAAQS

On January 9, 2018, the EPA published the third round of final area designations under the 2010 SO2 NAAQS. In this round, the EPA identified six (6) nonattainment areas located in Florida, Indiana, Louisiana, Puerto Rico and Guam. EPA designated 23 areas as unclassifiable and all other areas as attainment/unclassifiable. The primary focus in this round was on those areas electing to rely on ambient air quality modeling to assess attainment with the standard. 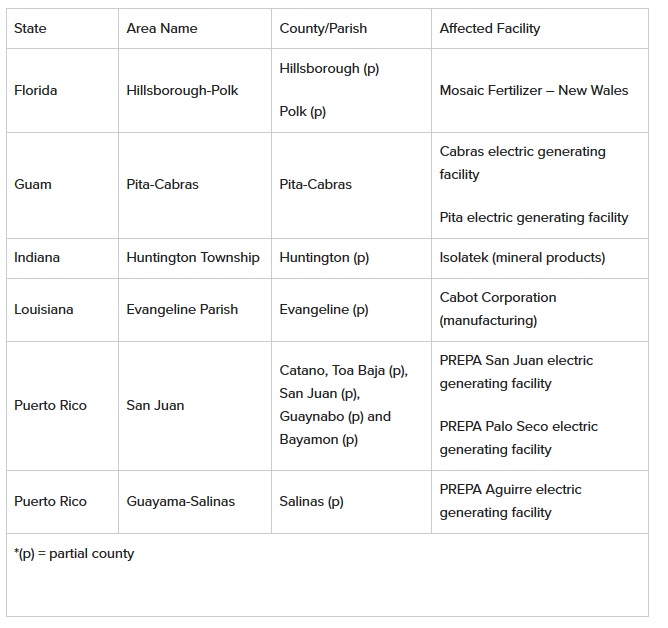 EPA noted that in its fourth and final round of designations, which is due in December 2020, it will designate the remaining areas — approximately 50 undesignated areas where states and sources have installed and started operating a new SO2 monitors. Thus, the next and final