Last week, we began our review of a new question: is the conventional wisdom which posits that the Supreme Court only reviews final judgments (making a petition for review under any other circumstances a waste of time and money) really true? This week, we're reviewing the data for the years 2000 through 2009. 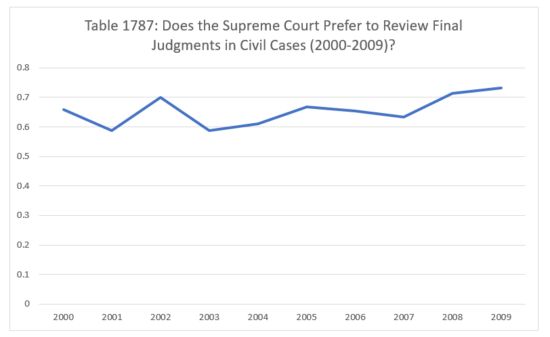 Join us back here this coming week as we review the data across the past eleven years.

Image courtesy of Pixabay by bd_advtravlr (no changes).