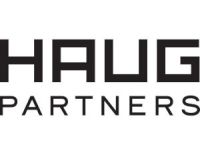 For example, the alleged infringer may seek to initiate a legal action by seeking a declaratory judgment of non-infringement, or begin to potentially challenge alleged intellectual property rights.

Additionally, intellectual property owners have to seriously consider the power of social media and the Internet and how these forums can be used to potentially harm the reputation of business holders. Unlike in the past, it is significantly easier for a potential infringer to publish a demand letter and have the letter go "viral." In some cases, trademark owners using overly aggressive language in their demand letters may risk stonewalling potential settlement or risk public shaming if the infringer posts the letter publically.

Despite these risks, a demand letter can be a useful tool to enforce the rights of the trademark holder, but it is essential that an attorney consider the associated risks with sending a letter and discuss the risks with the client.

Due Diligence and Pre-Investigation

Prior to sending a demand letter, an attorney should conduct a thorough due diligence to ensure that the client has prior rights to the mark and also to assess the strength of the client's trademark infringement claim. If the infringement claim is weak, a client may consider taking no action but continuing to monitor the potential infringer's use of the mark for potential future actions. If the client has a strong claim for infringement, an attorney may advise taking immediate legal action in lieu of a demand letter in order to stop the ongoing infringement. Failing to undertake this initial analysis may subject the client to unnecessary legal and business risks as discussed infra.

The tone of a demand letter is important and can affect whether a potential infringer is willing to have negotiations with the trademark owner to resolve the potential infringement dispute. In the age of the Internet and social media, the possibility of a letter being made public is much greater than in the past, and the trademark holder can risk reputational harm if the letter is not drafted amicably. A trademark owner, particularly those that are corporations or businesses, may not want to risk being publicly embarrassed by an alleged infringer when its aggressive demand letter is published.

Alleged infringers, in the age of social media and the Internet, may choose to employ a strategy of publicly "shaming" trademark owners, which can be quite effective. For example, Chick-fil-A, the owner of the federally-registered trademark, EAT MORE CHIKIN, sent a demand letter to a self-described folk artist from Vermont who was the creator of t-shirts stating EAT MORE KALE. Muller-Moore, the owner of the EAT MORE KALE mark, would create these shirts and sell them at farmers markets and through his website. In October 2011, Chick-fil-A sent Muller-Moore a cease and desist letter demanding that he stop using the phrase EAT MORE KALE and surrender his website. In response, Muller-Moore turned to social media to defend his trademark rights to use EAT MORE KALE on Facebook and also started an online petition at change.org entitled "Chick-fil-A: Stop Bullying Small Business Owners" that has over 25,000 signatures. The governor of Vermont also held a press conference supporting Muller-Moore, and the story was picked up by the national media. This kind of campaign is an example of an effective "shaming" tactic used against a large corporation and can have an effect on a trademark dispute.

In contrast, Netflix recently employed a strategy to send a "softer" or more "friendly" demand letter in 2017 to a pop-up bar in Chicago, "The Upside Down," which was themed after one of Netflix's widely popular shows "Stranger Things." Netflix's letter, rather than utilizing legal jargon and citations to the Lanham Act, sent a friendly letter employing references to the show and requesting that the bar not extend beyond its 6-week run and reach out to Netflix for permission if the bar planned to do this again in the future. This letter resulted in positive press for both the bar and Netflix and is a strategy that may help both legally and from a business perspective in trying to enforce trademark rights with a smaller business.

The potential use of social media to attempt to publicly "shame" an overreaching trademark owner is a notable consideration when considering strategies to enforce a trademark. Taking the time to craft a thoughtful demand letter may increase the likelihood of an early amicable settlement and mitigate the risk of public "shaming" via the Internet or social media, which can have negative and wide-ranging consequences for a trademark dispute.

Undertaking a thorough due diligence and assessing the strength of the client's infringement claim can help to mitigate this risk. However, in the event a declaratory judgment action is initiated, it is important to advise the client of the costs associated with such a proceeding, which can be prohibitively expensive.

A further legal risk of sending a demand letter is that the alleged infringer may choose to file a petition for cancellation of the registration with the USPTO if the mark is federally registered. Depending on the term of the mark and whether the trademark owner has filed a declaration of incontestability, the types of grounds that can be asserted to cancel the mark will vary. It is important for a client to be prepared to defend its mark in the event an alleged infringer does choose to invoke this strategy and initiate a cancellation proceeding.

A demand letter can serve as an important tool to put a potential infringer on notice of alleged infringement and may be important if the trademark holder decides to pursue further legal action against an infringer. However, it is important to conduct thorough diligence of the mark to ensure that the trademark holder does have prior rights and to assess the strength of the client's trademark infringement claim. Furthermore, in addition to these considerations, the impact that such a letter can have if leaked via social media or the Internet on the reputation of the trademark holder is critical, and the tone an attorney uses in a letter can also have an impact on this potential risk. Taking these risks and strategic considerations into account can minimize the foregoing risks, and a demand letter can have beneficial purposes for the trademark owner, such as putting a potential infringer on notice, or facilitate licensing or co-existence discussions. For these reasons, it is important to perform a thorough due diligence prior to sending a demand letter and to decide which strategy will produce the most successful outcome for the client and mitigate risk.

ARTICLE TAGS
United States Intellectual Property Trademark
POPULAR ARTICLES ON: Intellectual Property from United States
Fair Use And Fanatic Fans
Global Advertising Lawyers Alliance (GALA)
While my seats afforded me only a so-so sight-line to the stage, I had no trouble seeing the ocean of cell phones, in the hands of adoring fans, simultaneously recording (without authorization)...
No Trademark Protection In Book Or Movie Titles?!?
Weintraub Tobin Chediak Coleman Grodin Law Corporation
Generally, the title to a single motion picture is not entitled to trademark protection. This is the same for the title to single books, songs and other singular creative works
Trade Secrets 2019 Litigation Roundup And 2020 Trends
Gibson, Dunn & Crutcher
Gibson Dunn & Crutcher LLP attorneys, in Part 1 of a two-part series, highlight 2019 developments in trade secret litigation and say 2020 will see similar trends.
File When Ready! Criteria For Determining If An Invention Should Be Patented
Harness, Dickey & Pierce, P.L.C.
It may come as a surprise that even patent attorneys don't believe every invention should be patented.
Coping When Your Brand Name Becomes Mud
Cowan Liebowitz & Latman PC
What can you do to protect your goodwill if you unknowingly select an unfortunate brand name, or through no fault of your own...
Machine Learning Patentability In 2019: 5 Cases Analyzed And Lessons Learned Part 1
Sheppard Mullin Richter & Hampton
This article is the first of a five-part series of articles dealing with what patentability of machine learning looks like in 2019.
FREE News Alerts
Sign Up for our free News Alerts - All the latest articles on your chosen topics condensed into a free bi-weekly email.
Register For News Alerts
Article Tags
United States Intellectual Property Trademark
Related Articles
PTAB Statistics Through Q1 2020 Jones Day
TTABlog Test: Which One Of These Three Section 2(d) Refusals Was Reversed? Wolf, Greenfield & Sacks, P.C.
USPTO's Guidelines For Electronic Filing: Applicant/ Registrant/Party Email Addresses Required Hogan Lovells
Wasica v. Schrader: IPR Estoppel Can Include System Prior Art – Key Takeaways DLA Piper
Supreme Court Set To Hear Copyright Arguments In "Google v. Oracle" Cadwalader, Wickersham & Taft LLP
Comparative Guides
Anti-Corruption & Bribery
Cartels
Enforcement of Foreign Judgments
International Arbitration
Merger Control
Mondaq Advice Centres
United States
Advertising and Marketing
United States
Telemarketing
Global
Investment Immigration
Global
Trademarks in SAARC Countries
More MACs