by Ankita Aseri
Khurana and Khurana
To print this article, all you need is to be registered or login on Mondaq.com. 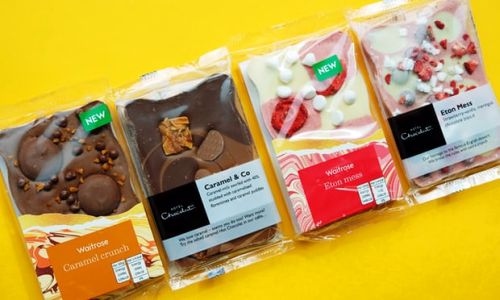 United Kingdom offers protection to both registered and unregistered design. In order to be registrable, a design must be new (meaning that it has not been disclosed more than one year before filing) and possess individual character (meaning that the overall impression it produces on the informed user must differ from the overall impression produced on such a user by any design which has been made available to the public).2 The registration of a design gives the registered proprietor the exclusive right to use it and to prevent any third party from using that design without consent.

There were similar instances of imitation of design where the similar design was considered to be infringing the original design.The case of Tatty Devine v Claire's Accessories is similar to the present dispute as even Tatty had got her design registered with the UK IP office and Claire had to cease using the design.3 In another dispute, Saucy Fish Company claimed supermarket's products resembled its ownAldi salmon fillets have very similar packaging and recipes to Saucy Fish Co. and the High Court agreed and demanded the retailer remove the product.4 Had the present dispute came to the Court then there were a high chance of ruling in favour of Hotel 'Chocolat' as it is a registered design and Waitrose's chocolate were identical to their chocolates. It is necessary to protect the designs against the imitators as it affects their reputation and may result in dip in sales.

End of the 'Chocolat' Dispute

The dispute has ended amicably with Waitrose agreeing "to stop making the totally coincidentally very similar bars", with no court action taken.5 Hotel Chocolat avoided taking a legal step against Waitrose owing to the complexities of the legal system of UK. This is an important lesson for other brand owners to protect their brand value and intellectual property. To address the issue of imitators, a company can have in-house anti-counterfeit investigators or external take-down specialists and could use monitoring services to detect the retailers selling imitated products. The case is so popular due to its unconventional protection given to design of slabs and the countermeasures taken by the Hotel Chocolat which weren't legal measures but effective nonetheless.The tweets give a view of the intentions and reasons for the brand to offer amnesty to its customers and why such off-beat technique was used instead of direct legal threat.

ARTICLE TAGS
UK Intellectual Property Copyright Trademark
POPULAR ARTICLES ON: Intellectual Property from UK
Charging Up: The Rapid Rise Of Battery Technology
Powell Gilbert
First developed in 1799 by the Italian physicist Alessandro Volta, battery technology can hardly be said to be new. Fast-forward two centuries, however, and batteries are front-and-centre of the...
EPO Approach To Priority Entitlement Clarified By Board Of Appeal In Case T0844/18
J A Kemp LLP
In a press communiqué dated 6 November 2020 the Technical Board of Appeal of the European Patent Office (EPO) issued its written decision revoking European patent number EP2771468 owned by the Broad Institute, Inc. and others.
How To Prove 'Passing Off'
Gowling WLG
'Passing off' does not have a statutory basis and doesn't need to be registered to be effective.
Brexit: What EU Rights Holders Should Know
Haseltine Lake Kempner LLP
The 31st of December this year sees the end of the Brexit transition period when EU trade mark and design rights will no longer extend to the UK.
What Does Brexit Mean For Intellectual Property?
Gowling WLG
31 January 2020 marked the UK's official exit from the EU.
Distinctly Different? Trade Marks And The Standards For Distinctiveness
Gowling WLG
The growth of the online world has meant that many brands which previously would have been accessible by and promoted to a section of society are now available to the world.
FREE News Alerts
Sign Up for our free News Alerts - All the latest articles on your chosen topics condensed into a free bi-weekly email.
Register For News Alerts
Article Tags
UK Intellectual Property Copyright Trademark
Related Articles
EPO-CNIPA New PCT Pilot Programme Starts On 1 December 2020 Haseltine Lake Kempner LLP
Defeat For World Champion Dehns
Brexit And Trademarks: 10 Key Things To Know Gowling WLG
Brexit And Trade Secrets: 6 Key Things To Know Gowling WLG
Brexit And Patents: 10 Key Things To Know Gowling WLG
Mondaq Webinars
Securitisation in Luxembourg – A Vibrant Market with a Flexible Toolbox
GSK Stockmann SA
Webinar Luxembourg Luxembourg
Arbitration is Common and Civil
OBLIN Attorneys at Law LLP
Webinar Wien Austria
More Webinars
Comparative Guides
Anti-Corruption & Bribery
Banking Regulation
Blockchain
Cartels
Corporate Tax
Mondaq Advice Centres
UK
Coming to and Investing in the UK
Global
Investment Immigration
Global
Trademarks in SAARC Countries
More MACs
Curated Content
A Framework For Examination Of Personal Devices Under The Turkish Competition Authority's New Guidelines – How It Converges With And Differs From The EU Practice
ELIG Gürkaynak Attorneys-at-Law
Digital Securities Business Is About To Bloom
Anderson Mori & Tomotsune
A Different Perspective To Employer`s Liability For Anti-Competitive Behaviors: Arçelik's Application For Leniency
ELIG Gürkaynak Attorneys-at-Law
Losing The Battle, Winning The War? – Ramifications Of The Newly Introduced Settlement Mechanism Under Turkish Competition Law
ELIG Gürkaynak Attorneys-at-Law
Upcoming Events
Designs Protection: What You Need To Know Now - ThinkHouse
Gowling WLG
Webinar London UK
Mondaq Social Media