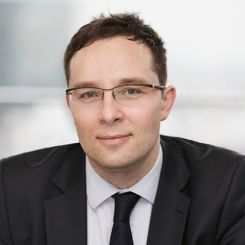 The volume of mergers and acquisitions (M&A) in the insurance sector increased 10% in 2019 with 419 deals completed worldwide, up from 382 in 2018. Activity was driven by an exceptionally strong first half of the year, led by a spike in deals in Europe that had been put on hold during Brexit preparations. Although M&A dropped back in the second half of the year, activity globally remained buoyant compared to the levels of recent years, according to Balancing risk and reward, the latest edition of global law firm Clyde & Co's insurance growth report, released today.

The Americas continued to be the most active region (182 deals in 2019), down slightly from 189 in 2018, with activity balanced between the first and second halves of the year (93 and 89 transactions respectively). Europe saw the biggest year-on-year increase with 155 deals (88 in the first half and 67 in the second), up from 122 in 2018. Asia Pacific followed a similar pattern of annual gains (17% overall to 69 deals), with the larger number of deals coming in H1 2019. The Middle East and Africa saw rises throughout the year, albeit from a low base.

Ivor Edwards, European Head of Clyde & Co's Corporate Insurance Group, says: "M&A has surged in the last 12 months. While insurers have had some reasons for cheer in the past year, with reduced natural catastrophe losses and price rises taking hold across a range of classes of business, investment returns are still flat. This makes deal making a trusted route to growth and a means of satisfying shareholders. Although deal makers in some markets may adopt a more cautious approach, the quick start to 2020 in certain markets suggests there's more to come."

M&A will be an area of focus as capacity is released following ongoing reviews by re/insurers of classes they will continue to underwrite and of where they will withdraw – this released capacity can be deployed elsewhere. At the same time, market remediation has led to more businesses being placed into run-off.

Vikram Sidhu, Clyde & Co Partner in New York, says: "Activity in the run-off market is expected to pick up further in markets across the world. In the US, insurers will likely take further steps to explore divesting legacy books of insurance business through two recently enacted restructuring mechanisms known as Insurance Business Transfers and corporate divisions, which mechanisms several states have enacted into their laws in recent years. We expect these new tools for legacy business to lead to burst of new deal activity later this year and beyond."

Technology is now baked-in to M&A

2019 was the year that technology cemented itself as the most important emerging driver in every region of the world. The last 12 months have seen investments including USD 250 million from Munich Re into Next Insurance, a Californian start-up offering tailored, digital insurance solutions to small and medium-sized enterprises; USD 90 million into insurtech Singapore Life from Japan's Sumitomo Life; and MS Amlin's purchase of an undisclosed stake in Envelop Risk, a Bermudian start-up that provides artificial intelligence-driven cyber risk modelling.

Joyce Chan, a Clyde & Co Partner in Hong Kong, says: "Technology is now a key consideration in any deal. Potential buyers are thinking how they can improve existing processes as well as develop new ones. They will be looking at targets which can deliver technological benefits at the back end – in terms of greater efficiencies – and enhance their customer reach and offering in the market. With many insurtech start-ups now reaching the point of maturity where their business models are proven, we expect a new wave of investment from carriers through acquisition, joint venture or partnership in the coming year."

Deals of all sizes in scope

Mega-deals valued in excess of USD 1 billion continue to be a feature of the market with 20 transactions of this size in 2019, spread across all regions. Enhanced distribution capability was a key driver of some of the biggest, including Prudential's USD 3.5 billion acquisition of Assurance IQ, a direct-to-consumer platform, and FWD Group's USD 3.0 billion deal for Thailand's SCB Life Assurance, which included a significant 15-year bancassurance agreement.

Dusseldorf-based Clyde & Co Counsel Kathrin Feldmann says: "The advantages of the 'bigger is better' philosophy remain hard to dispute. M&A can deliver increased scale and reach, access to new customers and markets, and a wider pool of customer data, which is an increasingly valuable commodity. M&A at the top end of the market will continue but may be harder to get over the line due to a shrinking pool of targets and challenges in reaching agreement on price. Meanwhile, many re/insurers are starting to take a more considered view of M&A, aiming for smaller, more selected targets that add discrete value to their operations."

Lull in M&A will pass as uncertainty clears

Although the market is hardening, it is not yet at the point where it will have a significant balance sheet impact – so re/insurance businesses will continue to look at transactions to deliver growth. We expect M&A activity in the first half of 2020 to maintain the recent trend level at just under 200 deals worldwide.

Ivor Edwards says: "A number of regional factors will impact M&A in 2020. The US presidential election may push some deal-makers to complete transactions ahead of a possible change in administration, while others will plans on hold until uncertainty over the result is resolved. Europe should see a return to business as usual now Brexit preparations are mainly completed but as the details of the future trading relationship between the UK and the EU remain unclear, this may spur transactions during the transition period. In Asia-Pacific the fundamentals are in place for continued M&A, with the caveat that the length and the severity of the Coronavirus outbreak has the potential to deter potential investors and damage insurers' balance sheets."