UK: Magnitsky Sanctions: A Storm In A Teacup?

A set of new sanctions targets might not set the world alight for now, but John Binns, partner in the Financial Crime team at BCL Solicitors, considers what may be around the corner – and should we worry about it? 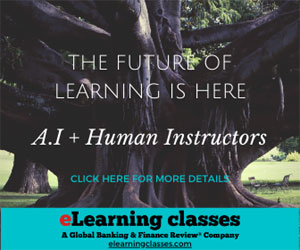 Those of us who are accustomed to dealing with financial sanctions may fairly ask whether there is anything really fundamentally different about the UK's new Global Human Rights Sanctions Regulations 2020. Popularly understood and widely touted as our equivalent to the US' Global Magnitsky Act, the new Regulations target a set of individuals and entities who are accused of breaching human rights in a number of jurisdictions around the world, although, predictably perhaps, with a particular bias towards Russia. But the impact, as far as UK businesses are concerned, is to add a few dozen names to an already very long list of people they may not through absent licences, do business with. So, is it really a fundamental change?

The significance of the Regulations is really about the precedents they set, in at least three respects. The first is of course that these are the first sanctions in a context of foreign policy, as opposed to domestic terrorism, that the UK has imposed unilaterally, under the new powers in the Sanctions and Anti-Money Laundering Act 2018 (SAMLA), as opposed to simply enforcing decisions and regulations of the EU. With that in mind there are a number of details that might be significant. First, though the EU is itself also actively considering a Magnitsky sanctions regime, there seems to have been no attempt by the UK to mention this or to coordinate the two; if anything, the UK seems to have considered the unilateral nature of its actions as a plus. Second, a subset of the designations made so far – relating to Burma/Myanmar – seem to confirm the UK's willingness to 'step on the toes' of the EU's regimes, by listing names that the EU could have listed under their regimes but have not.

This unilateral approach should worry businesses that operate in the UK but have relationships in the EU, or vice versa, because it indicates a willingness to live with divergent, even contradictory, regimes in future. Much of the debate about Brexit of course has been about whether the UK will pivot in future towards a US rather than EU-influenced foreign policy, of which sanctions is a major component. Those who might previously have had confidence that the UK would not fall in line with US sanctions on Iran, to take the most important example, now have at least one indication to the contrary: several of the names now sanctioned by the UK are also on the US list, which might be thought to hint a willingness to follow the US' lead in this area.

The second precedent being set by these Regulations is, for the time being, somewhat speculative. Though the initial list of designations is largely about political torture, the case of Sergey Magnitsky itself, and the journalist Jamal Khashoggi, the Regulations allow listings of anyone, state and non-state actors, accused of committing or being associated with a broader category of breaches of the most fundamental human rights, including the right to life, and the freedom from enslavement and forced labour. Long-term campaigners for Magnitsky measures would go further, by using sanctions regimes to target individuals and entities accused of offences of corruption.

Why should this matter? Traditionally, specialists in compliance have understood sanctions to operate differently to AML: broadly speaking, the first operates on a 'list' basis, subject to a somewhat cumbersome licensing regime; the second is a more sophisticated, risk-sensitive model, involving a slightly less cumbersome regime of reporting and consents. The encroachment of sanctions into the world of serious and financial crime threatens to collapse that distinction: in theory at least, it would enable ministers to blacklist those they reasonably suspect of various serious crimes, resulting in devastating effects on those targeted and those who would do business with them.

The fact that the headlines so far about these Regulations have been overwhelmingly positive risks blinding us to the potential adverse precedents set by the regime. If anything, the government has painted itself as a restraining influence on the enthusiasts for various extensions to it, who have pushed for instance for sanctions against people associated with various issues identified with China, such as Hong Kong's chief executive, Carrie Lam, or others again, following the lead by the US, associated with the increasingly controversial technology provider, Huawei.

For the time being, it would be fair to characterise this as muddled thinking. Whether or not it is a good idea for the UK to take some sort of measures, including sanctions, against China, the concept of Magnitsky sanctions – which, even very broadly defined, are targeted at deaths, torture, enslavement and corruption – are not an easy fit with issues about cyber-security and crackdowns on political dissent. It would also be fair to say, however, that the story of Magnitsky sanctions has been one of calls for action against various perceived evils of the world gathering their own inescapable momentum, and the scope of SAMLA is at least arguably broad enough to cover the kinds of measures being suggested.

What about due process?

The third kind of precedent being set by these Regulations is about the due process rights of those targeted by it. It is in the nature of sanctions, and Magnitsky sanctions in particular, that few people are concerned with the rights affected: in the first set of designations under these Regulations, a set of powerful people said to have been involved in the torture and killing of Sergey Magnitsky himself, and of the journalist Jamal Khashoggi.

But while their enabling Act facilitated the targeting of people involved with political torture, including by instigating or profiting from it, the Regulations and the designations made so far under them go significantly further. By way of examples, the latter include judges who committed Magnitsky to prison, though it's not clear what if anything they are said to have known about his mistreatment there, and the chief prosecutor (incidentally, a close ally of President Putin) who 'intentionally or recklessly' failed to bring prosecutions against those said to have mistreated him.

The quality of the evidence for the required 'reasonable suspicion' is unclear, as is the basis for the minister's belief that sanctions are an 'appropriate' way of addressing this issue. On one view at least, insofar as these are allegations of complicity in torture, a crime of universal jurisdiction, the appropriate response lies in national or international processes of criminal justice, rather than actions by a minister that can easily be, and indeed have been, portrayed as political.

The prospect in front of us, then, is of bold, unilateral and US-influenced sanctions, starting out from legitimate concerns about political torture, but extending out, via corruption and other serious crimes, to the broadest possible range of targets to serve the UK's foreign policy interests, and with an evidential and procedural legitimacy that is unclear.

There are surely few UK businesses with a worldview so parochial that they do not see the threat involved in that. Today, we see a handful of names added to our sanctions lists, with whom we may not have done business with anyway. Tomorrow, it seems, those lists could have the potential to include pretty much anybody.