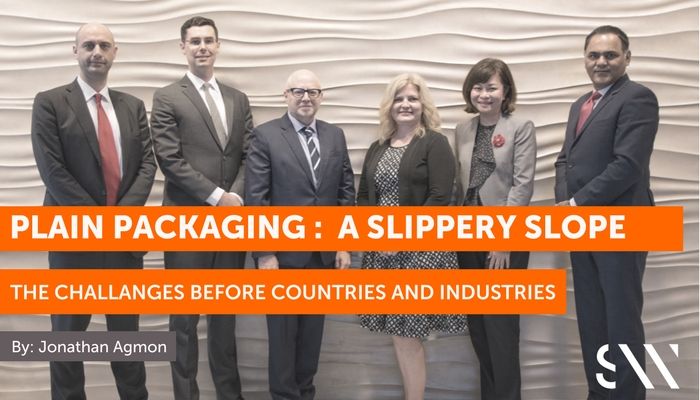 In 2009, Tropicana decided to change the iconic design of its orange juice boxes to modernise its image, hoping that it would appeal better to consumers. But little did they expect that the repackaging would see sales plummet by 20 percent in just over two months, with a loss of US$33 million in sales value. Consumers had rejected and heavily criticised the new design, saying they were confused by the new look which made the brand seem cheap. Following this failure, the company reverted to its original packaging.

Tropicana's lesson highlights the important role that packaging in brands play to help consumers make decisions according to price and quality, said Samir Dixit, Managing Director (Asia-Pacific) of Brand Finance. Once removed, in a move which is called "plain packaging", consumers' decisions are compromised, leading to far-reaching consequences for businesses and industries, he added, in a forum on plain packaging threats to intellectual property (IP), organised by the International Trademark Association (INTA) in February 2018 in Singapore.
"Packaging has a very important role to play. It simplifies the choice for consumers. When we introduce plain packaging, we're taking away the fundamental right of making and simplifying a choice for consumers," added Dixit.

Landmark ruling
Plain packaging removes all company branding, which includes brand colours, logos, and trademarks, and replaces them with a standardised product packaging. It has already been introduced for tobacco products in Australia, France, United Kingdom and Ireland, in a bid to discourage people from smoking, citing health concerns. But according to brand owners, academics and lawyers at the forum, plain packaging could have wider implications. In fact, the World Trade Organization's (WTO) upcoming decision on Australia's plain packaging law on tobacco could have major repercussions, said Bryan Mercurio, professor from the Chinese University of Hong Kong.
"I think this case will be a green light for other sectors, if allowed without the evidence of success," he said, adding there was little to no evidence that plain packaging has actually helped reduce the rate of smoking in Australia. "The evidence is very equivocal as to the effect of plain packaging. While we want our legislation to be evidence driven, this really is not."
Seth Hays, chief representative of the Asia-Pacific region for INTA, agreed, describing plain packaging as an 'activist' movement: "It is activist in the sense that people prefer action rather than making a fully informed decision, and not about having the evidence based legislation to achieve a public policy goal."
"There are alternative measures to achieve the public health goals, instead of attacking trademark law, which is a very well-established area," he added.

If WTO upholds Australia's plain packaging law, this may set industries on a slippery slope, according to Tish Berard, President of INTA. "Any consumer product deemed unacceptable could then face brand restrictions. This opens the floodgates for governments and activists to restrict any behaviour they deem unacceptable – numerous industries beyond tobacco are at risk," she said. She raised the example of Chile's food industry, where in 2016, the government passed a law that banned the use of attractive cartoon characters on food products to counter the country's rising obesity rates.

The absence of brand differentiation could also lead to a lack of innovation. "Removing the incentive to innovate to create new products and market them creatively could eventually lead to a race to the bottom, with companies aiming for the lowest cost and hence the lowest quality product," she said.
She added that plain packaging may not only see a decline in innovative products, but a rise in counterfeits as well, because of a lack of trademarks and logos that differentiate each brand. "At their most basic, trademarks function as a source of information that enable consumers to make quick, confident and safe purchasing decisions," she said.

Plain packaging appears to be at variance with the international treaty obligations that Singapore signed up to, such as TRIPS, the Paris Convention, and ASEAN Framework Agreement on IP Co-operation. The Ministry of Health is currently holding a six-week public consultation to seek views from the public on the proposal to introduce plain packaging to tobacco products, which has raised questions about how such brand restrictions dovetail with the Singapore Government's IP Hub Master Plan. Francine Tan, managing director of Francine Tan Law Corporation, said: "The unintended consequence of brand restrictions may be a growing discomfort amongst IP rights holders that their brands are vulnerable and at risk in Singapore. This seems contrary to the government's intentions to build confidence."

She raised public education as an important and effective tool, in combination with other alternative measures, to shape consumer purchasing behaviour. She cited the example of Singapore's casinos, where measures have been put in place to mitigate its negative impact on families and gambling addiction. "We see public education, self-exclusion orders, support hotlines and social safeguards. Could these alternative measures be a much more balanced and holistic way to deal with a product or activity which one may not wish to promote to the society at large, but is nevertheless legal? There's a more measured way to deal with the subject matter rather than to totally eradicate something so valuable." 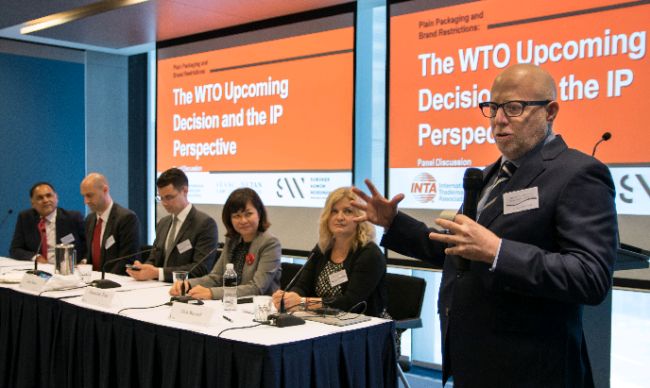