South Africa: When Your Trade Mark Doesn't Feel Quite Right, And When It Absolutely Does

Two trade mark stories for the price of one. Something a Scotsman would be happy with!

There's been much in the news about the fact that KFC has temporarily ceased all use of the strapline It's Finger Lickin' Good. A strapline (or slogan if you prefer) is, of course, as much a trade mark as a brand name or logo, and straplines can be, and often are, registered. 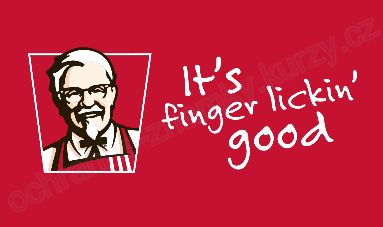 The company has done this because, in the words of a spokesman, "right now our slogan doesn't feel quite right". Or, in case that's a bit obscure, because "we find ourselves in a unique situation - having an iconic slogan that doesn't quite fit in the current environment". Still confused? Ok then, the company feels rather awkward about encouraging its customers to lick their fingers, when the only thing people are being advised to do with their fingers these days is wash them very often!

Given that the strapline has been in use for over 60 years, this must have been quite a decision to take, but what are the legal implications?

Like a puppy, a trade mark is for life (provided renewal fees are paid every 10 years) but the trade mark owner does have to play ball. If the owner fails to use the trade mark for a continuous period of five years or longer, the registration can be attacked by a jealous competitor and cancelled for non-use. But, there is an exception to this rule and this is to be found in section 27(4) of the South African Trade Marks Act, 1993. This provides that non-use due to "special circumstances in the trade and not to any intention not to use or to abandon the trade mark" will be exempt.

So, will KFC's cessation of use of It's Finger Lickin' Good strapline be covered by this exception? A court may have to decide this issue one day, but our take on this is simple - if non-use that's down to the fact that a global pandemic has completely changed the world and made the use of a particular trade mark entirely inappropriate doesn't qualify as a special circumstance, we don't know what does!

We'll end this bit with an interesting aside - a competitor of KFC, Nando's (who we of course know and love in South Africa) may have had a little hand in this. In typical Nando's-style, the company suggested very early on in the pandemic that KFC might want to reconsider the whole finger-licking thing, and that soap was a far better alternative. Cheeky!

On the topic of cheeky and confident brand owners, two of these have had a nice old go in the UK. Aldi, the discount supermarket that likes to sail quite close to the trade mark wind, recently started selling a beer in a get-up that bears more than a slight resemblance to a well-known brand of that Scottish brewer that has so much attitude, Brew Dog. The product produced by Brew Dog is called Punk IPA. Aldi's lookalike is called Anti-Establishment IPA. So, similar sentiments in the names too!

When faced with this threat did Brew Dog do the conventional thing and rush off to its lawyers instructing them to despatch a strongly-worded cease-and-desist letter? Brew Dog did something far more interesting. It announced that it was going to introduce a brand new beer, one with a get-up that looks decidedly Aldi. And the name of this new beer - Yaldi. You may think that Yaldi is simply a childish play on the name Aldi. But it's actually a word in Scotland, one most likely to be heard in Glasgow.

So, just what does Yaldi mean? It's apparently something you say when you're very happy or excited. But I'll let the newspaper, The Scotsman, tell you just what it means: "Just won £100 on the horses? Yaldi! Your pal got tickets for the gig? Yaldi! Everybody is coming out tonight and it's going to be a pure barry night out? Yaldi!"

Two big brand owners confident enough to deal with trade mark issues in a mature way, a way that quite possibly enhances brand value. There's only one thing to say to that: Yaldi!