by Gerard Du Toit
ENSafrica
Your LinkedIn Connections
with the authors

As any entrepreneur will tell you, the first thing your product needs is a catchy name.

South Africans like to claim Elon Musk as one of their own. After all, he was born in Pretoria. He even went to school in South Africa, so let's not be too harsh on the South African education system shall we? Who cares if Elon in fact made his name and fortune in the USA?

Elon is now seriously rich (richer than South Africa, maybe). According to a Forbes report of 30 August 2020, Elon is now worth some USD102-billion, making him the fifth richest person in the world, just behind Facebook's Mark Zuckerberg. Elon did, it must be said, see an absolutely dramatic increase in his worth over the past year, and he was nowhere near Zuckerberg a short while ago. But Elon doesn't really worry about these things. As he says: "I really couldn't care less. These numbers rise and fall but what really matters is making products that people love."

Indeed, business is all about making products that people love, but how does one brand these products? How or where does one find a suitable brand name?

On 31 March 2017, The Economist published an article entitled "The novelist who inspired Elon Musk". It gives an interesting insight as to where Elon gets his brand names from:

"Not satisfied with reusable rockets, electric cars, giant batteries, vacuum trains and underground roads his latest firm Neuralink hopes one day to build a working brain-machine interface (bmi) which would let its user control computers simply by thinking. The idea is not new – scientists have been experimenting with bmis in labs for years – but Musk's involvement will sprinkle it with stardust."

It went on: "As any entrepreneur will tell you, the first thing your product needs is a catchy name. Brain-machine interface is a bit clunky, so Musk has plumped instead for neural lace, which is short, memorable and glamorous. Science fiction fans will recognise it from the 'Culture' novels of Iain M. Banks, a Scottish writer who died in 2013."

So, one source of Elon's brand names is science fiction. Why not?

Another source seemingly is science fact. According to a report in The Independent, 2 December 2019, Elon was determined to have the name Tesla, because it's the name of an inventor that he seemingly admires, Nikola Tesla. But, as so many business people have experienced, the name he wanted was already taken. So, Elon did what some can do but many can't, he bought it. In 2014, he paid the individual who had it some USD75 000. Then, of course, he wanted the .com for Tesla too. That proved to be far more of a challenge – some USD11-million and a decade of negotiation. We're told that if Elon hadn't managed to buy the name Tesla he would've chosen Faraday, also the name of an inventor, of course. 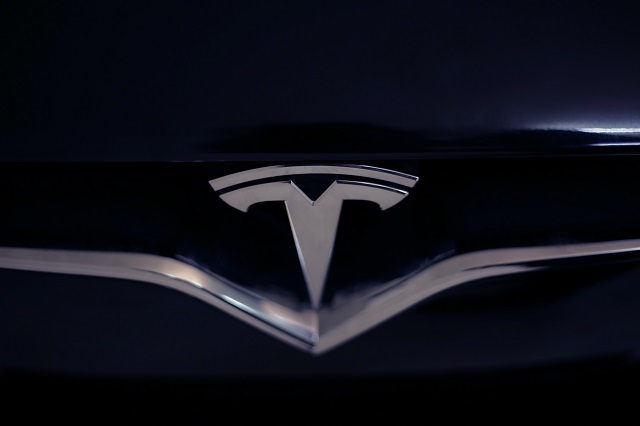 So, is it just a case of coming up with a catchy name? Well, you certainly want a name that can be registered as a trade mark, because without a trade mark registration you're unlikely to have enforceable rights. To be registrable, the name must be distinctive or, as the law tends to put it, capable of distinguishing the product of one company from that of another. But just when is a name distinctive?

A brand name can either be inherently distinctive or it can have become distinctive of a single company's product through considerable use. This generally excludes words that are descriptive of the product. It excludes words that are laudatory, in other words, that praise ("big-up") the product. It excludes important geographical names. It excludes personal names. But made-up words are good. So are existing words used out of context. Obscure literary references can work, as can words from ancient languages.

But the name must, of course, also be available. No matter how distinctive it is, it may already be registered, or something similar may be registered. So, trade mark searching is required. That's where we come in, the trade mark lawyers. The non-billionaires!

We said that personal names are unlikely to work as trade marks. There are, of course, exceptions to every rule, and once again Elon is one. Elon is an unusual name and it's probably safe to say that it's now automatically associated with one man (I'm sure you knew who this article was about as soon as you saw the title). You can't say that about dull names like Jeff, Bill, Warren or Mark.

Elon seems to have made sure that his son also has a name that will work as a trade mark. Which is, of course, something that Beyonce and Jay-Z did when they named their daughter Blue Ivy. In the case of Elon's son, his name may work better visually than orally. In case you've forgotten, Elon's son is: X Æ A-12.

ARTICLE TAGS
South Africa Intellectual Property Trademark
POPULAR ARTICLES ON: Intellectual Property from South Africa
Overview Of Copyright Law And Copyright Registration In Nigeria
Resolution Law Firm
The Copyright Act LFN 2004 is the principal law that governs, protects copyrights in Nigeria, while the regulatory agency that supervises copyright registration in Nigeria is the Nigerian Copyright Commission.
Strengthening Intellectual Property Rights And Protection In Nigeria
Banwo & Ighodalo
Concerted efforts have been made over the years at promoting IP rights in Nigeria with some positive results being achieved.
Types Of Trademarks: All You Need To Know
Abou Naja
As industries race to gain a legal monopoly on their unique innovations through marks registration, we are inundated with an ever-increasing number of products with
A Guide To Trademark Registration In Nigeria
Benchmac & Ince
Nigeria is Africa's most populous nation with the largest economy in the continent and a fast-growing services sector with an increasing need for consumer goods.
Procedure For Trademark Search And Online Registration In Nigeria
Resolution Law Firm
The trademark search is actually the first step for trademark registration in Nigeria.
Navigating Company And Business Name Disputes In Nigeria Under The Companies And Allied Matter Act
Adams & Adams
The much needed developments aim to address the rapidly transforming corporate landscape in Nigeria.
FREE News Alerts
Sign Up for our free News Alerts - All the latest articles on your chosen topics condensed into a free bi-weekly email.
Register For News Alerts
Article Tags
South Africa Intellectual Property Trademark
Related Articles
Looking For Balance In IP Law ENSafrica
Intellectual Property Rights – A Key For Stimulating Economic Growth ENSafrica
SA Court Gives Swatch A Hard Time ENSafrica
A Sweet Solution To… What Exactly? ENSafrica
Everything You Need To Know To Apply For A Trade Mark In Somalia Adams & Adams
Mondaq Webinars
International Transfer Pricing Trends from a Swiss Perspective - Practical Tips and Lessons Learned
Tax Partner AG
Webinar Zurich Switzerland
Survival Kit for the Latest Trends in U.S Trade Enforcement
Braumiller Law Group, PLLC
Webinar Texas United States
More Webinars
Comparative Guides
Labour and Employment
Private Equity
Mondaq Advice Centres
Global
Trademarks in SAARC Countries
Global
Investment Immigration
More MACs
Upcoming Events
Mondaq Social Media